It's a good thing this game wasn't televised in the Bay Area because the Warriors got stomped on by another Pacific division foe. 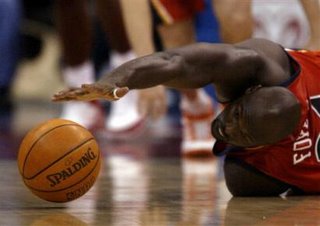 This is the closest the Warriors came to grabbing a board today.(AP Photo)

Even without seeing the game on TV, we can sum up the loss in 5 sentences.

Anyone catch the game in LA or on League Pass? Drop your knowledge in the comments.

The Warriors face off against the Clips tomorrow night in Oakland. Redemption or continued schooling?