Well there we were. David vs Goliath. Today the Warriors faced their biggest fear on Arizona. Today they faced the team that they should be. And, well, we got our @!$#s whooped. Whooped good. ...real good. I think that every Dubs fan knew what we were getting into today. Playing Phoenix. A premiere team away from home the day after going up against the Heat. (yet another premiere team.) What could possibly come of this, I wonder? For many of you loyal readers, you may have figured out that I am the last one to make excuses for the Warriors. When they do well, I'll give them their praises. When they do bad, I rip them a new one. So you're probably wondering why I have already thrown out so many reasons for our loss that has had nothing to do with the actual performance of the team. The answer? To get them out of the way. Let's get down to business... 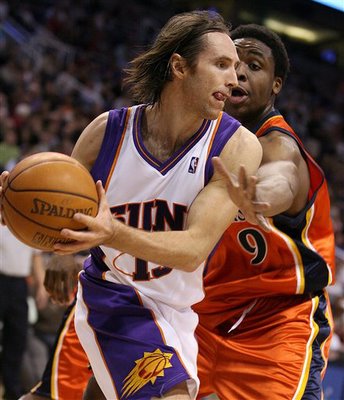 (AP Photo)
Box Score | Recap
Okay, it was a losing battle from the first quarter. Again, it seemed as though our competition got off to a solid scoring start before we even realized that we were in the middle of basketball game. The Suns must have attached sniper scopes to their heads before the game because they outshot the hell out of us. At the end of it all, they had gone 52% from the field, 13 for 25 from the distance. Us? 38% going 8 for 30 from beyond. You've all heard my rant on the W's constant abuse of the 3 shot. Well tonight we outshot the only team in the NBA that shoots more threes than us. And we missed. A lot. My disappointment lies mainly with Baron Davis, and to a lesser degree Jason Richardson. (I use their real names when I'm mad at them.) These two are the leaders of this squad and the biggest potential playmakers on the team. Instead of going inside, throwing inside, looking inside, or waiting for a cut, all we got were more threes. I don't know what kind of microphones they had on the rims in Phoenix but Baron, your bricks were LOUD. Everytime you missed a three I was able to hear the "DOINK" echoing through my house. And everytime I heard it, I died a little bit inside. 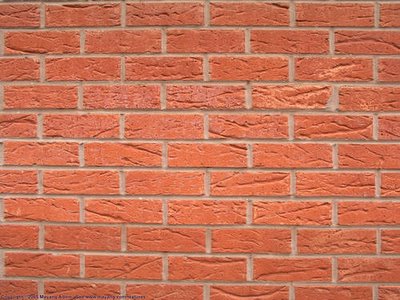 One for each of your shots, boys!
(AP Photo)
Now, that being said, I was pretty pleased with our performance as we closed out the first half. For those of you that watched the game, you may be confused as to why I was pleased that we were missing easy chances on high percentage shots as the half came to a close. Forget making them, we were TAKING them. As I said before, I would rather see our boys do just as bad while getting their hands dirty on the inside than watch them throw up brick after brick from the halfcourt line. I didn't mean for them to take that so literally though. Also, we actually outrebounded Phoenix tonight! One of our major woes this season has been crashing the boards and tonight I feel like we were more aggressive than usual. Now, this is probably because we were shooting so poorly that potential rebounds were abundant, but nevertheless, we got our share! So TMurph (11), Dun (9), Ike (8) JRich (7) and Zarko (11), I tip my hat to you. All in all, it wasn't the worst that we have played all season offensively. Our defense woes continue to plague us however. It seemed that Phoenix was able to score at will on us. When a team has 6 players that all score over 15 points on us, I'd say that's a pretty good indicator that we need to be setting our D better. Ironically, if the W's aren't going to improve their defense and start shutting some teams down, they are going to need to start taking their offensive game to a Phoenix's level. Personally, I think it would be easier to put a damn hand in their face as they shoot. Props to the Canadian for his incredible 16 assists and his double-double, props to the Matrix for his double-double, props to Kurt Thomas for his double-double, and props to the Phoenix cheerleaders who probably got a double-double on us too. Saturday we have the Kobe Show. Oh, also I think they have some other players coming down with him to play against us. They'll probably be wearing the same jersey as him and occasionally touching the ball. Hopefully Kobe gets confused and repeatedly dishes the ball out to Fisher for some threes. Warrior Wonder: I can't believe I'm about to do this. You're getting stronger out there and while you may not be earning your paycheck, you may be on the path to consistency. Everything I stand for prevents me from actually saying your name, so I'll let the picture do all the talking. Good job kid. 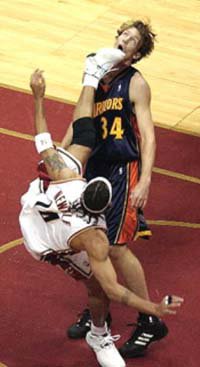