Cavs 114, Wizards 113 (Cavaliers win series 4-2): If you're a basketball fan, you should feel robbed that this series didn't go to 7 games. Except for the first one, every game in this series was a delight to watch. There wasn't much defense, but there was tons of drama with two overtime finishes.

Gilbert: Stay up dogg. Don't stress about those missed free throws. You brought your A game.

Damon Jones played less than 14 seconds and won the game by knocking down his first 3-pointer... of the season!

Now that the entertaining Washington Warriors have gone fishing, they seriously need to trade for or sign a decent big man who can play defense. They need an intimidator almost as bad as the super-soft Golden State Warriors. The Wizards have some nice pieces, but it's going to be tough for them to play consistent and maximize the talents of Arenas, Jamison, and Butler if they don't find an intimidator. Kenyon Martin would be a great fit. 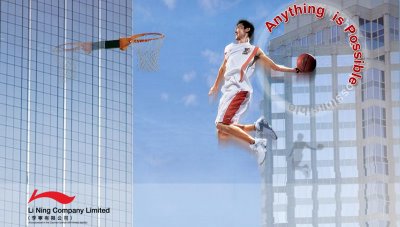 Anything is possible... like losing the game on a 3-pointer by some random scrub.

Spurs 105, Kings 83 (Spurs win series 4-2): If you're a basketball fan, this game was incredibly difficult to stomach. Bontest looked pretty banged up and couldn't bring out their usual nastiness and the San Antonio Spurs were dominating in their usual boring way. Bonzi's earned himself a lot of money with his play this series. Props to him and Artest for making this series respectable.

Look for the greatest Kings coach of all time Rick Adelman to coaching somewhere else next year. The Maloof brothers have left him hanging without a contract extension and tried to get Phil Jackson to coach the Kings behind Adelman's back. That's disrespect that Adelman doesn't deserve. The Kings are a shady organization for trading CWebb (their savior) and dissing Adelman. CWebb and Adelman put that hick-town on the map. Warriors Nation- forget the Twardzik-Adelman nightmare. How about replacing Monty with Adelman?

Coach Rick Adelman asks the Maloof brothers why they don't give him any respect.

The Spurs' ass-whopping was so boring that it left Ron Artest snoozing.

Boxscore Badboy
Gotta give it up to the former Warriors (painfully) populating these playoff rosters:

Whatta first round of playoff action! Stay tuned at Golden State of Mind for the best NBA Playoff coverage this side of Inside the NBA on TNT with the Daily Play Hype.