From Sekou Smith of The Atlanta Journal-Constitution:

The veteran forward and Hawks co-captain is an unrestricted free agent and said the Hawks have made it clear they have no intention of re-signing him. They could, however, re-sign him and then trade him.
The Indiana Pacers, the team Harrington left in a sign-and-trade two years ago to join the Hawks, and the Golden State Warriors are the teams making the most noise, Harrington said.

"I have a genuine interest in both of those teams," he said. "My only focus is getting back to the playoffs and eventually competing for a championship." 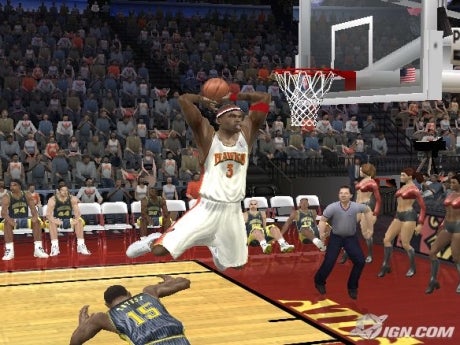 Al's good in the video games too!

Don't ask me how Mullin and Higgins pull this off though.