Before we roll into the upcoming regular season, let's take a look back at this current roster with a recap of their previous season (except for the rookies) and a prediction of what's coming up.

Hey! We finally got Ron Ron! Wait no...wrong one. 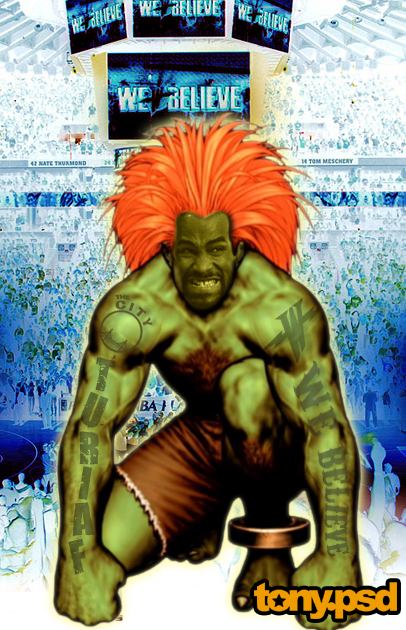 This one is a bit more intense....

You know what...at first I was pretty upset with this pick up. Out of all the people we could have signed in the offseason, was this guy REALLY worth 17 mil the next 4 years? Can this man really add to our defense like we hope him too?

Then I realized...after losing Pietrus, we needed another goofy French guy. More on this and some lessons on the freshest dance moves after the jump!

Hey what did you really expect out this guy or the Lakers at the beginning of last season? Sure, he did gain a starting role at the beginning of the season but he was overshadowed by Kobe's drama and having to play forward alongside Lamar Odom. Then after the steal of the year (Gasol for who? Oh right, draft picks) Ronny was sent back to the bench. He got a few times to shine during Gasol's injuries, but on average, he was nothing more than 18 minutes, 6 points, and 4 boards a game.

But then, on a quiet July day....Turiaf's life and career changed. 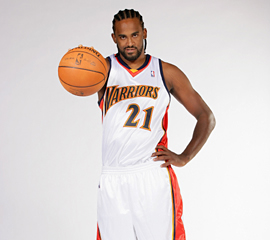 Prepare for this man to take over Thunder's role. Sure we all miss our acrobatic, high-flying, pizza-tossing, gettin-all-the-Warrior-girls-numbers mascot, but can Thunder do this?

Is Ronny Turiaf sane? (via Odenized)

This man is going to take Pietrus's role to the extreme. And no, I'm not talking about walking with the balls off mistakenly, I'm saying this man is going to bring the fire that our team needs for the next year. 4 MILLION DOLLARS worth of intensity.

Big ups to this man and overcoming all of his health issues. He's the definition of a true warrior.

Maybe this guy just needs better fans around him that will appreciate what he brings to the table and with our "defense," I can see this man grabbin boards left and right while Beans gets some time to rest. We need this man to do essentially what Austin Croshere was supposed to do last year...let our starters get some rest and make sure we don't get destroyed on the boards. Bare minimum - he won't be a Warrior killer. That's a good enough reason to get this guy on our team.

I envision Ron Ron being great success for our next year (if there is something as a success next year...) and I expect this man to electrify the Roaracle just like Blanka would. And hey, at the very least we'll get some entertaining dance moves right?

Ronny Turiaf impresses Pau Gasol with his dancing (via emmaknightley)

By the way, this guy was meant to be in the bay!

Ronny Turiaf gets Hyphy (via jsic)