Share All sharing options for: Warriors vs Lietuvos Rytas -

We knew this day would come. All we could do up until now was practice as hard as we could in order to be the most elite basketball machine we could be. But was it enough?! Are we the Warriors that we need to be to beat our most feared team of all teams that happen to come from Vilnus, Lithuania and has bred Basketball powerhouses such as Sarunas Jasikevicius, Sarunas Marciulionis, Robertas Jacvtokas and (dare I say it?!) SIMAS JASAITIS?!!!

That’s right. Don’t step to Simas lest ye be served. 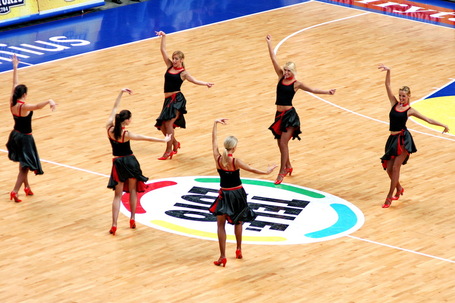 Well it turns out that even though this is a meaningless preseason game, we at least have an excellent opportunity to broaden our horizons through the magic of Wikipedia. Did someone say Fun Facts? I THINK THEY DID!

Whelp! That’s all I have to say about that. Go forth Warriors and serve the Rough Rytas. Remember, if you don’t pull this win off…

…it doesn’t make a hell of a lot of difference...