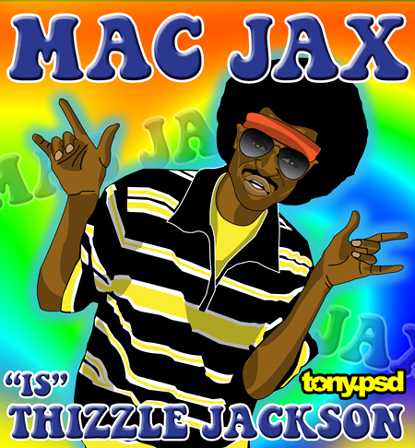 Since last season, a handful of fans at Warrior Games have told me "You should do a Mac Dre drawing of Stephen Jackson..."  I could picture it in my head but couldn't get an idea out till my homie told me to draw the "Thizzelle Washington" cover. I lashed out at the Sacramento game and drew up the "Thizzle Jackson" artwork for the upcomin' Thursday game vs. Detroit. I figure that if my wife's gonna rock a Biedrins "Double-Double" sign and I didn't wanna be left empty handed! It's gonna be hard missing us at the game on Thursday with this on hand! Enjoy.