Share All sharing options for: RECAP: Warriors 97, Cavaliers 112 – Now What? 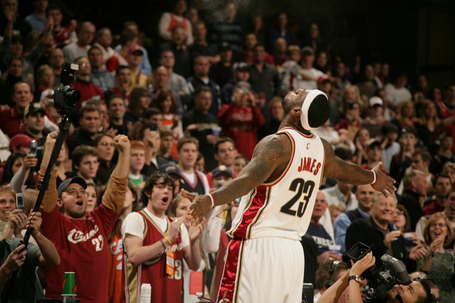 This guy's a king

The Cavs are looking at their best start in franchise history.

Off to a Fresh Start

After getting destroyed by the Wizards on Tuesday and then recovering against the champion Celtics on Wednesday, I was really hoping that the Dubs would come out and play hard with some good energy.  Lucky for me, that's exactly what happened.  We started with a 15-4 lead and BAM, I started having faith again.

On silly R Dizzle, why would you ever have faith in the Warriors?

Cool Beans - cept not really cause he didn't play that well.

What goes up...must come down.  And unfortunately for us, it wasn't the ball into the hoop.  Coming off a fiery first quarter, everyone forgot how to shoot, and nothing seemed to go in. Don't believe me?  Let's look at some stat lines shall we? 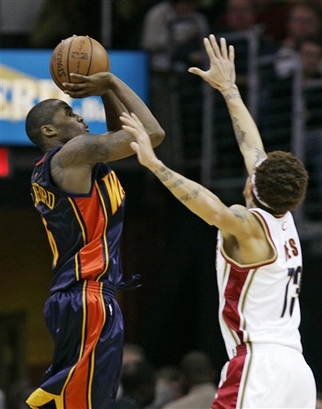 Betcha that didn't go in

Not so cool beans, huh?

Third Quarter's don't seem to fair to well for the Warriors these days seeing as though they only scored 16 points and the Cavs pulled out 36 points.

Whateves - at least we got to see the young kinds put in some good time.

Anthony Randolph isn't looking SO bad for a young rookie - the guy obviously has a lot of energy and plays with a lot of heart.  I see this man hustling and putting it in on every play.  However, it is VERY obvious that he needs to stop dribbling the ball down and shooting every J that comes his way.  He's no Stephen Jackson and nor should he try to be.  He's getting some monster blocks every now and as long as he can stop pulling silly shots...he's got the making for a great player in the future.

Brandan Wright - same ol same ol from this guy.  He needs more playing time to define himself and come into his own identity.  I'm still going with the potential card but we'll see what comes of it.

Didn't really pay attention, not much to see except...

He's going to be starting by the end of the year - I guarantee it! 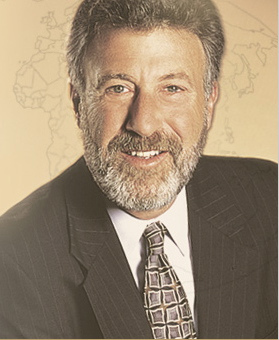 He's got Rob's back!

LeBron James and The Cavs

Maaaaaan they are looking good.  It's just Bron Bron either, all of the Cavs players are playing superior ball and are sharing the hotness together.  The Celtics are going to have a run for their money deep in the playoffs and it'll be interesting to see if the Cavs can keep this type of ball play throughout the year.  Either way, they adjusted well to Nellie ball and as Don Nelson said at the end of the game,

"They had their way with us in the second half," Golden State coach Don Nelson said. 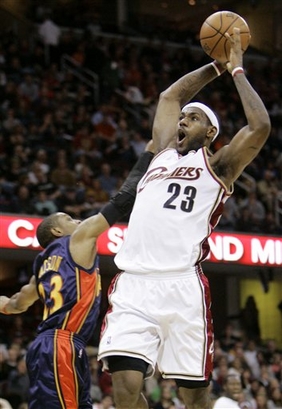 God do I hate you

No no, I'm not talking about how LeBron's going there in 2 years, in fact, why don't we not even discuss that topic cause I don't want to think about who's going to be on the Knicks then...

The Warriors are going to the Knicks!

I seriously hope we don't end up 0-5 at the end of this road trip.  WE CAN BEAT THE KNICKS.  JC will light it up..just you wait!

FURTHERMORE, I seriously hope someone blocks the crap out of Al Harrington...hope he gets what he wanted...