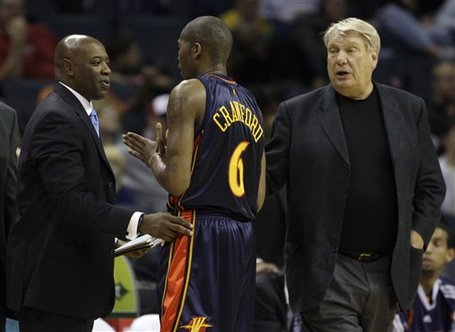 Thanks to these three … we’re not the worst!

Without Corey Maggette and Stephen Jackson the Golden State Warriors snapped a 5 game losing streak by beating the Charlotte Bobcats last night in Charlotte. The drama and despair has been looming ever so strongly over the Warriors for the past few weeks, it was nice to see that they pulled one off to give us a little breathing room until Monday.

This game was more than just our Warriors beating a weak NBA team. No this game had its own twists and turns.

- Nellie giving up his defensive reins.

- Azubuike finally has a good game.

Let's find out how the drama unfolded shall we?

Those of you who didn't know the bird is the word!

We won last night with our defense, Crawford's excellent game and Buike's break out of a slump, but I hate to throw out this disclaimer ... we beat a crappy team so let's not all get our hopes up. In the meantime we can at least savor our victory and breakdown our efforts last night:

Last night coach Don Nelson explained to the media that he was now changing up his coaching style and handing over the reins to Keith Smart to control the defense. While Nellie will still be in charge of the offense he explained that his old age and patience is getting the better of him and decided to give Smart a shot. At first I was surprised by the decision but then two minutes later I was elated. Nellie has always been a mastermind offensive coach but all the years and all the teams he controlled defense was never his strong suit. The first thing I thought of was his years in Dallas. Great runs with potent offenses the Mav's always made the playoffs however their defense was their collapse. Then came along Avery Johnson who in my mind got the coach of the year award only because of Nellie. Avery took Nellie's offense and instilled a little defense and WALA ... they made the finals.

Now I don't think too much will change on our team but I am excited for the opportunity that our team will play a little more defense and could possibly win a couple more games. It was interesting last night to see how these two coached our team. Nellie was up yelling out plays while the team was on offense and coach Smart was up and yelling out schemes when the Bobcats had the ball. Even more interesting was the scene during timeouts. Coach Smart had the drawing board and was ordering the Warriors around when they had to make defensive stops. I'm sure it's going to take a while especially when all our starters are back, but given some time and Smart's intensity I'm sure this will only be for the better.

Now again let's not get all get excited about this given the fact we beat one of the worst offensive teams in the league ... but like I said we'll take it. 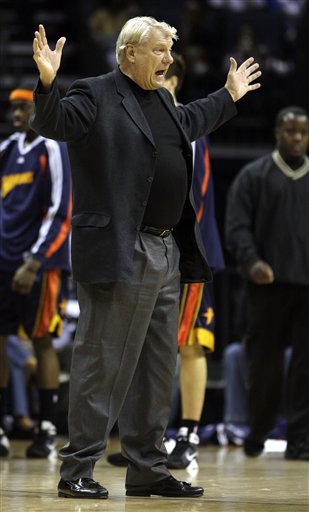 Got to give it to Nellie for being Smart enough person to hand over his D (get it?)

This win also could not have happened if Crawford didn't have one of his best games of his career. 2 points shy of career high; Crawford shot 14 of 26 from the field and made 17 of 18 at the free throw line. Somehow with all that shooting he was also able to dish out 5 assists. What I like about this game is that it shows us how good he can be. The problem with Crawford is that he's inconsistent. One night he'll have 50 the next night he'll have 11. But I'm ok with that. Once we have Maggette and Ellis back, we won't need him to score 50 every night. We will have the options outside of Crawford to let his game come to him. With Turtle's success in New York (which I'm happy for him) I still believe we improved with the trade and happy to see Crawford in a Warrior's jersey. Especially after last night. 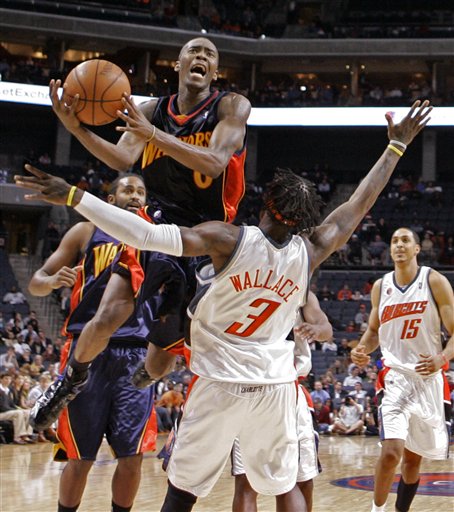 I didn't know he could do that?

We beat the Bobcats. Yaaay! Bobcats for the most part are just a younger (not by age) inexperienced Warriors team. They had decent shooting last night and had 26 points from Wallace and 21 from Bell but just could not stop our Warriors offense. I didn't think it was possible to be worse than us on defense but the way Crawford was running past Bell and Diaw I was happy to see. I'm looking to see when we'll play them again.

As one of my favorite players I've been very hard on Kelenna Azubuike for the past month. In my eye's he's finally snapped a 5 game poor performance and contributed to our victory. With 21 points and 13 rebounds Buike was a key factor in crashing the boards and making defensive plays. I'm hoping he can step up his game and play the way I know he can. Maybe he's more productive off the bench? 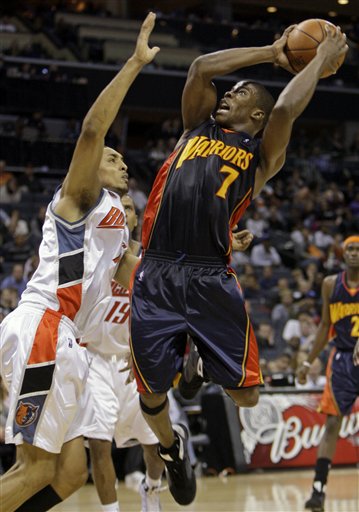 Buike where have you been my friend?

Wright, Randolph and Morrow each played 8 minutes last night. The best part is that Brandan Wright got the nod to start because of his breakout performance the game before but unfortunately took the advice of the old Biendrins and fouled the minute he got onto the fool. He ended up with 0 points for the game. Yea ... 0. Randolph and Morrow truly didn't have enough time on the fool to show anything so sat most of the night. I'm still hoping we can give them more time to develop. Who knows why they aren't getting that shot?

Will this new system work? Are we seeing new a Warriors team out there? Too early to tell but I'm excited. The question is how will Maggette, Jackson and Ellis handle the new scheme? Monday will be a great test!

Crawford and Nellie. Hands down Nellie deserves a lot of credit for being big enough to know his strengths and weaknesses. This was a great move and I'm excited but the fact is that without Crawford's 50 points last night we might be singing a different tune this morning.