Didn't watch the game? No worries. All you need to do is hit the jump and scroll down the page slowly. 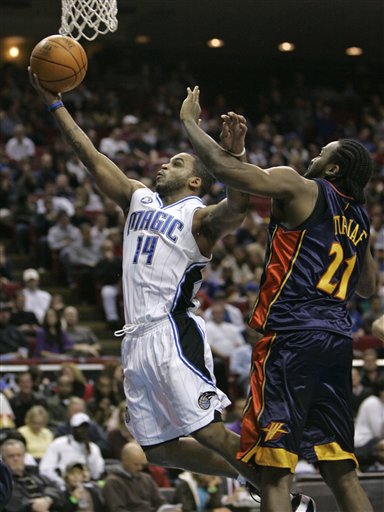 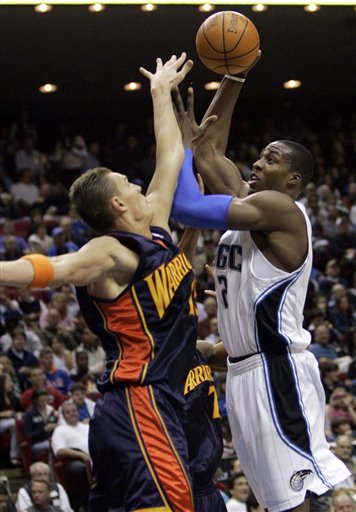 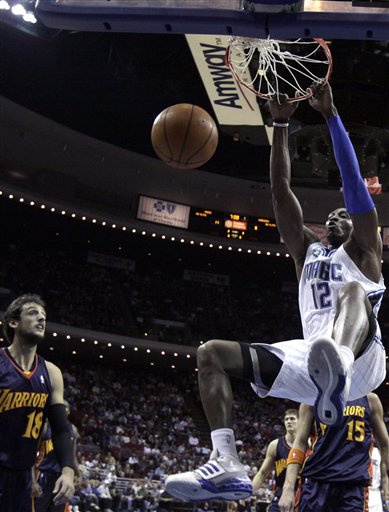 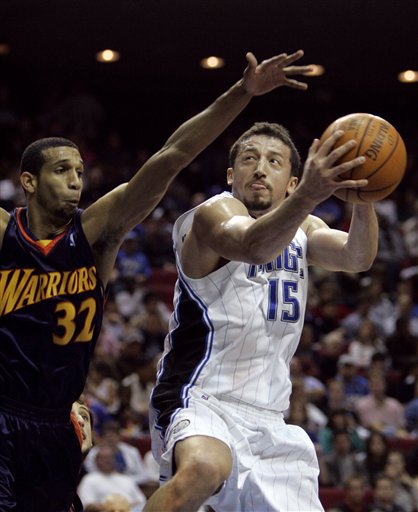 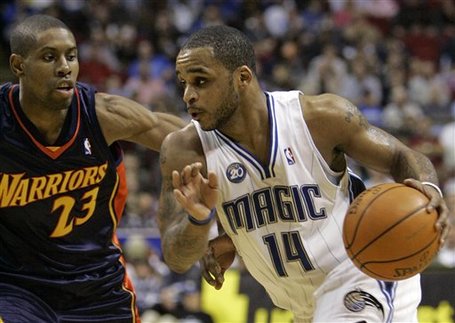 Now you can say you watched the game. All Magic, all the time. Come to think of it, it was kind of the Jameer Nelson Show tonight. 9-9 from the field including 4-4 from 3.

This game was U-G-L-Y. Disgusted? Not anymore. I think it's starting to border more on nausea now. Every time I see that Warriors logo, I get this gag reflex. I've had to take down all my Warrior posters and put the Warrior jerseys away for fear of hyperventilating and throwing up all over my room.

You know how bad this game really was? Marcus Williams got to play. Marcus freakin Williams got 9 minutes. You know the game isn't close when Mr. DNP-CD gets nearly double digit minutes.

Wait wait wait. No this game was SOOOOO bad, Adonal Foyle got to play. I mean, that's the most insulting thing the Magic could have done.Prior to this game, he played in just 3 games. Talk about kicking a man when he's down. Throw some more salt in these wounds.

Oh you meant, highlights from the game?

There were some former Warrior highlights

Actually here are what the "I Love the Warriors No Matter What And If You Criticize Them You're Not a Fan" folks want to see...

Warrior Wonder
I wonder when we're going to resemble a decent NBA team.

I wonder when Monta Ellis comes back.

I wonder what % chance we'll have in the lottery.

I wonder who really shot JFK.

I wonder when Nellie is going to step down.

I wonder if Cohan will ever sell.

I wonder how long it's going to take for us to make the playoffs again.

I wonder (as YaoButtaMing likes to ponder) if vegetarians eat animal crackers.