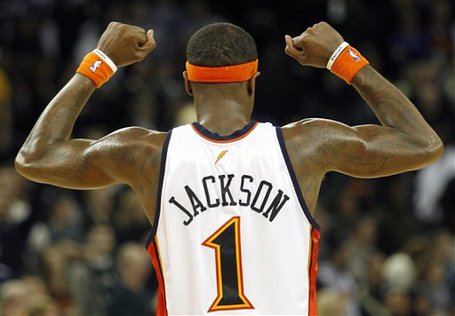 Thank you Santa for bringing Jackson back!

Wow, did I just miss the greatest game of the year? Did every single one of my predictions fall flat on my face? Is this an early April fool's joke?

Apparently not and from now on I'm going to predict Warrior losses so we can come away with a win. Last night had to mark the best game of the year. Playing a day after Christmas and against the world champions, no one gave us a shot in hell, but our beloved Warriors prevailed at the very end.

But how did we do it? Does Santa really exist? Did my letter reach him in time? Maybe I HAVE been a good boy this year. Thanks to Santa we got Jackson back, a determined Belinelli and a championship team who couldn't keep it together in the end. Let's find out why and how...

The Warriors beat the Boston Celtics last night at the Roaracle 99 to 89 ending their three game losing streak. ESPN's odd maker and analysts predicted only a 22% chance the Warriors could win. They were taking into consideration the Celtics were coming off a loss to the Lakers the night before and the Celtics wanted to get back on track. The Warriors were coming off a 2 day rest with the holidays but had a depleted team with Ellis, Maggette Crawford and Jackson injured. Things weren't looking too promising for us but our loyal fans pack the arena and prayed for a holiday surprise. 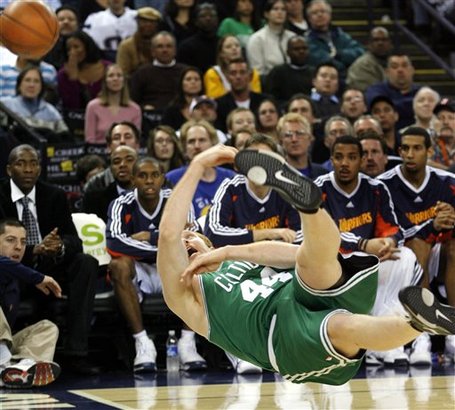 This is just too funny.

First half vs. Second half:

The game started off like we all believed it would. The Celtics hit most of their shots and had a 12 point lead at the half. Garnett and Pierce were having another strong performance but ended nowhere near what I thought they would do. Kevin scored only 14 and Pierce came away with only 21. Many could say they tired out at the end because of a back to back lose to the Lakers, but I believe they got complacent during the half with such a strong lead. You could tell right after the half they didn't push as hard and thought they had this game wrapped up.

The game really came alive in the second half when the Warriors closed the gap in the third to a Celtics 8 point lead. Then in the fourth when we saw the Celtics slowing down we hit them with a barrage of three pointers and clutch shots scoring 35 to their 17 and coming away with a 10 point victory. The crowd made all the difference and even Jackson commented after the game it felt like they were back in the playoffs for that one game.

One thing the Celtics didn't prepare for was that Captain Jackson was back from a hand injury. Jackson lifted our team and had one of those games that reminded us why we love him so much. Only he could have given us the spunk and attitude we needed to beat the best team in the league. I'm thinking with the rest of our starters coming back in January we might actually be a decent team. But for now we had to rely on Jackson catching on fire last night. Crashing the boards and setting up plays, Jackson commanded the ball and rallied the Warriors back in the fourth quarter scoring 28 points with 7 boards and 4 assists. 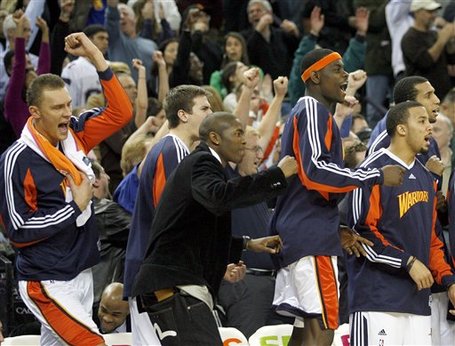 Yea ... I couldn't believe it either!

Taking advantage of his playing time due to our injured starters, Belinelli has had some great games in the past 2 weeks. Last night, we needed another one of those along side Jackson to beat up the Celtics. Marco did not disappoint with 22 points and 4 clutch three pointers. I'd like to see him keep the turnovers down but in the end I was happy to see Marco play well against Boston's big three. Playing practically the entire game without a rest he has drew up 4 assists and 2 steals. More importantly both Marco and Jackson hit all of their free throws going 11 for 11 which made a big difference.

In the end I'm happy to have to eat my own words and I'm sad I missed the game of the year, but seeing how our players showed heart with such an improbable win, this might be a great turning point for our season. Thank you Santa.

Captain Jackson. I will post the best comment on this recap from the first person who can tell me why Captain Jackson is the Warrior Wonder. I'll update once I read them.