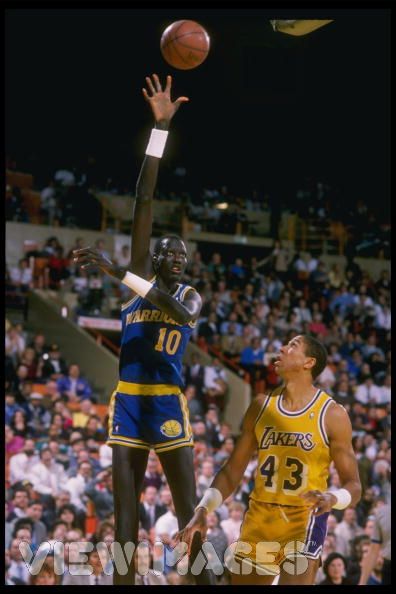 We could use some Manute tonight. Not in the paint though, from deeeeep.

Santa came through last game after YaoButtaMing's letter to him asking for a win against the Celtics. I'm kind of wondering what would have happened if YaoButtaMing had asked for a championship. You never know...

Last year the Warriors had the Lakers in back to back games, one in LA, one in Oakland. Both were epic battles that went down to the wire. Jax came up huge in LA for the W and if not for Fisher pulling down Monta Ellis, the Warriors might have swept the 2 games. Truly was the Cali Wars.

This year is just a little bit different. The Lakers are the top dawg in all the land while the Warriors are all a mess. There's so much drama in Warrior land, it should be a Hollywood movie.

But hey take it one game at a time right? The Warriors already knocked off the champs so let's add the Lakers to the resume of wins.