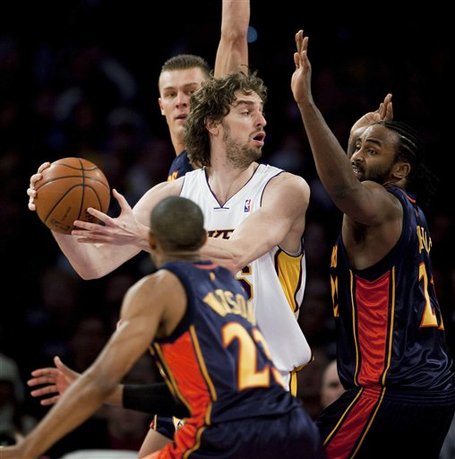 This is pretty much the exact outcome any sane Golden State Warrior fan could expect when playing the Los Angeles Lakers in LA. Warriors play well for about a half and keep pace with the Lakers but in the end the Lakers pull away by 15+ points and the Warriors' end of the bench finishes the game off. Surprise, surprise. This isn't the Celtics on the 2nd game of a back to back coming off an emotional loss. No, this was the rested Lakers at home and on a roll. There really wasn't much to this game. The Warriors played well, but the Lakers are just a much better team. There's only so far this talent can take a team. There's too much talent on the Lakers for the Warriors to overcome. Bynum, Gasol, Odom, and of course Kobe are just too much. 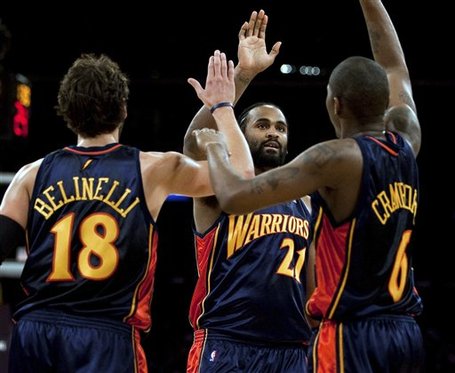 Turnovers
Would anyone like to take care of the basketball? The Warriors had 10 turnovers in the first half and 17 total. Too many of those 130 Laker points came off of uncontested fast breaks thanks to Warrior turnovers. The Lakers had 16 turnovers but they just didn't lead to so many uncontested easy buckets for the Warriors. Most of these turnovers can be fixed. These are just poor fundamentals and not playing within one's abilities. There were tons of passes in traffic that got deflected because the passer was trying to make a low percentage pass. So many of those passes had to be perfect to make it to the recipient of the passes and so much of the time, the defender just stuck his hand out and deflected the ball. It's frustrating to watch these not so great passers try to make great passes. Move the ball but not by making risky passes. 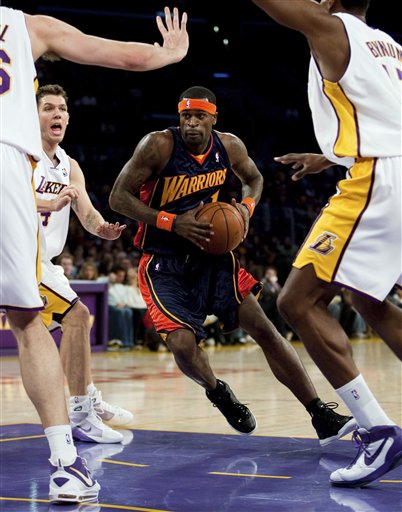 Stephen Jackson is Maddening
Let me say this first, Jax needs to play. He's an important piece on this team because of his ability to carry the team for certain stretches. He's also got the biggest balls on the team and will take any big shot. That said, his play is maddening. For every nice pass is a bad pass leading to a turnover. It's a case of Jackson trying to do too much. He's a #3 guy trying to be the #1 guy. On this team, he's a #1 guy. He's also a decent playmaker when he doesn't have to do it all the time. On this team, he is the only proven playmaker. The team is poorly constructed because there's no point guard (even when Monta comes back) and Jax has been thrust into a position he can't handle. He's got to learn to take better care of the rock, be more patient, and stop forcing passes in and around the paint. The 5 turnovers tonight were just ugly and preventable.

The one thing that he cannot be excused from is lazy D. There were multiple times where he got screened, the ball came out to the guy he's supposed to be guarding and he doesn't close out quickly. He would just mosey his way on over to the defender with his hand in the air as a semi-challenge of the shot. Swish. If he's not going to be amazing on offense, he better step up his D to the Jax we saw harassing Dirk in the spring of 2007. He needs to be the leader on defense 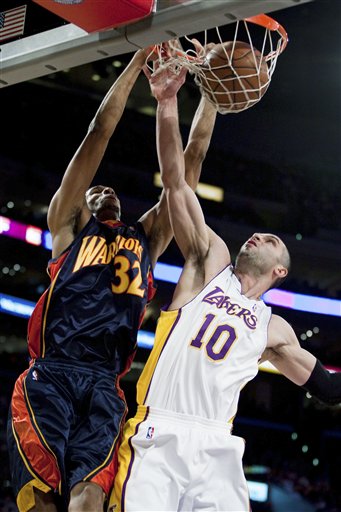 Rebounding
This is just ridiculous. Look at the boxscore. Now look at the Warriors in the REB column. You'll see, 1, 4, 2, 2, 1, 0, 2, 1, 2, 0, and 1. Add those up and you total 16. Now look again at the REB column and notice a 17 in there. That's Andris Biedrins total rebounds. He outrebounded the rest of the entire Warriors team! Someone help Andris on the glass. Box out. Jump. Move. Fight for position. Hustle. Push. Shove. Elbow. Man up. Grab a rebound.

You want to know why Nellie doesn't like to play Brandan Wright? This is our power forward. 31 minutes, 4 rebounds. FOUR! Really? His rebounding of late has been poor so I don't blame Nellie for sitting him in the future. I want him to play, but if he's not going to help clean the glass, he shouldn't be playing. He's 6'10" with a 50' wingspan. Just jump, reach out, and grab the ball. He should be able to grab 4 rebounds in 31 minutes without jumping.

Honestly, that was a quiet 17 rebounds from Andris. Sometimes I just get so used to seeing him grab a rebound it doesn't dawn on me that he's racking up a ton of boards. I mean he played 26 minutes and pulled down 17 boards. Wright plays an extra 5 minutes but grabs 13 less boards? Hmmm. Andris be good.

Anthony Randolph
After a 4 point play by Crawford with 1:30 remaining in the first quarter, the Warriors were up 27-26, Nellie took out Wright and inserted Anthony Randolph. Whoops. Randolph had two awful passes both ending in turnovers. The first was him dribbling the ball upcourt trying to break the full court press. He got trapped right after half court because he took the ball too far on the break and then threw the ball about 10 feet above the head of the guy he was passing to out of bounds. The second was on a made basket by the Lakers. He got the ball to inbound it and forgot that he could roam the baseline to create a good passing angle. Instead he stayed underneath the basket and threw a telegraphed jump ball only to get stolen. The Lakers shut the Warriors down the entire time Randolph was in the game and managed to score 8 points of their own to take a 34-27 lead. Momentum gone, Randolph gone, game gone. These are the types of things that you just can't do against a good team.

Marco Belinelli
I'm still skeptical of Marco thinking his recent play is just a mirage, but I'm happy to see him playing well. He's got a lot to prove but so far, I like what I see. He's certainly not going to be starting once Monta comes back, but he's solidifying his position as a rotation player off the bench. The reason he got this chance to play is because of the injuries to the backcourt (Monta, Crawford, Maggette, Jax), but the reason he's still getting playing time is not only because he's shooting well, but primarily because he's playing defense. He's not the best defending Warriors guard but he's probably 2nd to DeMarcus Nelson. So he plays. And he plays a lot of minutes.

His defense is leaps and bounds ahead of where it was last season. He hustles and generally does a good job of being an annoying, pesky defender. He's certainly not the most athletic or strongest guy but he runs and runs to stay in front of his man on screens and on the ball.

Offensively, I like that he's taking better shots. His shot selection right now has greatly improved. There's less off-balance jumpers, forced turnaround jumpers, and wild passes. To top it all off, he's showing patience with the ball. So instead of these crazy jumpers, he's playing steady and looking to pass. Point guard of the future? No, but he's certainly going to help Monta and Jax with the ball handling duties. 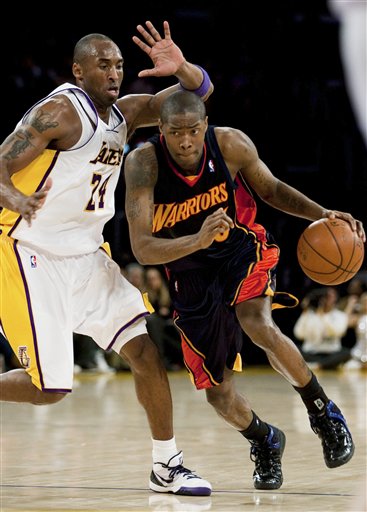 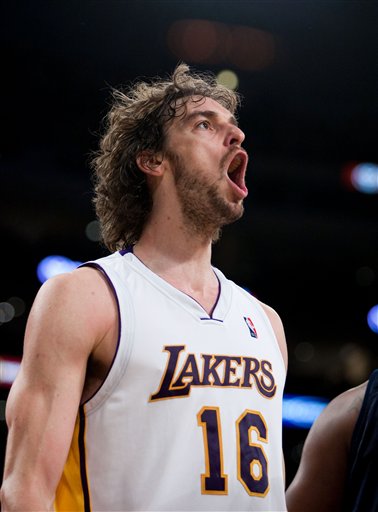 Yaaaawn. Beating the Warriors is too easy.

Andris Biedrins: 17 boards. 8 points. 3 steals. 4-9 shooting. It was Biedrins or Crawford, but had to go with the guy pulling down half the team's rebounds.