Oh yes! THAT was a Warriors team that I hadn't seen in quite some time. Granted, we did just beat the Celtics, but the one stone I'll throw in that department is that the Celtics were not playing anywhere near top form. Again, not to take away from our win at all; after all the Celts are the best team in the league - but tonight...

Well, tonight was just good all around. The Raptors weren't playing like crap at all which means that we strung together 48 minutes well enough to beat a team with some serious threatening components. Oh me. Oh my. 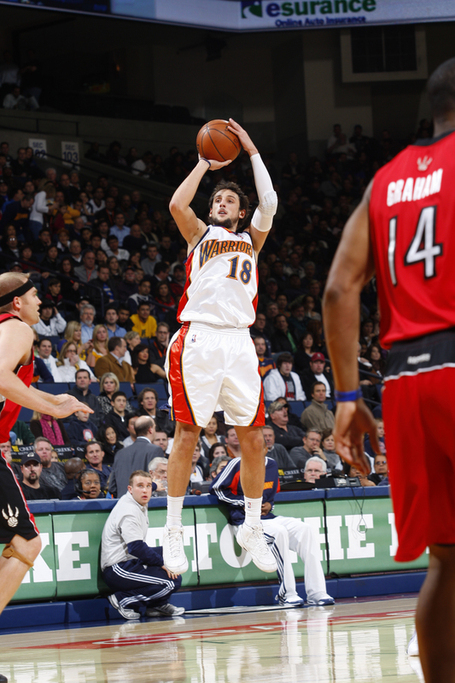 "Ladies and Gentlemen step right up. We got a shootaaaah!!!!!"

Okay, before I go any further, it should be said that I was one of the many who did not get the chance to enjoy the first quarter and a half of this game due to the Sharks. For some ungodly reason, I don't get CSN+, despite me using the very company that the channel is named after. Seriously, I think it's an error and I need to call them, Not sure what that's about.

So as pleased as I was to cut into the game to see Jax with 15, Kabuki with 9 (on 4 of 6 shooting), CJ with 7 (off of only two shots) and the Warriors shooting 51%, I was a little disappointed to miss so much of what looked like rarely seen top caliber Warriors basketball. So... yea. Thanks for that Comcast.

Then again, it's hard to hold a grudge against a company that gives me Back to The Future AND Bill and Ted's Excellent Adventure On Demand so that I can watch them whenever I please. Man, how the Academy Awards passed over Bill and Ted that year is something that keeps me up nights...

Let's get back to the game, shall we?

So what was the first thing I saw after joining the regularly scheduled broadcast? Why it was Belinelli with a buzzer beating three! Followed by Belinelli with another three on the next possession! Is this what you guys got to watch in the first 22 minutes of the game? Now I'm really jealous. And headed to my On-Demand menu to see if they've posted the game yet.

Truth be told, all I really needed to see was the last 2 minutes of the first half to get a taste of what the Oracle saw in the first 24. The Warriors were looking tight. Passes were finding their targets and no open looks were going to waste. We actually looked like..

And just like the Warriors of yesteryear, when this team is on point, they are extremely fun to watch. I was fortunate to be treated to more of this display in the first half of the third quarter where it seemed like everyone was getting in on the fun. There was Belinelli with yet another three. There was CJ was a three. There was Crawford with a three. There was Biedrins with a no look pass to Jackson as he cut through the paint. Seriously, who the hell were these guys?!

I think the entire Warriors organization owes it to the fan base to retrace every step taken today in the Oracle to find out what caused the Warriors to be able to play like this. My bet is they changed the toilet paper in the locker room to quilted. You'd be surprised how much a difference that can make. 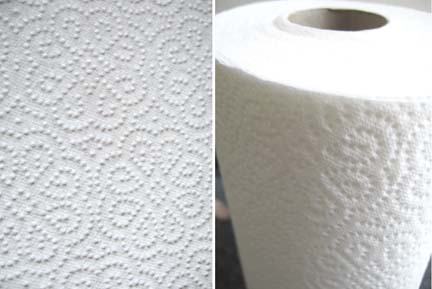 Okay. so we didn't DOMINATE the Raptors. Despite the Warriors excellent play in the first two and half quarters, there were a few times where they got pretty careless. All the credit in the world to the Raptors; they capitalized on this like crazy. As the third wound down, we were treated to some good old fashioned Warriors frustration in the form of a S-Jax T and our once 15 point lead whittled down to 7.

I'll admit, while I wasn't all that shocked to see Jax get a T, I was a bit surprised to see Ronny land his in the start of the fourth. Don't get me wrong here, I'm not upset. Tonight we saw the Warriors play 48 minutes with a fire and passion that we haven't seen in an extremely long time. While I'll never encourage the Dubs to lose control of their emotions; if the energy we saw on the floor tonight comes bundled with a technical here or there, I say bring it on.

As the fourth continued, the Raptors were doing a magnificent job of clawing back into the game. Their countless second chance opportunities were stressful to watch; I recall one possession where we gave the Raptors about 5 offensive chances due to our inability to grab a board.

With three minutes and change in the game, the Raptors had closed the gap to two points and, with the momentum on their side, were well on their way to getting their first win in Oakland in about 4 years.

Was it his clutch midrange jumper over Bosh to lift us to a 4 point lead in the final minute? Yes. Was it his steal that he grabbed on the other side of the floor allowing Jamal to sink another free throw? Yes. Was it his deflection on the next inbound pass that put the ball back into the Warriors' hands up 5 with 26 seconds left?! Why yes it was!

Shall we close it with a breakdown? Okay okay. Breakdown it is.

Overall it was a great game to watch. Now if you'll excuse me, I got a date with On Demand.

Yea. I'm a little torn here. I'm giving this one the Jax, ignoring his 4 turnovers and focusing on his other contributions all over the floor tonight. But HUGE cap tips go to Belinelli for shooting with a sniper scope tonight and C.J. for being C.J. when it counted.