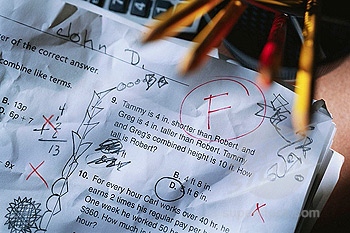 My predictions were wrong. My Math was wrong. And yes, Brandon Roy did play and school us. The Warriors lost to the Portland Trail Blazers last night in Portland on a Saturday evening, eroding our non-negative Saturday night win percentage. This is a GSoM preview I'd like to soon forget. I think the Warriors got a C- for the game. Luckily we have another game tonight with a preview coming up so I'll make this short and sweet.

Take the jump to see how the Warriors lost last night to a pretty good team!

Prop's to Blazers Edge ... we got you next time!

Nellie said it best. I could go into more specifics but I'd rather get a drink this morning. Besides, I'm trying my best to remain positive for that was my new year's resolution. Let's just quickly breakdown why we lost: 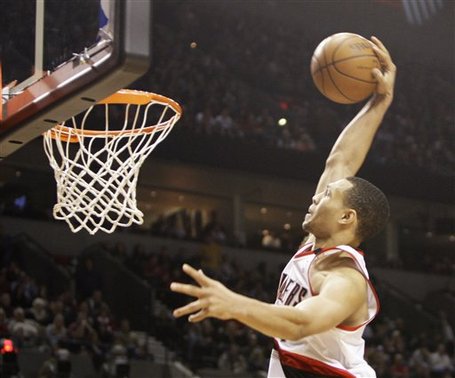 Brandon Roy: He's good. He's very good. I know people understand that and praise him, but I still think he's underrated. For some reason he doesn't get the press I think he deserves and he's the kind of player you'd like to root for (though he's not a Warrior) because he also seems like a genuinely nice guy. Last night we were hoping he wouldn't play but he came out and scored 19 with 6 boards and 5 assists. We WERE leading in the first half by 12 but then the Blazers put Roy (back from injury) in and the game quickly changed. What people don't see on the stat sheet and if you didn't see the game, is that he manages the game very well and acts as a veteran general on the floor. He creates opportunities for his teammates and directs the fast breaks. We didn't have an answer for him.

LaMarcus Aldridge: Not meaning to turn this into a Blazer's blog but Aldridge is a stud. I wish we drafted him when he first came out. He's turning into a pretty nice player this year and I'm hoping our young guys can emulate him. Scoring 26 points, 7 rebounds and dishing out 5 assists, Aldridge definitely controlled the paint and shoved us around. He had a +22 in the +/- stat line while Biens and Belinelli had a -19. I usually don't look at that stat but found it interesting last night. 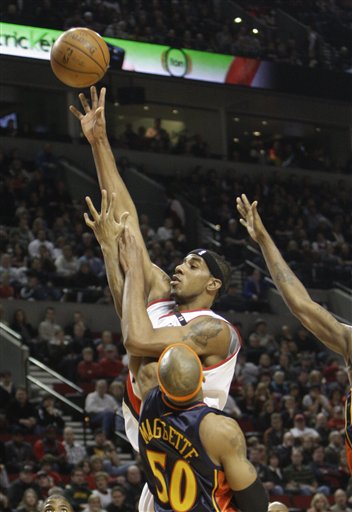 Here's hoping Wright and Randolph can learn a thing or two!

Warriors: We didn't have Jackson which hurt but would that have made a difference? Maybe. However we did get some nice plays out of Buike and Maggette. Both scoring over 20 points, they were the only ones who had a nice shooting percentage even under distress. What disappointed me in the game was the lack of foul calls against the Blazers. The Warriors shot 22 free throws while the Blazers got 31. Not the end of the world but it clearly slowed the game down and pushed the lead larger than it should have been. In the end we just couldn't keep up. We got it within 7 with 3 minutes remaining, but never regained control. 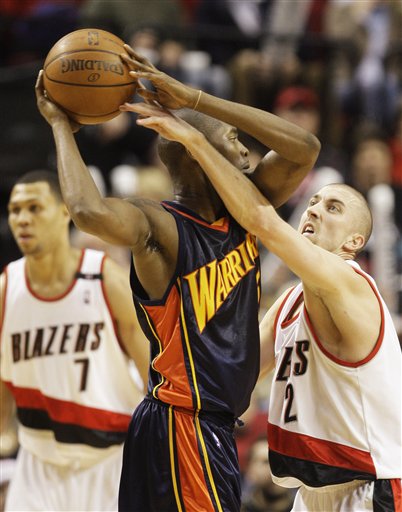 One of those ugh nights!

Jamal Crawford and iso play: I feel like a broken record! Why are we playing so much individual ball. This drives me crazy. I know we do not have an elite point guard to help make plays and distribute the ball, but even so you'd think with all the losing that people would get the point that we can't do it alone. Crawford had one of those games that makes me shiver! He didn't pass, took way too many shots, and tried to do everything himself. It's like a disease that spreads because when the other guys don't get the ball, when they do get it, they act the same way. In a sense Buike and Maggette did the same thing but fortunately for them, their shot was falling. Now granted if Crawford's shot fell and scored 40 points then we'd all be praising him, but you'd hope if it wasn't you'd know when to pass the ball. Either way ... give us a good game tonight Crawford!

Now with an extended home stay let's pray this will brighten up our season. When is Ellis coming back again?