Share All sharing options for: Polling GSoM: Who won the 2007 Warriors-Pacers trade?

Flip back to the archives (writings and comments) about that trade. It's pretty entertaining- way more than this Unwatchable Baby! season.

A quick look at the 8 players 2 years later:

Also in case you missed last night's W courtesy of a MIke Dunleavy misfire (those seem to go hand in hand at the Roaracle)... 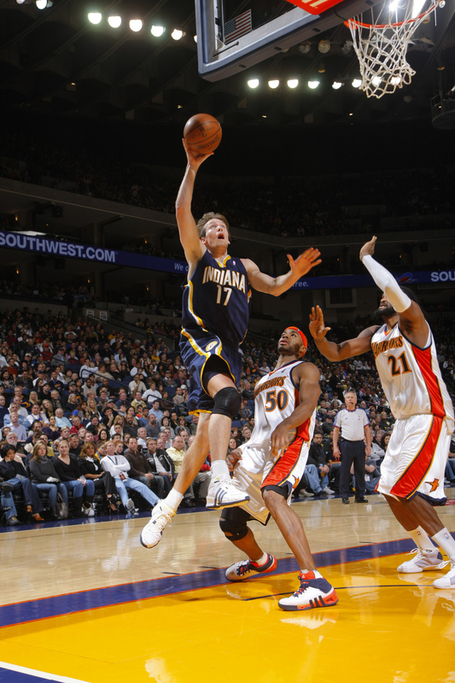 Corey Maggette: "Is this guy seriously about to airball a layup?" 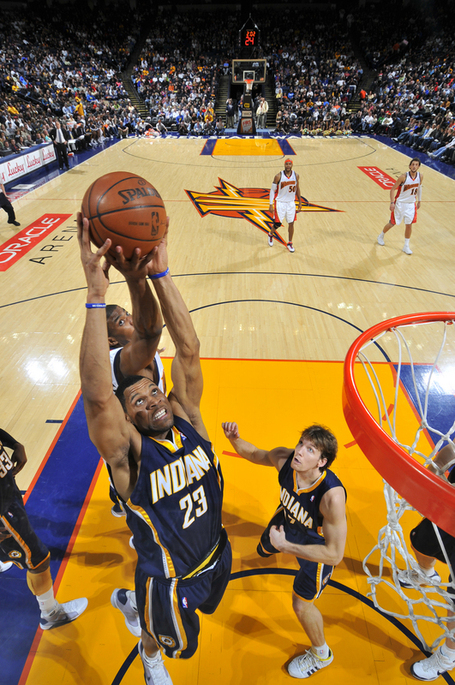 Dun using his "smarts" on this fantastic box-out! 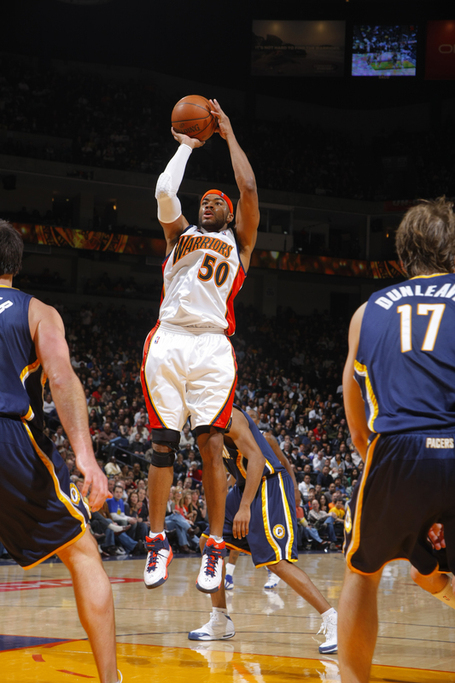 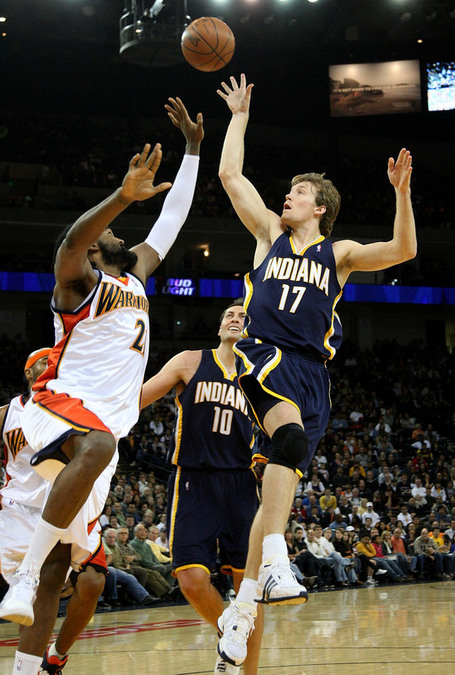 Dun taking it up "strong". 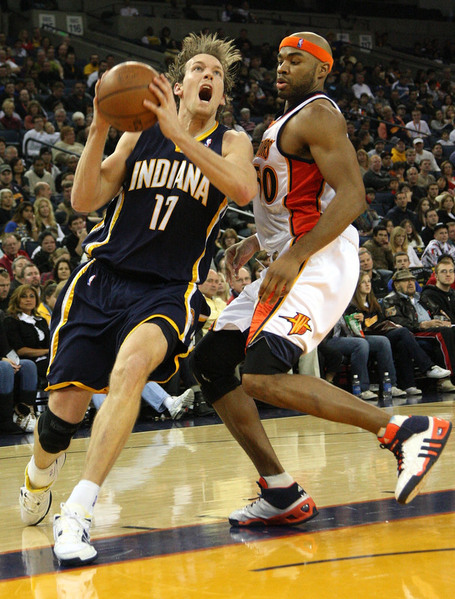 Corey: "No seriously man- what are you doing?"