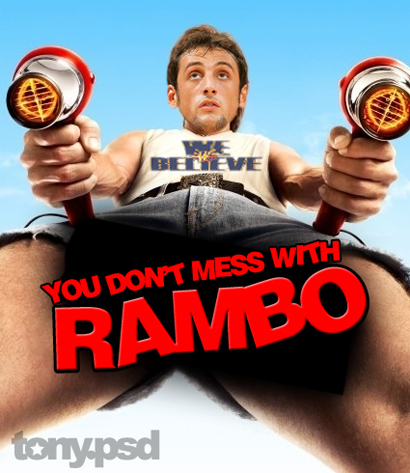 That's what I am talking about! What a game! ... I finally get to do a winning recap and I don't even know where to begin! There's just so much good stuff to talk about: Crawford's clutch 3 pointer with 11 seconds left in the fourth (32 points total), Azubuike's 21 points, and Belinelli's 17 points. It made me forget about the 13 turnovers Golden State committed and the 42 points Danny Granger lit up on the scoreboard! I'm all hyped right now, there's more good stuff after the jump! 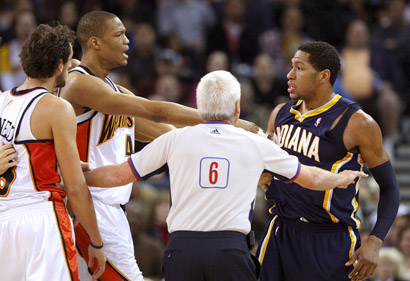 I'll do what I can and keep this recap on a positive note because this game had it all. The excitement built its way up to the final seconds of the fourth and the Warriors finally delivered a FAT win! The Dubz had their fair share of turnovers and missed opportunities as Indiana put up a very good fight. I'd love to see the Dubz win at least 4 of the next 7 home games.

Jamal Crawford: The guy had a good night, his 32 points that included a 3-point clutch shot felt real good. This is the Jamal Crawford I wanna see night in and night out. Its gonna be crazy when Monta returns! (Danny Granger was right behind him with 42 points.)

Marco and Kelenna: Both fellas had a good night. Kelenna drained 21 points and eight rebounds for the Dubz. Marco contributed 17 points before spraining his right ankle in the fourth. (Ouch, get well brotha!) What more do I need to say, I'm glad we have these guys contributing solid numbers! 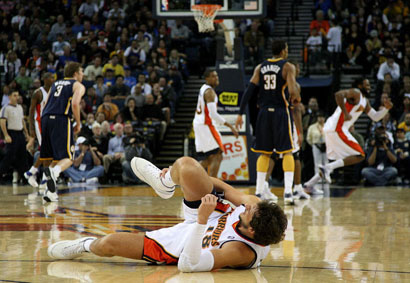 Belinelli vs. Granger: Both guys recieved technical fouls after Granger fouled Belinelli early in the second quarter. The best part was seeing Anthony Randolph jump in and back his boy up! Hella Gangsta!

Anthony Randolph Time!: 8 points, 4 rebounds and 2 blocked shots when we needed it most, and with only 9 minutes of play! The kid is learning! 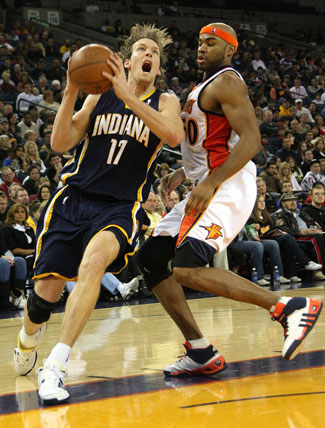 I heard Dunleavy was booed... a lot! 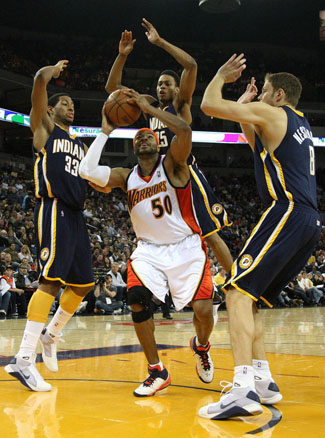 My only gripe: PASS THE BALL MAGGETTE!

I'd like to give it to everyone in our roster for the entertaining victory but I'm gonna hand it to Mr. Clutch of the night: Jamal Crawford. (Jumbo Jacks for everyone!) 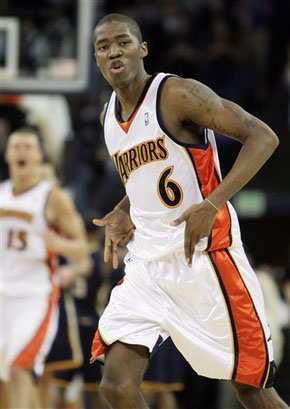