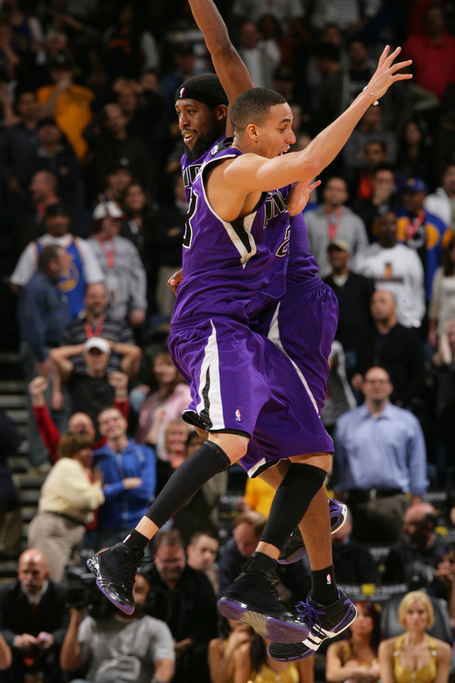 JIMMY CRICKETS BATMAN!! That was one heck of a game!

Triple OT? That was the longest game I've witnessed in my life!

Since I'm a very creative man, the longest game deserves the shortest recap.

They played a lot of basketball. 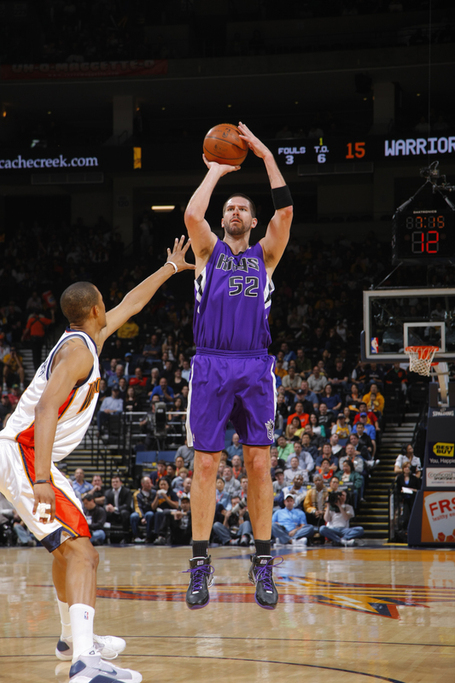 Weren't you supposed to be a consistent All Star?

Gives you Brad Miller. Man, this guy destroyed us. Forget all, cause he managed to play through the whole game without fouling out. This guy was...well, unstoppable, for the Kings and added greatly to their victory. The tech at the end of the first overtime was costly, but not costly enough. If only he kept talking...he might have been ejected. Oh well... 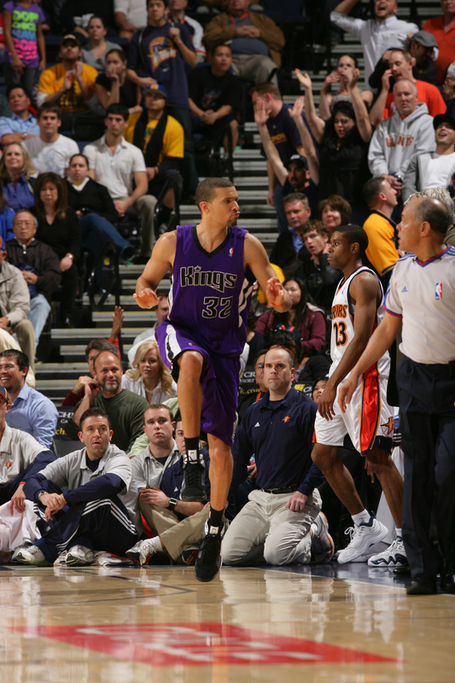 First of all, I can't believe the Kings announcers call him that. Cisco? Really? If it's in reference to Sisqo, the lead singer of Dru Hill, let me tell you, Francisco Garcia cannot move like him at all. Thong Song? Classic.

Anyway, 42 minutes and 19 points doesn't quite impress me for a shooter like Garcia. But, he made the 3s when they counted and made us look like we couldn't play Defense. Oh wait, we can't play defense. 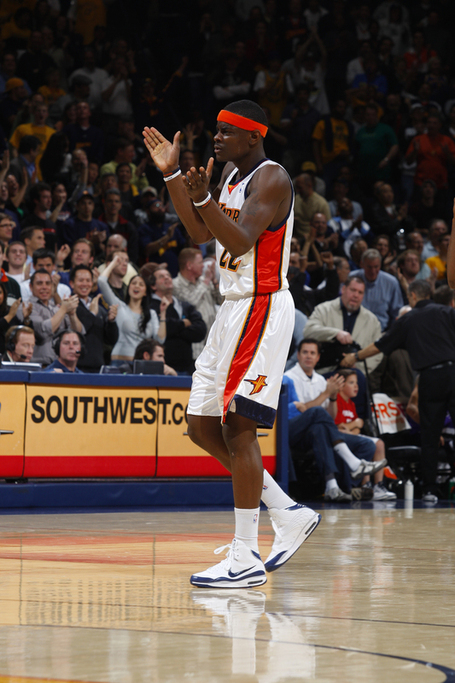 I just made a 3 with 1 minute left in overtime! What..it's not over yet?

Undrafted rookie - 32 minutes, 15 points, and 9 boards. What more can you ask from this guy? He played hard til the end and came off the bench with energy. I really enjoyed watching him hit those clutch shots at the end - he's starting to build confidence at his shots when they count. Dare I dream what he will be in a year or two? Oh, the possibilities! 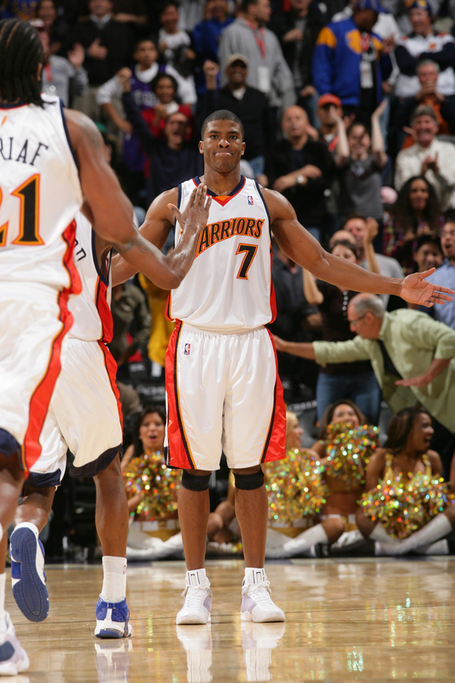 Kinda wished he did the SJax pose.

CLUTCH. Knocking down the 3s when we needed em which is all that really matters. Nevermind the 4-17 shooting cause he was 6-6 from the line. But wait, wasn't he injured or something? What happened to that sprained neck? I don't know how Kelenna did it but he came out and played hard for 51 minutes. 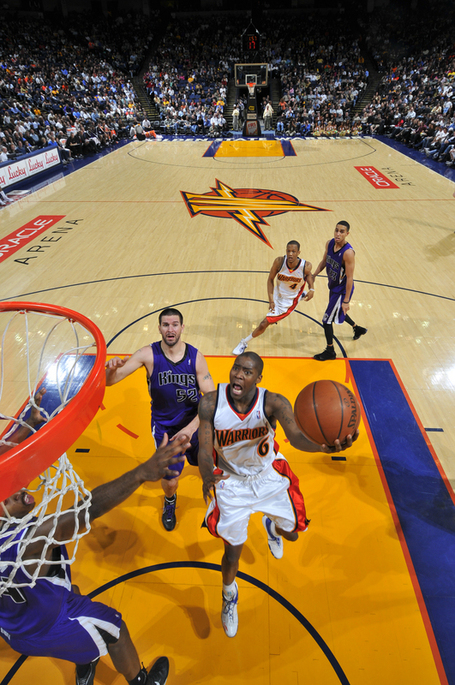 Now, now, before you go and blame this loss on Jamal Crawford, take a second to breathe and think.

Yes, I too was yelling at my TV screaming "STOP SHOOTING JAMAL!" but, let's look at this realistically. The boxscore says he played 60 minutes (I think it was actually 66) meaning he was running up and down the court for over an hour. AN HOUR.

Nothing went in for Crawford in overtime, but can you blame him? He must have been dead tired and drained. It wasn't like he was taking dumb shots (well, not any dumber than usual) and he was trying.

What's that? He played defense too? YES. He had a crucial block on K-Mart (Kevin Martin, not Kenyon) which brought it to another overtime.

I can't hate on JC, at least not for last night's game. 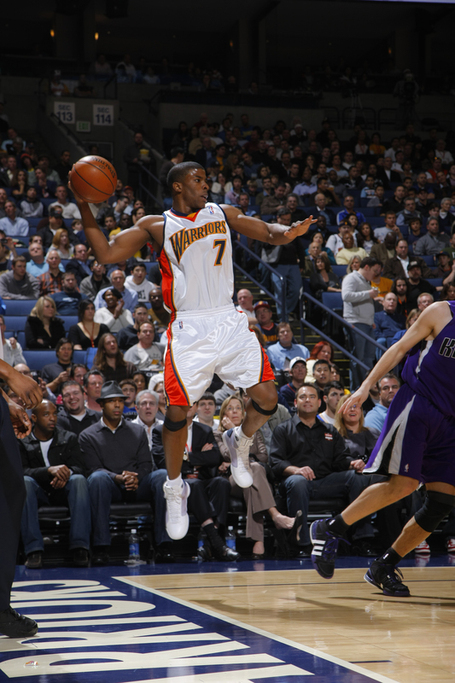 No it wasn't Corey Maggette. I'm sure we would all like to blame this game on Maggs as we usually do, but it wasn't his fault.

It really comes down to two things.

Here's our fatal flaw from last night - 25-41 from the free throw line.

What the heck happened? Is the loss of our free throw coach, really that devastating? Hey, I can understand that at the end of 3 overtimes, you'll get tired and miss easy shots. Fine.

But airballs from the free throw line?

Come on! Andris and Turiaf - I'm looking at you two.

We played a triple overtime game with 9 players. Sounds like a recipe for a guaranteed loss. They needed their rest and didn't get it - SJax, Belinelli, Monta - all out. Kurz didn't even get real minutes. Marcus Williams - still on the bench. Davidson - no minutes (I get that one).

There's no way they could have won this game without their key players.

Besides, look at the bright side - we were trailing for the majority of the game and still pulled out til 3 overtimes. Good enough for me. 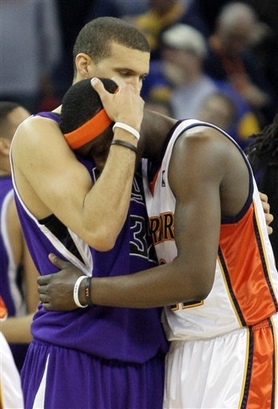 Uh...what's with this awkward pictures?

This is a hard one to decide. Boo-ke had a clutch 3. CJ played hard. Andris had the most boards even though he fouled out in 4. Morrow played well. Turiaf airballed a few throw.

But this one's going to all Warriors fans. The Roarcle (even though I wasn't there) sounded off the hook and 1380+ comments at GSoM takes us to a whole new level. A three hour game and people were still cheering. Gotta love it.

They don't call us the best fans for nothing.