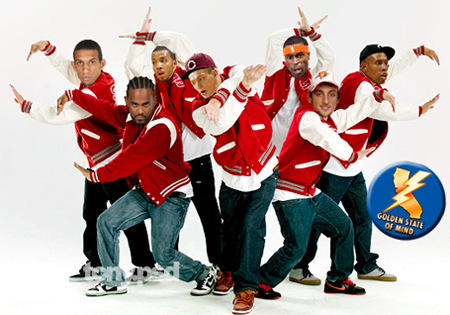 Do they have what it takes to be Golden State's Best Dance Crew?

Alright! First game of the New Year and I wouldn't be happier than to have our Warriors set it off with a phat "W" for the 09'. Look who we're taking on, the 6-25 Minnesota Timberwolves! Then again, 3 days ago, we took on the 3-29 OKC Thunder and look what that got us - it gave them a rare win and handed us an unexpected loss!

What's the atmosphere gonna be like tonight? Are our Dubz gonna play down to their opponents? Is our defense gonna show up tonight? Can Jamal Crawford drop it like it's hot and jack up some legit points? Will Rambo Belinelli prove (after a bad game) that Heroes never die....They just reload!

I'd like to call it an easy one for us but who am I kidding? I said that on Wednesday. We're going in there to match up against dudes like Al Jefferson, Kevin Love and Randy Foye. Shoot... Brian Cardinal might have a career night off the bench! I am optimistic that folks off our bench are gonna contribute greatly tonight like Azubuike (24 points in the second half, last game baby!) and CJ Watson with his consistent shooting. The same goes for Turiaf and Wright who I expect to see contribute on the defensive end.