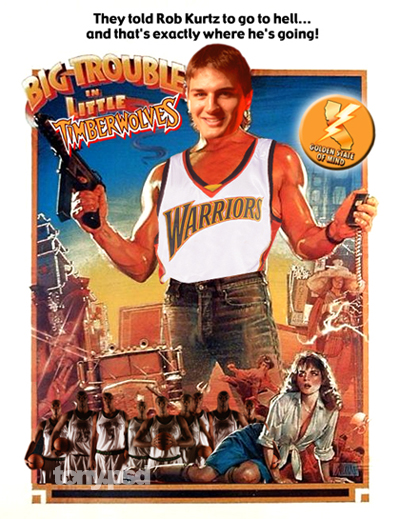 Yep. The Warriors lose by 7... again. (2 nights in a row) This one was another winnable game against the 2nd worst team in the NBA: The Minnesota Timberwolves! (no disrespect, the records on paper) Forgive me for sounding upset, not only am I down with the flu but I have a wedding to attend at 10am tomorrow (who gets married at 10am?!) I could have been resting up, but watching this game was unbearable. We really needed this one, but nobody really showed up guns blazing, and when they did, it was a little too late.

More Big Trouble... after the jump! 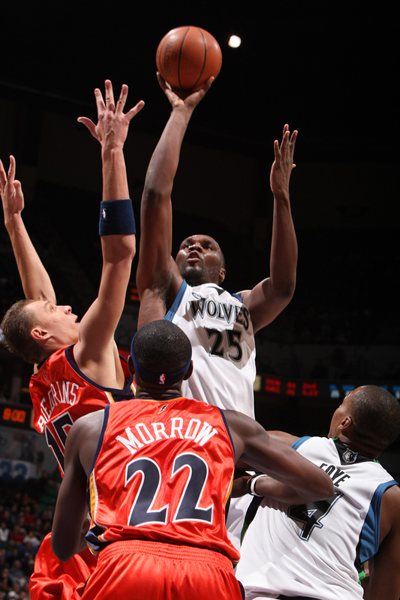 Some Facts about the game...

• Al Jefferson had 32 points and 10 rebounds against the Dubs.

• Ryan Gomes (who looked like an All-Star against the W's) scored 13 of his 21 points in the 3rd quarter. He also had 10 rebounds!

• Jamal Crawford was 3-12 shooting for 11 points. We really needed him tonight.

• Some positives: Jackson scored 25 points along with 7 assists. Biedrins had 18 points with 13 rebounds, but got sloppy. 6 Warriors were in double digits but it just wasn't enough. 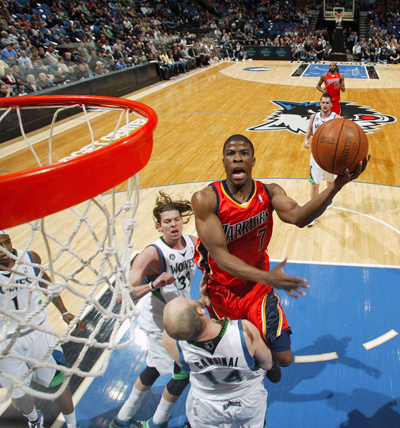 Azubuike showing off that rare emotion!

Some Thoughts from GSoM Readers: (We feel your pain...)

• "If a loss to the 2 worst teams in the league doesnt cause a staff or roster change, we are forever screwed" (from "Thizz-a-lot)

• "Man, CJ again messing up the fast break" (from IQofaWarrior)

No doubt this was a tough loss. There were some positives but that negative production from our players overpowered some of the good stuff that came out of our squad. (Kurz over Randolf starting?!?) It isn't gonna be an easier task... come Monday, We take on The Jazz.

Umm... we lost back to back games to the Thunder and T-Wolves... Bang ya' heads to this and let me know who your Warriors Wonder is! 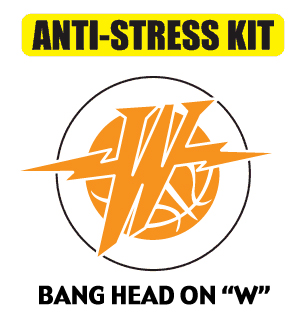 Good Night Everybody! I'm gonna try and Fight off this Flu Bug!