Share All sharing options for: RECAP: Warriors 119, Wizards 98 - A Good Day on All Fronts!

Now THAT was a great time out! Not only did I get to hang with my friends at a daytime Warriors game, we got a chance (granted a small one) to meet some of the kids from our chosen organizations as well as some cool kids all over the Oracle.

It really was a cool experience to be at a daytime game like this. Picture this: You know that drunken fan who yells really loud the entire game, spills his beer on the row in front of him and then cuts in front of everyone in line because he, as he so eloquently claims, "paid for his ticket"? (as opposed to the other 20,000 people at the game.)

Okay, how many of those would you say is at an average game? 1 out of 20 people? 1 out of 10? Maybe that's a little excessive. But they're there. It's not just the Oracle; it's sporting events in general.

Okay now imagine that all of those people were replaced by kids. Excited kids. Kids who don't get to go to games as often as we do. Kids who don't take seeing NBA stars live for granted. Kids who get to watch players at the game that will make such a strong impression on them they will one day compare all future ESPN top ten plays they experience to "that one play they saw at that one game".

Just to be clear here, I'm not talking about any of the Warriors here - but there's certainly a few more Caron Butler fans in the Bay then there were a few day ago. (I kid, I kid.)

Well that was what it was like. A truly positive experience with the children, an excellent homage to Dr. King, a win, and me jacking most of Atma Brother's fried catfish and fries.

You knew what you were getting into when you asked me to hold them dude. CHOMP!

"I believe the children are our future. Teach them well and... let them lead the way..."

Honestly, let me just interrupt this recap by saying that if you don't get the above reference, before you do anything else in life, go watch Coming to America. Seriously we'll wait. You've put this off long enough.

There. See what I mean? Classic.

So, at what point do we start to worry about the imminent drought? Because as we met some of the GSoM kids outside of the Oracle and handed them their shirts, I couldn't help but notice that it was like 65 degrees outside. In January. Count it. One for one baby. 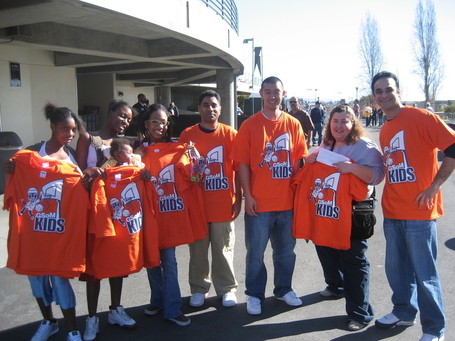 Some of the kids grab their shirts before game time. Don't worry about the little one. That kid'll grow into it.

As the game got started, Jax and Crawford came out guns blazing. Seriously, as much heat as Jamal gets for shooting first and asking questions later, it really does feel good when his shots.... y'know.... go in. After yesterday's game, Jamal is averaging 31 points over the last 4 games and is really starting to fill a gaping wide point guard sized hole in our roster. Now I'm not saying his excellent play will be permanent. But I'm hoping it is! All in all we saw a good game from Crawford with 28 points, 8 dimes, and (ouch) 4 turnovers.

One thing at a time Jamal. Good to see the offense is coming!

As I briefly mentioned before, Jax came out with a nice little showing as well. Coming off of 12 points in the first quarter, naturally he slowed his roll a bit, but with 3 for 5 from beyond (26 points overall), 6 boards, and 5 dimes, he definitely had his way with the Wizards. What's that? 5 turnovers?

Anyone seeing a trend?

It is what it is. As much as both of these guys have filled the role of point for us this season, if either of them (Crawford) is going be permanent, they're going to have to learn to take care of the ball. Turnover-Assist ratio among point guards? Kind of a big deal. But nice game from both of them overall. And that's all I'll say about that.

As the Warriors continued to have their way with the Wizards, the rest of the GSoM crew and myself made some rounds through the seats to hook up some of the kids with t-shirts. Photoriffic Phun anyone? Let's ROLL! 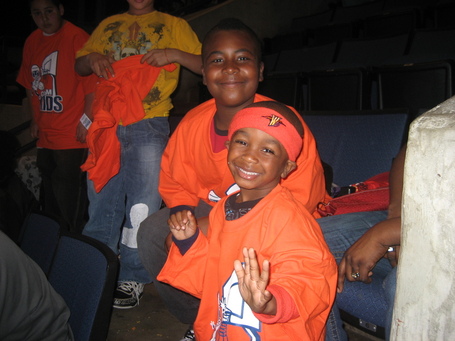 Don't trip. He'll grow into it. 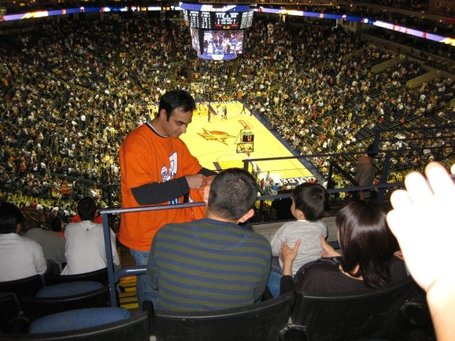 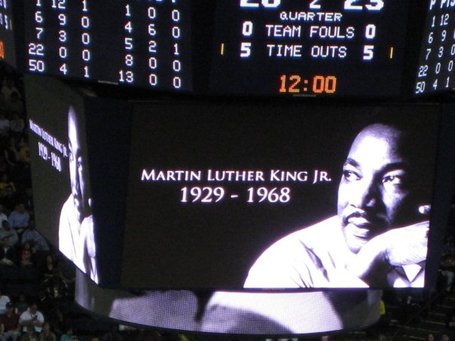 Very cool tributes to Dr. King during the game. 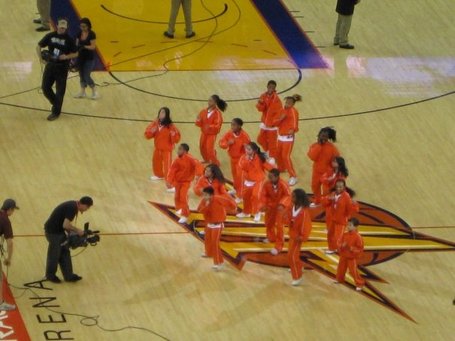 We were going to hook them up with shirts, but they already had fly threads on. Plus they wouldn't talk to us. Smart kids. 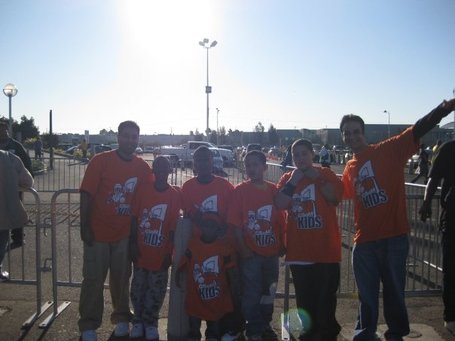 Some of our friends outside waiting by the players exit. Also, us learning not to take pictures with the sun behind us. 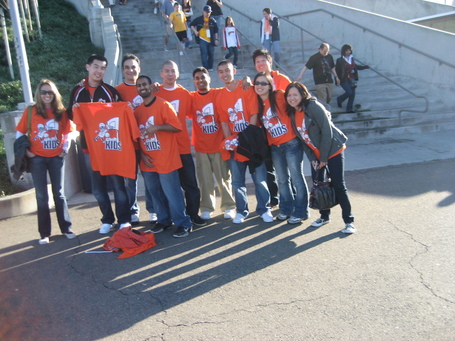 Whelp! That about sums it up. Props the Buike and Morrow for some nice long distance shooting, props to Biedrins for some nice work on the glass, and props to the Wizards for being one of the very very few teams out there consistently worse than us.

Why the kids of course! Thanks to everyone that made it out to GSoM Kids Day. Hope you enjoyed the game as much as we did!