Share All sharing options for: OPEN THREAD: Warriors vs Thunder 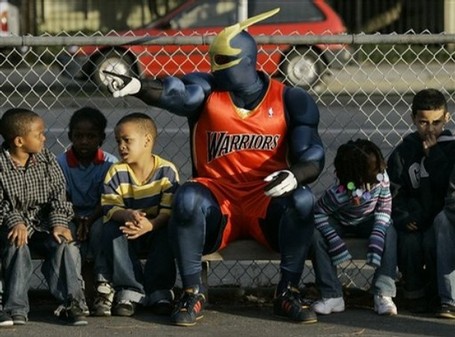 Poor Thunder has lost his way thanks to Clay Bennett

Are 3 wins in a row really possible? It looks like it but this Thunder is playing well with Kevin Durant leading the charge. They've won 3 of their last 5 which includes wins against the Pistons and Jazz - quite impressive. The Warriors finally have their "big 3" healthy (Jax, Maggs, and Craw) to go with Mr. Double Double down low. With the Warriors playing well at home, this game should be a win. If not for the 3OT loss to Sac, the Warriors would be on a 4 game win streak. Both teams are playing as well as they have all season. It'll be quite a battle.

The Warriors are only 11.5 games out of the 8th playoff spot with 39 games to go. We were 9 games out with 21 games to go back in the We Believe Era. And Monta is coming back soon! DO YOU BELIEVE?