Share All sharing options for: RECAP: Warriors 93, Mavericks 117 – That Was Fun! 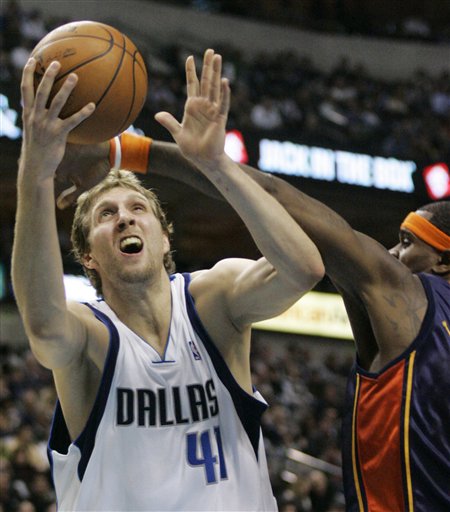 This game was ugly.

I've been trying to catch up on this season's episodes of 24 so just for fun I'll try to write this in a similar manner. In fact have to go to bed by 11:30pm, so this works out nicely.

11:15:00p
You know is there really a point to recapping this game? I could just copy and paste one of the previous recaps and nobody would know the difference. In fact, I feel like I'll put as much effort into writing this as the Warriors gave effort on defense. Okay, I'm done. Good night.

11:18:00p
Let me give you the basic structure of a Warriors recap. Just fill in the blanks with something witty if you can or some semblance of basketball analysis. At this point does anyone really care about hoops analysis? Offensively we sucked. Defensively, we were even worse. Somebody hire me as a scout.

Okay here's some quick tips to writing a recap:

11:21:30p
You know Andris Biedrins' 11 rebounds look good but 10 of them came on one possession. He must have been trying to pad those rebound numbers given how many times he missed those easy little tip ins. You ain't no Ricky Davis though!

You know, this whole defensive coordinator thing isn't working out so well. I thought we're supposed to play better defense, not worse. I think they should hire Mike Nolan. He did a great job in Baltimore right? He wouldn't make it any worse than it is. Also, I think we could go pick up Patrick Willis and have him play the 4. I imagine he can box out, run up and down the floor, throw his weight around, and jump to get a rebound. Plus he'd be really intimidating to play against, nobody would drive the lane. You heard it here first, Mike Nolan for defensive coordinator. 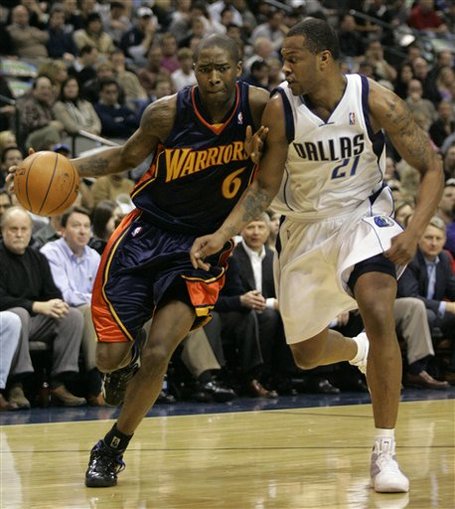 Is anyone else afraid of this Moped and Jamal backcourt? I think one of them should always stay on the offensive side of the court so that we can get some easy cherry pick buckets. It's not like they're both going to play defense anyways, might as well try to get some easy buckets out of it. No seriously, is there a worse defender in the league than Jamal Crawford?

This is the team we've been waiting to watch all season? Uh oh, spaghetti O. Add Brandan Wright along with Marco Belinelli and ladies and gentlemen, I present to you your 2009-2012 Golden State Warriors! Yikes.

How does Corey Maggette get so many foul calls? He gets Kobe treatment! If someone breaths on him as he dribbles the ball, he automatically gets 2 free throws. He doesn't even have to be shooting. 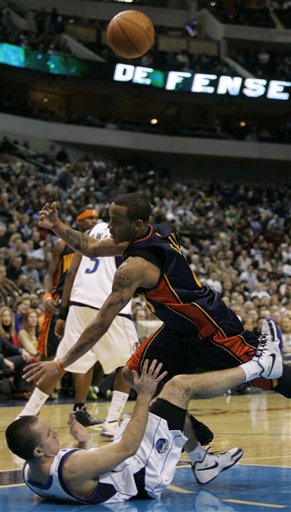 Monta uses the 2 day rest to get his legs back - 22 points
Wow got that one again. I'm on fire. Well I would have been right if he had not shot 2-11. A friendly roll here and a nice shooter's bounce there, and those 7 points zoom up to the 22 I predicted. We still hold the ability to void his contract right? Yes. Why? Oh no reason, juuuuust checking.

Nowitzki vs Jack: This ain't the We Believe Era anymore folks. Dirk drops 36.
Right again. Dirk had 20 points in 28 minutes. That comes out to exactly 36 points in 48 minutes which is what I meant to predict. I should have taken into account that he would only be playing 2.5 quarters and the Mavs wouldn't need him after that. They would just need to play Jose Juan Barea, James Singleton, Matt Carroll, and Ryan Hollins to put the Warriors away.

137 comments in this open thread about how much Warrior fans can't stand Dampier's laziness
Oh I almost went 4 for 4. There were actually 529 comments about how lazy Dampier is. What a bum.

11:29:30p
Oh I better hurry up and finish since it's my bedtime. And your Warrior Wonder goes to...
Rob Kurz. He's the only Warriors who finished with a non-negative +/-. No I'm not counting the 0 that Marcus Williams got either.