I don't know what the rest of you saw tonight but that's what I watched for 48 minutes straight.

And it was straight awesome.

In the words of Bob Fitzgerald... 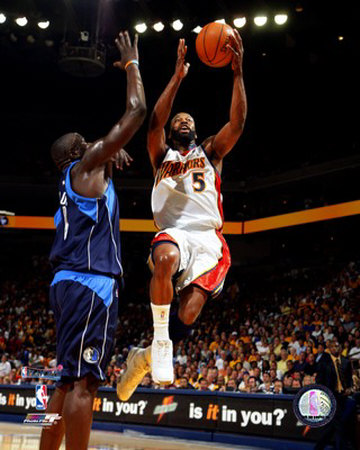 Can't forget that though. 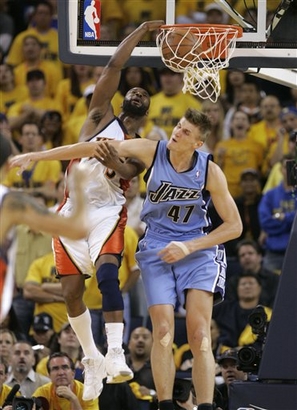 This was pretty nice. 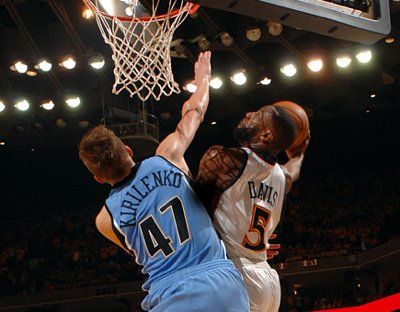 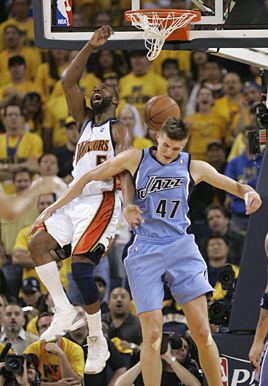 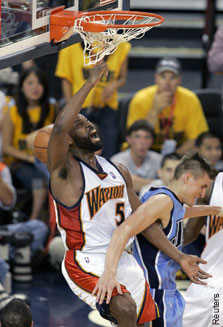 That guy in the background is contemplating the dunk. 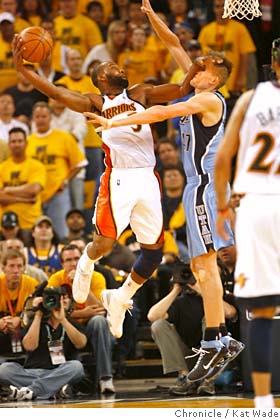 And one last time for good measure.

They played hard...gotta give em that.  I'm pretty sure no one expected that we would be so close til the end, ESPECIALLY with Jack leaving at the end of the first half.  I hope he's going to be alright because there really is no substitute for SJax.

By no means did I think they were going to win at the end but there were some glimpses of hope at the end of it all.  But let's be real, the Warriors just CANNOT stop the Jazz.  As much as I hate to admit that, that's just the way it is.

Jamal Crawford - How in the heck did you play all 48 minutes?

Andris B. - I like the double-double tonight, 14 points and 17 boards.

Rob Kurz - It's gettin hard to defend you buddy.

DeMarcus Nelson - DNP?  I KNOW WHY!

Jermareo Davidson - Didn't we draft you or something?

Carlos Boozer - PLEASE COME TO THE WARRIORS NEXT YEAR. THANK YOU. 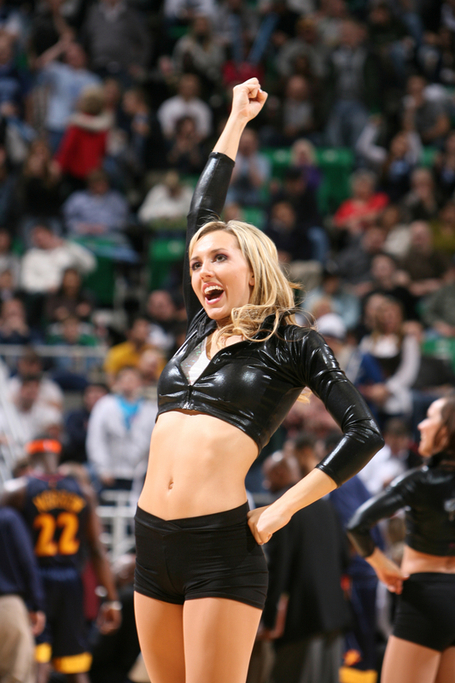 My attempt to increase our ratings in the Gender Analyzer.

Yes, we all believe this - you Jazz fans are terrible.  Well, I'll give Shums his props for commenting and being respectful in the open thread - but that'll be about it.

I CANNOT believe that ridiculous blown whistle that turned into an easy basket for Koufos.  First of all, a whistle WAS blown, which is why EVERYONE (both Warriors and Jazz players) on the court stopped the play.  Then, as everyone looked at each other wondering what was up, Koufous goes down for the easy bucket.  Fine, a stupid fan in the building blew a whistle that he or she snuck in.  But why give the points to the Jazz?  Why not be fair, erase the points, and start the play over?  Doesn't seem right...

Oh ya, and that foul called on Maggette also didn't make much sense.  I understand Deron Williams got fouled - not gonna dispute that.  But why in the world did AK get 2 points and then D. Williams was allowed to shoot one for the foul line?  Wouldn't it have made more sense to call the play dead at the time of the foul?  I'll admit - I haven't read the rule book or anything, but I don't think that was played out right.

We probably wouldn't have won the game even if those plays WERE called correctly but...

In case you need some good bedtime reading tonight...

The NBA Has a Fan Problem 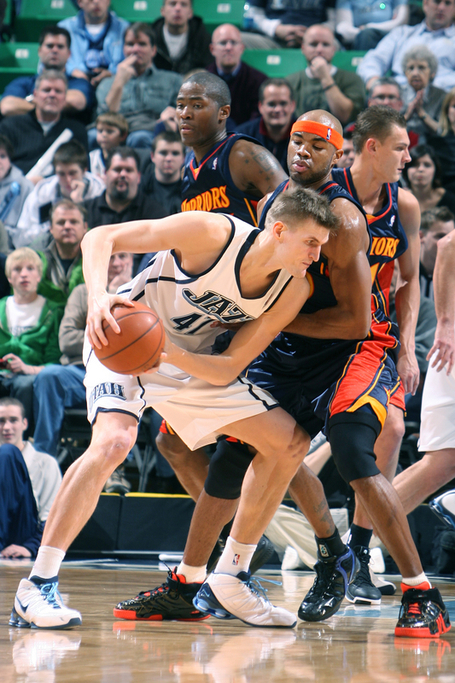 Corey Maggette.  Great first game back - played hard and put up good numbers off the bench.  Nellie's plan to limit his minutes didn't quite work out but Jack was injured and Maggs was playing well.  It looks like he might have found his new role being our 6th man...

AND ONE LAST TIME FOR GOOD MEASURE!!