OPEN THREAD: Preseason Game #5 - Warriors @ Clippers - Warriors big men, I would like to introduce to you Blake Griffin...

Share All sharing options for: OPEN THREAD: Preseason Game #5 - Warriors @ Clippers - Warriors big men, I would like to introduce to you Blake Griffin...

Preseason games might be a tiny bit more interesting than summer-league games only because they're in "exotic" locations like Indian Wells or, maybe, Taipei, Taiwan. But tonight, we may get to see whether or not Blake Griffin will be the holder of many different nicknames, "Warrior Killer" possibly being one of them. 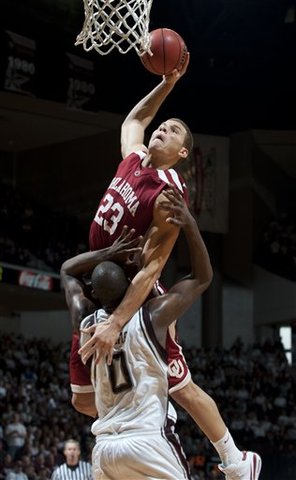 I like what Stephen Curry's being doing out there -- he looks like he's more than able to hold his own against against opposing team's second and third stringers. Lets hope Randolph's game settles down a bit, he seems like he's trying to do too much. And is Anthony Morrow slowly becoming the most exciting Warrior to pay attention to during this season?

Morrow leading the charge with 50 points and 7 rebounds

6 post-dunk blank stares at the crowd by Blake Griffin

What are y'all predictions for this game???