OPEN THREAD: Game #1 – Rockets vs Warriors: This is the Year

Share All sharing options for: OPEN THREAD: Game #1 – Rockets vs Warriors: This is the Year

Update 1:45pm: The Bay Bridge is closed today so there's going to be a lot more traffic on 880 and on the streets. To get to the arena on time, either take BART or give yourself lots of extra time to get to the game. 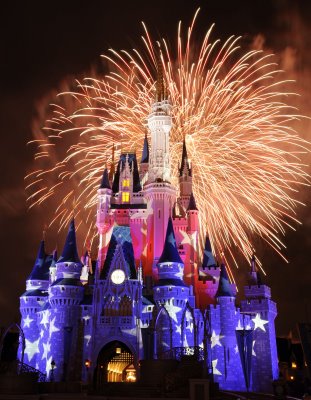 You can count on two things at the beginning of every season, an in-depth and entertaining Warriors season preview from GSOM (part 1 (players previews) / part 2 (team preview)) and tons of fan optimism. Fans think their team improved over the offseason or are genuinely excited to watch specific players with potential. Not many fans dread opening day because reality has not yet slapped them across the face. Royals fans, Raiders fans (snicker), Clippers fans and yes, Warriors fans are all guilty of hoping that this is the year.

This is the year of Stephen Curry. Rookies always get a lot of hype. And this year it's not just from fans, but Nellie is hyping him up as a possible Steve Nash type player.

This is the year Monta Ellis returns to his pre-moped self and the moped accident didn't affect his game. He'll still be the one man fast break and shoot better than 50%.

This is the year Anthony Morrow becomes the next Reggie Miller and shoots 60% from 3. Which reminds me to ask, what will be higher, Morrow's 3pt percentage or Biedrins free throw percentage?

This is the year the Warriors surprise everyone and sneak into the playoffs. Last year was a fluke because of all the injuries.

And this is the year that the Warriors win on opening night.

Houston may be just as bad as the Warriors, probably worse. Maybe even the worse team in the West. They don't have the most talented players, but they have guys do a great job filling their roles: Shane Battier, Luis Scola, Chuck Hayes, and Trevor Ariza. The problem is, these are role players with no star to bind them together. Yao is out this season. TMac is out for a few months. Houston's just not going to be a very good team until Tmac comes back. But that won't stop them from scoring at will on the Warriors. Scola will kill them inside with his toughness and hustle. Brooks and Kyle Lowry will routinely break down the Warrior perimeter defense and be in the paint all night.

Lucky for the Warriors, Houston played last night and will be playing the 2nd game of the back to back. They lost last night to Portland by 9, but the game really wasn't that close since they were down 19 heading into the 4th. So, as good as the numbers might be that Houston puts up individually, they just aren't talented enough to beat the Warriors.

This game is for the Warriors taking and a great way to start the season off on the right track. Houston's stars are banged up and they have role players filling star roles. We're undefeated still and I imagine the Warriors will keep it that way tonight. 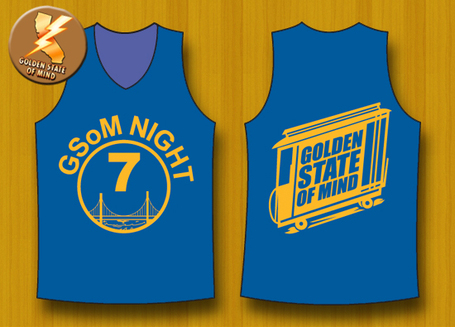 GSOM Night 7
As you probably know, opening night is GSOM Night. It's the 7th in the series and 3rd straight opening night. And as you also probably know, we made some big changes to the festivities. Instead of t-shrits, we're handing out Tony.psd designed mesh jerseys. Instead of trudging back to your car amongst the common folk after the game, you'll get to participate in a post-game free throw contest for a great prize.

By now, if you purchased tickets, you would have received an email from Chris Murphy with instructions on what to do to participate in the post-game on court free throw contest. Please do not share that information publicly as we want to ensure only the GSOM community participates and the contest doesn't last too long due to too many people. Plus it cuts down on the number of people you're competing against. If you purchased GSOM Night tickets and haven't received that email, please email Chris Murphy for the instructions, CTMurphy@gs-warriors.com

Remember to bring your cameras to take and later on share pictures of your GSOM Night experience.

Live Tweet
Opening night will also be the first time GSOM will live-tweet a game while at the game. Our buddy from Dream League, Rich Twu aka dreamleague, will be tweeting his thumbs off on a Palm Pre providing insight you can only get from being there. He's always had a keen eye for the game as you can tell from his in depth summer league fan posts, so you'll most likely learn a lot from reading his tweets. Make sure to keep it locked to this game thread and the GSOM twitter handle, @unstoppablebaby. For all the details, check out the fan post, Live Tweeting from Row 8!!! (GSOM's Charity Auction seats).

You Ready?
Get the chants started early: LET'S GO WARRIORS!

Tonight's Warrior Wonder will be: