UPDATE (12:51pm): My sincerest apologies for forgetting to name a Warrior Wonder. Chalk it up to opening night craziness. We take our Warrior Wonders seriously around these parts. To make it up to all you golden folks there's a game highlights video from NBA/Yahoo! added to the end of this piece in addition to the Warrior Wonder. 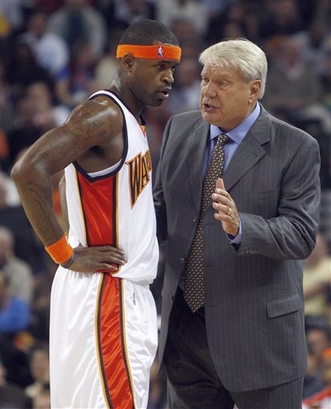 Nellie to "Captain" Jack: "Look man- Riley's on the phone right now trying to trade you.

Please do something- anything- to boost your trade value tonight."

Trade Talks Heating Up? Jackson Could Be Moved By the End of the Week [SB Nation.com Story Stream]

We'll have much more in store for you on the Warriors season opener, but here's a first recap to get things started off right in 2009-2010. Jump for some quickies. 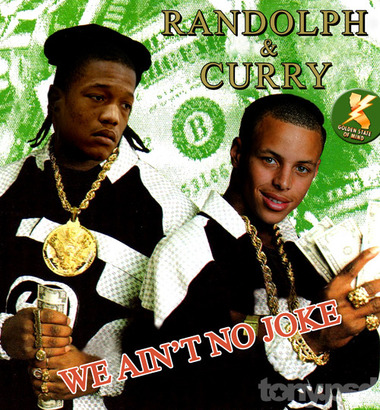 Rudolph and Masala Ain't No Joke!

Please do make sure to see what our buddies in Houston thought about tonight's festivities over at The Dream Shake. These guys are pretty hilarious and make far less bad jokes than you're accustomed to reading from me.

Looking for more of the Dub-ness? Don't miss out on our 2009-2010 Golden State Warriors Preview Super Blowout Special:

Stef-fun Curry gets the game 1 honors and I have a feeling this rook will be collecting many Warrior Wonders this year and beyond.

Oh and for all you Nellie haters constantly spouting that nonsense that he doesn't play rookies (um, he simply doesn't play players who aren't good regardless of age) ROOKIE Kid Curry played nearly 36 minutes last night second only to Monta Ellis. ROOKIES Chris Webber and Mitch Richmond won the Rookie of the Year honors under Coach Don Nelson back in the day. ROOKIE Tim Hardaway made the All-Rookie 1st team under Coach Don Nelson.

With Blake Griffin sadly out for a few weeks, anyone think Curry has a chance to win the 2009-2010 ROY? I know, I know it's only 1 game, but watching Curry this year is going to be fun. Here's to Stef-fun.