Editor's Note (Atma Brother #1): Longtime GSoMer Sleepy Freud kindly stepped up to the plate to help with our ongoing 2009-2010 Golden State Warriors madness. I'll pass the mic to him for an outstanding preview of Monta Ellis' upcoming campaign... 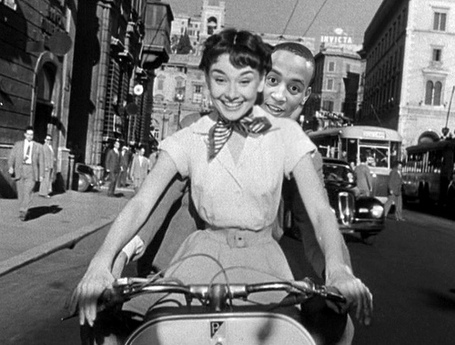 Yes, I think you have. Make the "jump" anyway?

Really, there's not much we haven't heard about young Monta Monti Monté Montay Monteigh -- which makes the task of writing this diary, which the GSoM team has so kindly offered me, a bit of a challenge. My initial plan was to touch on the underexplored cultural/class angle of his current plight. Here we have a kid of modest means from Nowheresville, MS, who had to claw his way into the NBA as a second round pick; who totally bungled his first big shot at real NBA stardom; who has endured the disappointment and scorn of a rabid fanbase; and who now suddenly has to compete (for fan adoration if not minutes) with the cute media darling who was born with the silver toothguard in his mouth. But just as I was mulling over how I would say this, longtime GSoMer Bloodsweatndonuts summed it up about as beautifully as you can:

Curry grew up with money and safety. Monta did not.

Curry was a consensus lottery pick. Monta fell to the second round.

Curry is comfortable with the media as a rookie. Monta is finally, in his 5th season, able to answer a direct question and he has that slow delivery and southern drawl.

Curry is a handsome kid. Monta looks like he was dropped on his face as a kid.

Curry, as a rookie, is getting publicly praised for doing exactly what the coach is publicly complaining about Monta not doing.

There’s a lot to resent. Curry had all of the advantages growing up and is coming in and getting talked about in glowing terms. The coaches love him, the fans love him and the media loves him. All Monta’s ever had was his skill and his work ethic and he probably feels like he’s earned everything he’s attained. Conversely, it likely has always been laid out there for Curry if he wanted to pursue it. Maybe I’m reading too much into this, but I wouldn’t expect them to be BFFs any time soon.

As an aside: it's eccentric genius posts like that that make it totally worth hanging out on this site, putting up with the junky, jumpy flash ads ("your fantasy videogame maiden awaits" -- "if you wear this man-perfume, she will ride you like a rented mule" -- "look like an oily 'roided up gym freak in as little as three days" etc.), slogging through "realistic" trade proposal #89,275...

Anyway, in the absence of anything to say that's nearly as fresh and insightful as BSD's post, let me cover the basics and see where it takes us. Worst case scenario, I lose control of this thing and try to brake with my ankle.

OK, fast forward. One chilly January day in Oakland 2009, Monta returned from hoops purgatory. The season was already in the tank, spirits of Warrior Nation were low, and Monta's game didn't do much to raise them, initially. His first five games back from the DL, he looked nothing like the irresistible force we had last seen at the end of '07/08 doing a passable impersonation of Dwyane Wade. January '09 per game numbers: 29.8 min / 12.4 pts (.369 fg%) / 2.8 reb / 2.4 ast / 2.4 to.

Fast forward to the present. What to expect in 2009/10? Well, even if you attribute some of his '07/08 success to the elite distributive skills of Baron Davis, I don't see why we can't look at his last healthy stretch of play as a baseline. We have a tendency to forget just how good Monta was the second half of that season, pre- fat contract, pre-moped, pre-awkward dissembling, pre- breaking the hearts of Warrior Nation, pre- Stephen Golden Curry. To jog people's collective memory:

Unless you think the ankle injury has permanently sapped some of his explosiveness, I don't think it's unreasonable to imagine that Monta, at age 23/24, can be that guy again. Efficient scorer, sweet mid-range shooter, spectacular finisher, solid rebounder for his size ... Monta Monti Monté Montay Monteigh will always be those things. Still ... a few nagging questions persist:

1. The vision thing. I mean, the kid's handles are slick enough, the turnover numbers are low enough, and the assist numbers aren't bad. When I'm feeling sanguine, I like to imagine his career arc similar to that of Chauncey Billups lt;/a> or Devin Harris, neither of whom filled up the assist column to start their careers. I dunno, though: watching him, he just seems more like a "head-down" guy (Amare Stoudemire and Corey Maggette say hi) than than a real heads-up floor general. Could be hoops IQ, could be something as basic as peripheral vision. I just haven't seen enough flashes of Floor General to make me "believe" that it's in him. It's probably stupid to judge stuff based on summer league and a couple of preseason games, and it's stupider still to risk feeding into any kind of incipient Monta/Curry conflagration. But you look at the way Curry seems to see/feel his four teammates from the moment his hands touch the ball, and the way he times where they're each going to be and when, and ... well, you get the picture.

2. Defense. I think he has the physical tools -- good lateral speed, quick hands., etc. He also looks to have buffed up a bit in the offseason. So far in his career though, he's looked uninterested at best on this end of the floor, with no real signs of progress. Does he have the will and/or the hoops IQ to improve? I found his comments on the likely defensive ineptitude of a Monta/Curry backcourt an encouraging sign: he seems to get that defense is, you know, important. But as they say, talk is cheap.

3. Monta 'n' Curry. Again, I don't want to fan the flames, but unless we start playing like a 50-win team out of the gate, it's hard to imagine things between them not getting prickly. Part of it's just the nature of the internet. News needs to be constant. In the absence of genuine controversy, people will create some. These two really are just a Kawakami "story" waiting to happen. Here's hoping they stick it to the haters and develop a sweet l'il bromance against all odds. Here's expecting ... otherwise.

Still, as one "Shells" said the other: 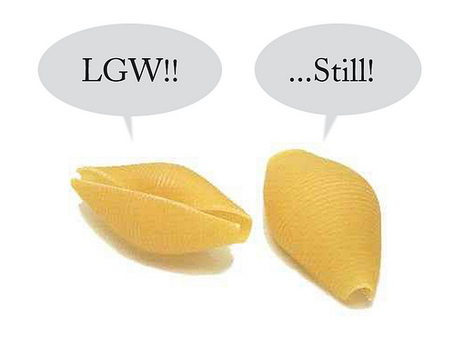 Which best expresses your current feelings about Monta Ellis?