It's going to be big trouble in little L.A. tonight! The big bad Warriors are coming to town in a showdown that carries about as much weight as I do at the gym.

The answer you were looking for is: Not much.

It's okay. I know I'm weak. I'll impress the girls with my Mario Kart skills. 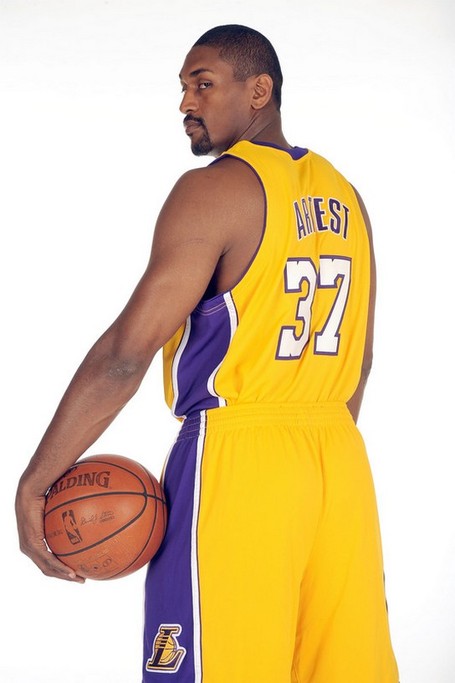 Crap. This guy is going to be there, isn't he? We're toast.

Make the jump to see what we may be in store for in tonight's meaningless battle down south!

What's in store for us? Likely, a beat down.

Positivity is all well and good, but this offseason the league's best actually got better. With the addition of Ron Artest, this squad boasts some serious defensive capabilities to add to their already impressive offensive forces. There is little reason to believe that this team isn't headed back to the Western Conference Finals (if not beyond).

That being said, it certainly would make a great statement to come out against a team this stacked and walk away with a W. Preseason or not, the Lakers will be looking to stretch their wings in their first preseason game.

Let's give them a run for their money.