It amazes me how little love coach Don Nelson gets after coaching masterfully and overachieving with not 1, but 2 poorly constructed rosters (2006-2007 WE BELIEVE and 2007-2008 48 wins) by former GM Chris Mullin, should-be-former team president Robert Rowell, and the worst owner in all of sports Chris Cohan.

It amazes me how much vitriol is pointed at Nellie by the media AFTER a blowout win on the road in New York.

From all this hysteria you would think Nellie has been a loser his entire second tenure with the Warriors with the likes of LeBron James and Kobe Bryant.

After the jump we dissect CBS Sports Ken Berger's piece Nelson's abrasive style might have him on way out.

Yeltsin never recovered his popularity after a series of economic and political crises in Russia in the 1990s. The Yeltsin era was marked by widespread corruption, economic collapse, and enormous political and social problems. By the time he left office, Yeltsin had an approval rating of 2 percent by some estimates.

There's a key insuation here with this Boris Yeltsin comparison which seems to be curiously leveled at Nellie at large that he's corrupt. Corruption is a pretty serious charge. It still feels like (and maybe I'm wrong) that this all comes back to people's random fascination and continued excuses for failed GM Chris Mullin (by the way how many teams are lining up for his supposed grand services right now?). Geoff Lepper over at 48Minutes.net recently provided some much-needed background for the hysterically blown up and sensationalized Nellie-Mullin "drama":

NBA FanHouse (Matt Steinmetz): Don Nelson doesn't like dealing with the print media anymore. This is something that's been building for a long while, a byproduct of him getting blamed at the start of last season for the falling out that took place between the Warriors and Chris Mullin.

I have no proof of how much influence Nelson had in Mullin's twist-in-the-wind, slow-motion dismissal, but it's clear that Nelson has been stung by the fact that people in the Bay Area and national media believe he did help in pushing out Mullin.

(Sidebar for my personal thoughts: Nelson was less an active participant, and more a deliberate observer, standing on the sidelines while Mullin and Robert Rowell engaged in their blood feud - even as he knew he was the only guy who might be able to bring the two sides back together again. I've heard from folks close to Nelson that he was very upset Mullin didn't side with him during Nelson's post-WE BELIEVE holdout - which Nelson eventually lost to Rowell - and I think Nelson's silence during the Mullin-Rowell fight was his form of payback.)

Basically Nellie's buddy Mullin did nothing to help him out in his negotiations with the easily negotiable Rowell (just ask Stephen Jackson) after he saved the franchise back in 2007. So why is he supposed to go out of his way to help out Mullin when Rowell's looking to fire him (good dismissal, just probably for the wrong reasons from a guy who should have been fired as well). This is corrupt on Nellie's part? Don't think so.

By the way when was the last time you heard folks lobbying corruption charges against Mullin for not hooking his mentor and savior (both in his playing days and GM stint) Nellie with a much deserved pay increase or for straight up lying to Jason Richardson's face (supposedly his favorite player) when he said he wouldn't trade him a few days before unceremoniously dumping him to make this roster younger and rawer after the Warriors first playoff run in well over a decade?

After beating the Knicks 121-107 on Friday night, Nelson stands only 21 wins shy of becoming the NBA's all-time winningest coach. But his insistence on alienating and humiliating his best players -- which continued at Madison Square Garden even in victory -- could soon lead to a coaching change, a high-level coaching source told CBSSports.com.

Again Nellie got the win pretty easily. Who was cemented to his bench for whatever reason really doesn't matter. Nellie is public enemy #1 when the Warriors lose and when they win. That's a lose-lose situation that this Hall of Fame coach doesn't deserve.

With no realistic trade scenarios emerging for Stephen Jackson -- and with the team's other miserable star, Monta Ellis, wanting out, too --

It cracks me up how "Captain" Jack and Moped Ellis' tantrums are made out to be legitimate reasons to fire Nellie. Nellie may (hilariously) look like Boris Yeltsin after these losses as they joked on the CSN Bay Area post game show last night, but these two guys are straight out of this movie: 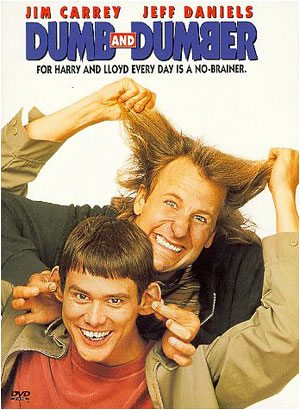 Someone explain to me why Jackson is miserable after Nellie saved his hoops career when no one would touch him and Rowell foolishly gave him an undeserved $36 million check? Someone explain to me why Ellis is miserable after Nellie found the perfect role for a undersized, speedy, defenseless 2-guard with limited handles and low hoops IQ, being handed the keys to this franchise, and despite nearly ruined his own career, did not have his contract rightfully and legally voided last season?

Nelson's last option to keep the team from blowing up already is under consideration. Nelson, 69, would assume a consultant role, with top assistant Keith Smart taking over as head coach.

"It could happen by next week," the source said.

Nothing is ever 100 percent with the Warriors; not even the players know who's making the decisions or whom they can trust in the organization, a second person familiar with the team's problems said. A third source said the timing of Smart's ascension to head coach is difficult to predict simply because of the person who'd be making that decision.

"Nellie would," the person said.

For everyone jumping at the thought of Coach Smart taking over here's some facts:

Thanks to Nellie, they'll do so with their two stars, Jackson and Ellis, coming off inexplicable 47- and 45-minute performances, respectively, against the Knicks.

So inexplicable that the Warriors WON? It never ceases to amaze me how many folks out there that think they know how to coach and manage a roster better than Nellie.

For good measure, he also embarrassed No. 7 overall pick Curry in the very building where he'd hoped to spend his NBA career. If Curry thought he might face some dysfunction if the Knicks had picked him at No. 8, these few months with Nelson have been quite the education.

For comparison's sake let's look at #7 pick Stephen Curry's minutes this season versus the two picks right before and after him:

Note that all 3 of these rookies play for teams that well... suck and are in "rebuilding mode" (all 3 of these teams have "building" for quite some time now). The thing is Nellie and the Warriors have beaten the other two squads. It's curious why Curry's playing time this season is leveled as a failure of the coach this season. Do the coaches in Minny and the NY have to face daily diatribes from so many critics for the playing time for Flynn and Hill? Doubt it.

Nelson had made a point of praising Curry during our conversation at the Warriors' morning shootaround. But even when he praises someone, he manages to insult someone else.

"He's going to be our future point guard for many, many years," Nelson said. "And I feel we'll build the team around him."

Wait I thought Nellie was too busy humilating Curry by not giving him playing time? Now he's praising him, but taking a shot a Monta? Seems a little dubious to me.

The Warriors' revised plan -- Curry's 2:35 run Friday night, notwithstanding -- explains why one source familiar with the situation said Nelson has been actively looking to trade Ellis, too.

"He wants Monta out," the source said.

Folks who have been watching Ellis this season and last know that's not a bad thing (see What's wrong with Monta). It's abundantly clear right now that Mullin and Rowell's "master plan" to build around Ellis and Andris Biedrins and destroy WE BELIEVE was a very silly move. The Warriors should be looking to upgrade from Ellis.

Jackson said Friday he's not angry with Nelson, but rather with the fact that he was given the impression the Warriors would be "more of a veteran team" this season. Though Jackson didn't elaborate, a person familiar with the situation said his anger -- and Ellis' -- stems from a dinner meeting with Rowell at the end of last season in which the Warriors' president vowed to surround them with a playoff-caliber supporting cast.

This has to be the most hilarious part from the "Captain" and his "pupil". Now I would have loved to see the Warriors get older, smarter, and better on the court particularly with Amare Stoudemire (probably more so than anyone- I'm even on record as saying he'd quite possibly be a lower health risk than Biedrins this season which is so far true). BUT it's hilarious how 2 of the on-court "leaders" of this team have acted less and less "veteran" like with each passing day.

Nellie is not the problem. Cohan and Rowell are problems #1 and #2 and this flawed roster is problem #3. If Nellie steps down next week as rumored the Warriors might see a short little burst of enthusiasm from a raw, immature, and low IQ roster of too many me-first players a la Bob Lanier back in 1994 (though at least that roster had some more classy players). But guess what? It's all down hill after there. Don Nelson is the best head coach and even front office personnel Cohan and Rowell will ever luck into.

How do I know this?