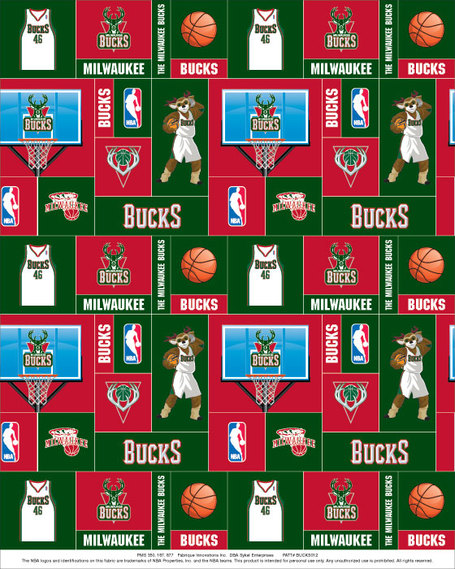 Which Warriors team will show up today? The one that blows out teams by twenty (YES!) or the one that gets blown out by twenty (groan...)? If I were to use the word "consistency" as the Warriors have used to this season thus far, that means we can expect them to lose tonight since they won last night. BUT, this means we can expect them to win the next game!

They're up against the Milwaukee Bucks tonight, a team that is surprising people possibly more so than the "We Believe" Warriors from a few years back. You better believe Howard Leibowitz is selling major fleece blankets this season because of Brandon Jennings impact on his team. Bucks fans: Get yours today!

So I was checking out the Bucks roster and noticed they have a squad full of second round picks, decent-to-good college players that fell to the second round given that they were once one-dimensional players college players. Given the numbers of players on their squad that have either fallen off or was never quite relevant in the first place, who can we expect to have his "Warrior Killer" moment of his career? Will sharpshooting rookie Jodi Meeks go Voshon Leonard, unconsciously dropping 30 on the dubs... in the first quarter? Or maybe defensive specialist Luc Mbah a Moute will magically transform into Michael Jordan for one night? Or will the first Taiwan born NBA player, Joe Alexander, finally get off the bench and live up to the upside?

Anyway, point being, its most likely a Warriors off-night, so I hope you got your fantasy rosters set with at LEAST one Bucks player...choose your scrub wisely.