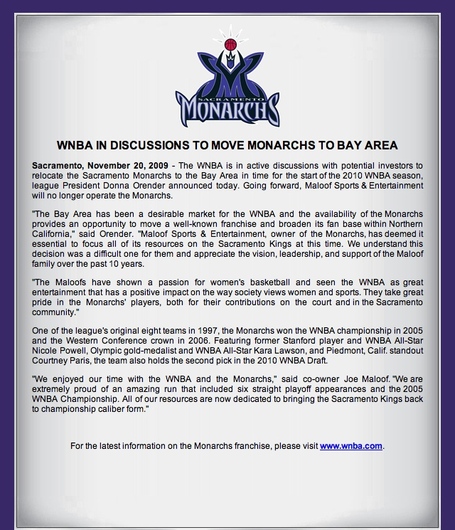 Our sister WNBA and Women's NCAA blog Swish Appeal has the 411 and more:

Jump for some quick thoughts.

Thoughts off the backboard:

One of the original franchises in the short-lived ABL.