Share All sharing options for: RUMOR: Warriors and Bobcats looking for big men 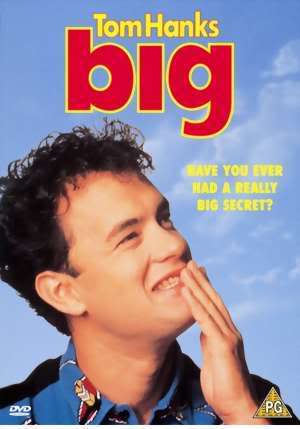 The secret is the Dubs need some bigs!

The good news is that the Warriors have a multitude of very tradable assets from young players with (mostly mythical) upside to several nice role players (Andris Biedrins, Ronny Turiaf, Corey Maggette, C.J. Watson) to a potential All-Star (Monta Ellis) to a plethora of expiring contracts to make the numbers add up (Raja Bell, Speedy Claxton, Devean George, Mikki Moore, and C.J. Watson).

The bad news is of course that the Warriors desperately need some bigs and the rest of the league knows this. The center duo of Andris Biedrins and Ronny Turiaf has given the Warriors very little this season mostly because of injuries. When they do finally come back, the reality is that they're output offensively and defensively is not exactly All-NBA quality. 3rd string center Mikki Moore is... a 3rd string center. At the 4 spot the Warriors haven't really gotten that much this season from Anthony Randolph despite what the numbers may indicate. My man Feltbot breaks this down:

Anthony Randolph vs. Himself: We've all seen flashes of Randolph's insane upside. Unfortunately, tonight's performance put the emphasis on insane. Anthony Randolph picked up his second melted brain of the year in this game, but this time it was his own. Pau Gasol was simply too much for Anthony Randolph to handle. He picked up two quick fouls trying to guard him in his first minute on the court. He couldn't keep Gasol off the boards either, even giving up an offensive rebound on a free throw. And he couldn't get anything against him on the offensive end. He was forced to settle for jumpers, and he didn't hit them, earning himself a quick hook from Smart.

In the second half, Randolph's frustration grew to the point that he took the matchup personally. After knocking the ball away from Gasol, he dived into the front row after the ball, completely wiping out three fans. Without a glance back, let alone an expression of concern for the fans he had just concussed, Randolph rushed back onto the court and began jawing at Gasol. When the refs and then Kobe interceded, Randolph lit into Kobe. If you've never seen a 20-year-old player tell the face of the NBA to "Back up!" I recommend you replay this tape and employ your amateur lip-reading skills. You'll see it, and possibly a choice epithet to boot.

Keith Smart wisely pulled Randolph from the game, and left him on the bench until garbage time. Will this performance cause the Bay Area media to lower the heat on Don Nelson over Randolph's playing time, and seriously consider Coach Smart's insinuation that Randolph is not NBA-ready? Um, I wouldn't count on it.

Brandan Wright is also out for the season, not that he's been that good to begin with.

The Dubs biggest weakness right now (aside from owner Chris Cohan and president Robert Rowell) is up front.

But enough of the diagnosis, what's the solution? Using ESPN's Trade Machine post your trade ideas to upgrade the Dubs' frontline in the comments.

For more on the Charlotte Bobcats check out Rufus on Fire