Share All sharing options for: RECAP: Warriors 146, Timberwolves 105 - There's no I in TEAM

We have to be sure to not get carried away with tonight's game. All that we've established is this:

I'm not trying to take anything away from the Warriors, they played dominant, amazing basketball tonight. I'm just worried that the success is more a result of the opponent and that the Warriors won't consistently play with this level of effort and intensity.

Hit the jump for some more thoughts. 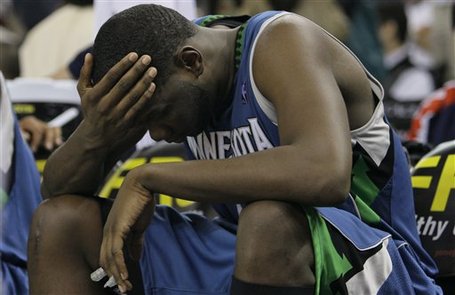 Can we play the Timberwolves for 82 games?

All the things that the Warriors had done the last 2 games against the Clippers and Kings are what the Timberwolves did tonight, but much worse. I mean it was ugly. Heck, Canis Hoopus, the SB Nation Twolves blog, started writing their recap with 1:50 left... in the 3rd quarter!

Like I said in the preview, there's not a whole lot to like on this Twolves team. I never got the sense that any of these players had ever played together before. There was zero chemistry on the floor. 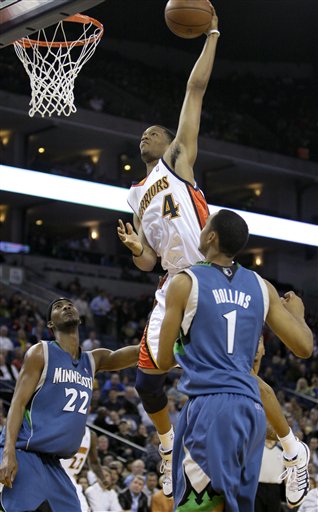 T.E.A.M. - the acronym for success

This wasn't all about the Twolves sloppy play. It was actually more that the Warriors finally decided to play with some life.

Teamwork: It was amazing. It was as if they had the most amazing practice sometime between the Kings game and this one where they learned how to play with each other. All 10 Warrior players seemed to know where everyone else was going to be on offense. They moved without the ball and even looked to set each other up. Tonight made it seem like they actually want to play with each other.

Effort: The guys were all over the floor tonight. You could just see the difference. They played with energy, life, and passion. Players were making things happen on offense and defense just by staying active. They were in the passing lanes all night as well as putting pressure on the guards while doubling down on the big men. Check out this stat: leading rebounder for the Warriors? Monta Ellis with 10.

Assists: The ball was zipping around tonight. The Twolves defense never got comfortable as the Warriors moved the ball with ease - 36 assists to just 12 turnovers. 15 for Jack compared to just 3 turnovers. Even Corey Maggette passed the ball. Corey Maggette! If he's passing the ball, you know something is going right. Seriously though, props to Maggs for 11 points in 10 minutes. But I digress. The Twolves D had something to do with the excellent ball movement, but the Warriors put forth a major effort to move the ball around.

Minnesota: Clearly the most important ingredient for another team's success. 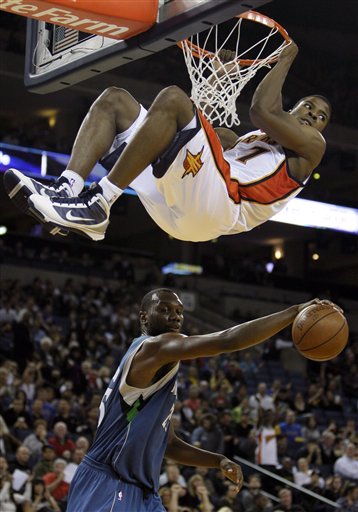 Damn impressive game from Jax tonight. He was Steve Nash-like with his passes. The 15 assists in 3 quarters weren't simple passes. It wasn't a bunch of passes to Anthony Morrow standing wide open. He was threading the needle to the big men as they rolled through the lane. He was able to drive into the lane and create for others on the floor. And what was even better, he didn't force any shots tonight. I'm not sure what was going on, but he really increased his trade value tonight.