With all these young guys playing prominent roles, I guess you have to expect this kind of inconsistency. A blowout win over the Nets followed by a head scratching loss to the Bulls. The Warriors "should" have won this game? I guess my optimism got a little ahead of me. The Bulls, losers of 9 out of 10, maybe aren't as bad as I thought. But I'll still maintain that this loss wasn't so much that the Bulls beat the Warriors, but the Warriors shot themselves out of the game. Plain and simple, the Warriors desire to shoot tons of jumpers instead of getting aggressive and driving to the hole, cost them the game. Hopefully these young guys learn from this game.

Shooting Woes
The Warriors made the Bulls look like a great defensive team tonight. 38% shooting? You realize the last few games the Bulls have allowed 50%, 45%, 48%, and 51%? This is not a bad Warriors shooting team. What was with all the jumpers and lack of drives? Were they saving themselves for the second game of the back to back? 37-97 from the field. 8-28 from 3, 28.6%. Ouch. Oops. Oy.

And what's with the 12 free throws? Monta had 6. So between the other 7 players for the Warriors, they shot a combined 6 free throws. Ummm guys? You're allowed to go inside of 10 feet from the basket more than once a quarter. Corey Maggette usually gets to the line 6-7 times per game - tonight he never made an appearance.

The lack of free throws means a lot of jumpers which means not very many assists and also means lots of rebounds. The Warriors got pounded on the boards 58-44 with many thanks to the twin towers, Brad Miller and Joakim Noah. Yeesh. 14 rebound differential.

I have a beef with Anthony Morrow. 15 shots. 13 three pointers taken! Only 4 made. I can understand the 13 three pointers if he was hot, but like with alcohol, know when to say when. He went a little overboard with the 3's tonight. Every now and then you have to take the ball to the hole if you're not shooting so well from the perimeter. Or maybe take a few steps in for a jumper. C'mon young fella. I guess this is part of the maturation process? For awhile there it seemed like he was varying his offensive game by driving it to the hole, pulling up from 15, and making some decent passes. Tonight was not one of those nights.

Just a bad offensive night for the Warriors. Too many jumpers and not enough drives to the hole. Not the Warriors style of play. Not a style of play they'll be successful at. They were nearly successful but that's because this was against the Bulls. 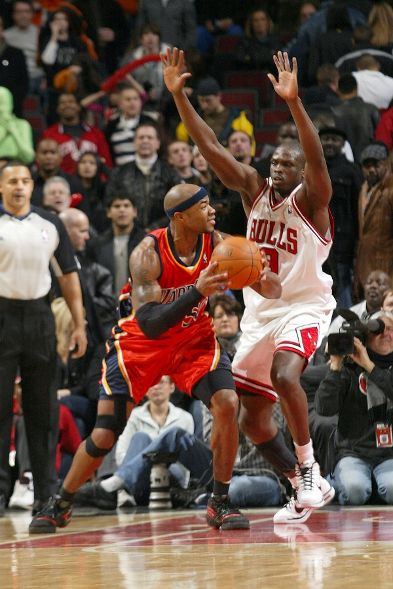 Corey MEgette
There's not a whole lot else I want to write about this game, so I'll write about Corey MEgette. I like how in Marcus Thompson's interview with MEggette that they make the argument he's not selfish because he takes care of the young guys off the court or buys expensive presents for teammates. THAT'S NOT THE SELFISHNESS FANS CARE ABOUT. Nobody gives a crap if you're a kind, generous person off the court. He may be the nicest guy, helps old women cross the street and rescues kittens out of trees. Again, nobody cares.

The selfishness fans care about is his play ON THE COURT. He's selfish on the court, no matter what Monta says. If you directly ask Monta if Corey's selfish, you really think he's going to say "Yes, Corey's selfish. He's a black hole and dosen't try on defense." Uh no.

Does MEgette work hard? Yes. Does he give up his body on offense while driving to the hole? Yes. Flopping on defense does not count as giving up one's body, that's just flopping and nobody likes a flopper. Nobody's saying he's not trying. I write "MEgette" because he plays like he's never heard the word "pass" before. I'm not asking him to be a point guard but at least make the defense think that you might drive and kick or rotate the ball around the perimeter. The second reason I write "MEgette" is because he doesn't give a crap on defense. He flops all the time and will rarely get a charging call. More often than not the offensive player either makes an uncontested shot or goes to the line. And while guarding guys on the perimeter, he's more matador than defender. Good defenders know that it's all about hustle and desire. If you're not a good defender, you lack hustle and desire.

That said, he had a nice rebounding game off the bench - 10 boards in total.

One More Rant
Why is Mikki Moore still starting? When your starting center gobbles in 3 rebounds in 26 minutes, you're in trouble. Except for his revenge game against the Nets, Moore has been bad. He played a combined 19 minutes in the games against Houston and Orlando. Is it any coincidence that the Warriors had legit chances to win those games? Heck he grabbed as many rebounds as I did against the Thunder, except he played 21 minutes. How does your starting center suck so bad at getting 2 hands on an orange ball? If he was a good defender ala Chuck Hayes, I could forgive him. If he swatted shots like Turiaf, then at least he'd have something desireable about his game. But the guy is a non-factor. Can we mix up the starting lineup just a bit? It might be just me, but starting Mikki hasn't seemed too successful so far.

Anthony Randolph may have regressed and has been pretty ugly this season, but he's still better than Moore. He might even find a groove if you change it up and throw him in the starting lineup. I don't care if he hasn't earned it. Neither has Moore. Randolph at least has shown some flashes that you might be able to get something out of the 5 spot if you started him. Might even boost his confidence. What do you have to lose?

Silver Lining
The only silver lining? A better chance at getting John Wall. Nobody will match the Nets and Twolves ineptitude, but that 3rd worst spot is up for grabs. LGW!

No Warriors player deserves this. Nor does any of the coaching staff, front office, or waterboy. So instead I'm going TMZ style and giving it to Elin Nordegren for no other reason than I can imagine her coming after the Warriors with a 9-iron after watching them play tonight. And she's not even a Warrior fan.

And this is just a funny picture. Even Corey is about to laugh. 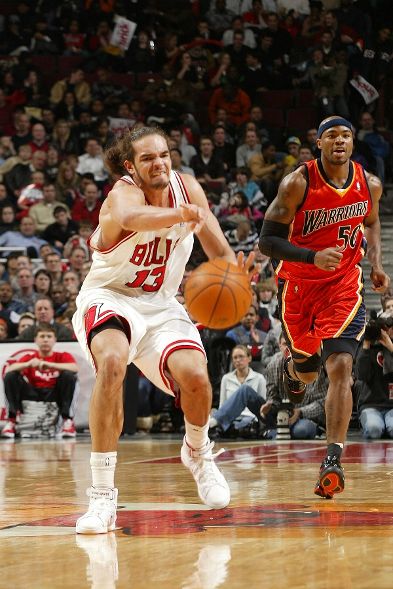