UPDATE (3:50pm): Warrior center Mikki Moore will be undergoing surgery. Thank you Mikki for stepping it up with Andris Biedrins and Ronny Turiaf out. Good luck with the surgery. 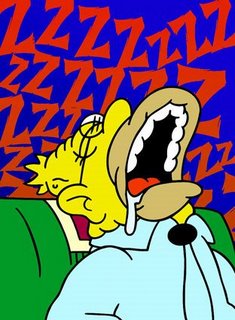 This means only one thing...

Around the Association: An Apple a Day...

First thing's first. I love GSoM. Since last Saturday on the front page we've had:

Imagine what this place would be like if this team was actually good.

Because chances are that's not going to happen for a long, long, long time.

Jump for some links about the dysfunction and some continued preview madness.

Let's see if anything actually comes of this. The Warriors deserve all the blame they can get, but I'm hesistant to pin this on Larry Riley and Don Nelson as front office men. Officially (or unofficially for Nellie) they've only been in charge since early summer. Give them some time to clean up this mess. The Warriors last front office lead basketball personnel Chris Mullin got ridiculous support from the local/ national media and fanbase while he made one screw up after another during his 5 year tenure here. I'd like to see the Riley/ Nellie duo get another year or two before they take so much public bashing for their front office decisions.

Chris Cohan and Robert Rowell are a completely different story of course. We've been calling them out for years and they deserve all the public bashing possible. It's somewhat hilarious to see so many folks just now calling them out for complete ineptitude. Where were these critics when we were trying to put together a Sell the Warriors campaign back in 2006?

Nowhere to be found.

Is there such thing as a "bandwagon Cohan/ Rowell hater"? To tell you the truth that's what I feel like most folks are doing these days.

We've been doing this for years son.

(Did I seriously just brag about hating the Cohan/ Rowell incompetence longer you good folks reading at home? What's wrong with me?)

However, getting to the nuts and bolts of it, Randolph isn't likely to go anywhere unless Corey Maggette goes along with him. I find it hard to believe the Warriors would move Randolph unless they can send Maggette and his contract -- three-plus years -- along with him.

Larry Riley calling the shots in the front office, not Don Nelson

From what I'm told, general manager Larry Riley certainly doesn't clue in Nelson on the day-to-day of what's going on. In fact, Riley makes a point not to include Nelson on everything because he knows how itchy Nelson can get when it comes to this kind of stuff.

If the Warriors do make a trade, Nelson isn't going to be the one doing it. The Stephen Jackson trade was all Riley and the next trade will be all Riley, too.


Oh yeah- Dubs vs Spurs Tonight at the Boracle

There's really not all that much to say about the Snores and the Dubs. They're polar opposites.

Snores = Winners; Dubs = Not quite winners

Well I know you do. So head on over to the Pounding the Rock Game Thread for some sharp and entertaining analysis on tonight's matchups and keys to the game. You know if we didn't have so much drama to cover around these parts, maybe we'd have time to actually talk hoops like the good people at PtR do regularly.

Who will win tonight's game?