Share All sharing options for: GAME THREAD: Warriors @ Grizzlies - Battle of the Randolphs? 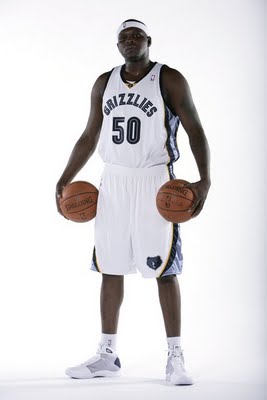 
Zach Randolph has never taken a shot that he didn't like. That's why he takes pictures with two basketballs just to communicate that to you. One just isn't enough!
But Randolph and the rest of the meaty and strong Grizzlies front line will be an insane task for our Warriors' Randolph (who looks like he could be Z.Randolph's lunch) and the rest of the "bigs" (=Maggette, Morrow, and Watson). But besides that, the Grizzlies "core" has been coming together nicely as of late (11 wins in their last 18 games) and Z.Randolph has been the never ending gift for the Grizzlies for the month of December. Check his incredible stats. So what can we expect tonight? Jump for the predictions... 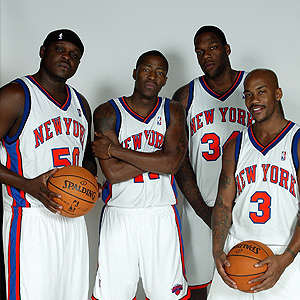 (Weirdly, this looks like it could be an advertisement for the overhyped Warriors "core")

We can say what we want about Zach Randolph but he is a fantasy basketball stud! With my fantasy teams looking so bad you would have though David Twardzik drafted it, Zach Randolph miraculously keeps my teams afloat.

But the rest of the Memphis Grizzlies' starting 5 looks pretty legit, sans Mike Conley maybe. They maybe a little overrated, but these dudes can score. I like to call Rudy Gay a second tier Carmelo Anthony for all his natural ability to destroy the Warriors. We all know that the Warriors, at this point with their injuries, cannot defend talented bigs like Marc Gasol. Even though the Warriors won their first meeting back in November, the way that Memphis is playing with impressive wins over Dallas, Portland, Cleveland, and Denver, I'm not so sure our dubs are going to pull this one out. But weirder and more unlikely things have happened in Warriors history, right?

What are your predictions for tonight's game?