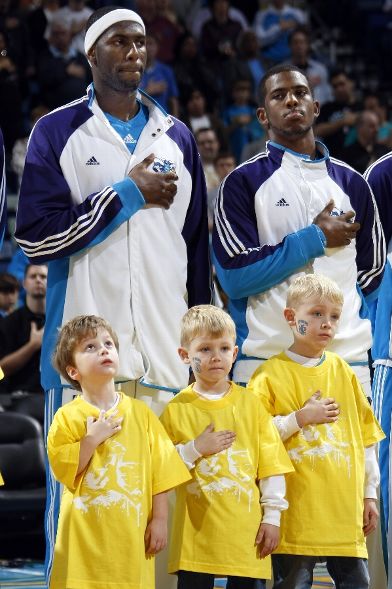 Beaten by 7 year olds. Sigh, it's been a long season

The Warriors almost won. Does that count for something? This is loss number 21, 7th in a row, 11th in the last 12 games with the one win coming against the Nets. So here's what we've established - the Warriors are better than the Nets and Timberwolves. Like I wrote in the preview, this is looking like the 1999 19 win season.

But wait! If you think the losing is bad now, close your eyes, the next opponents are Phoenix (18-11), Boston (22-5), @Lakers (23-4), @Portland (19-12), and then @Denver (20-9). Are any of those 5 teams going to slip up and lose to the Warriors? I don't think so. So we're looking at 12 straight losses. The game after Denver is @Minnesota. That's the best chance the Warriors have of winning but it's on the back end of a back to back and the very last game of a 5 game road trip. Won't be easy. I'm sure Minnesota is looking forward to that game as well since it's just one of very few they have a shot at winning.

If you think it's ugly now, just wait. You ain't seen nothing yet. 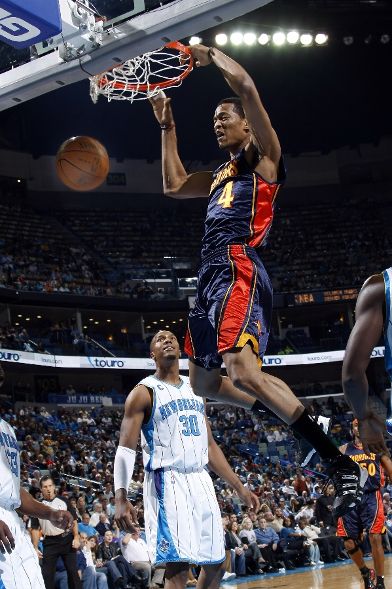 Tonight's game saw the beginning of what will hopefully be some more minutes for Anthony Randolph. 36 whopping minutes! And he rewarded the team with 8 blocks, 6 of them in the first quarter. Glad to see him being more active in the paint. It's about time! He still had a poor shooting game (5-14) which is nothing new, but at least he was active in the paint. If he keeps that up and works on not shooting the ball outside of 5 feet, he'll get back to the success he had at the end of last year. Keep playing the young guy Nellie!

I think tonight's loss really exemplifies how badly injuries are hurting the Warriors this year. The Warriors got essentially nothing from the bench tonight while the Hornets played 11 guys, all 5 starters scored in double digits, and 3 of the 6 bench guys had 8 points. Distributed scoring, distributed minutes. Only David West and Chris Paul played more than 30 minutes.

Then you look at our bench.

Vladimir Radmanovic may well have not even played. 10 minutes, 1 point, 1 rebound, -19 plus/minus. If not for being one of a few healthy bodies, he'd most likely be getting DNP-CD's.

The other bench player, Anthony Morrow, had 10 points and 3 boards in 24 minutes. On a tangent, I'm glad to see Morrow is producing something again. Maybe not at the pace he was before, but in the games after he had to attend the funeral, he did not play well. These last 2 games we've seen him score in double digits and shoot 4-9 from the field. Is he back to where he was before? No, but at least it looks like he's getting his mind right again. The Warriors need him back.

The Warriors just aren't going to win many games, especially on the back end of a back to back, without quality minutes from the bench. Monta cannot play 48 minutes, Curry cannot play 47 minutes, and CJ should not play 37 minutes. That's just too much. But there's really no other choice if Vlad and Morrow don't start stepping it up. 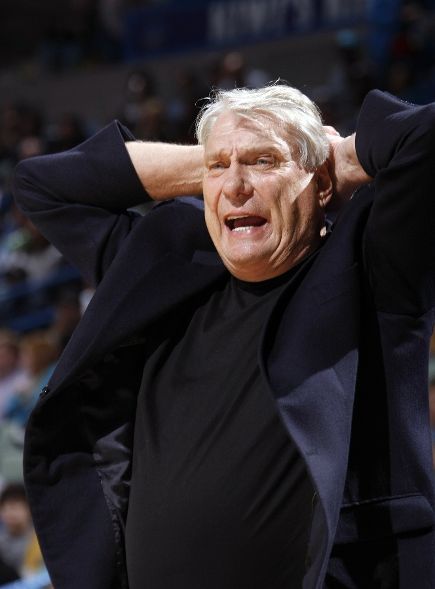 Nellie resorted to the macarena and some sexy belly dancing to distract the Hornets.

When will Biedrins and Turiaf get back? This team will continue to get murdered on the glass until some more big bodies can get in the game. The Hornets had 14 more rebounds. Okafor had 9 offensive rebounds which helped the Hornets net 12 more shots than the Warriors. That was a big difference right there. Those extra shots kept the Hornets' possessions alive allowing them continual second and third chance points.

Speaking of rebounding though, I have to give props to Corey Maggette and Stephen Curry. They both had 10 rebounds. If not for their efforts on the boards, that rebounding differential would have been even worse and the Warriors would have had no shot at winning. Curry even had 7 assists and 17 points for a near triple double while Maggette chipped in with 22 points on 8-12 shooting. 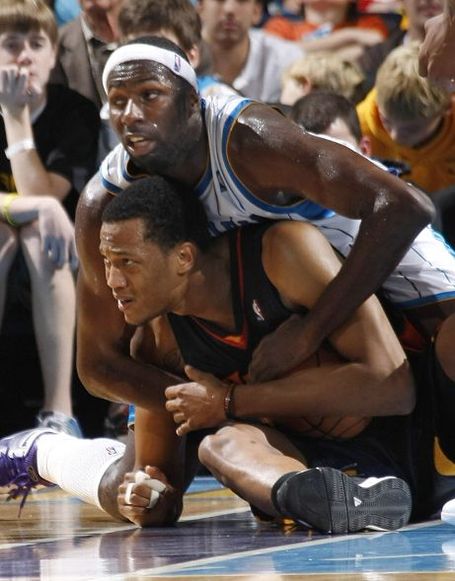 Julian forgot this is basketball, not football. You don't need to tackle.

The starters played quite well tonight and just ran out of gas tonight. The Hornets didn't blow the Warriors away in any one quarter, they just beat them by a little each quarter. Overall, it was a good effort, the Warriors just don't have enough healthy bodies to win a game against a better team.

Monta Ellis. Kept the Warriors in the game with his high percentage scoring - 35 points on 15-26 shooting. The 5 assists and 4 steals are a nice bonus. But all these nice games are coming in losses. When are we going to win? 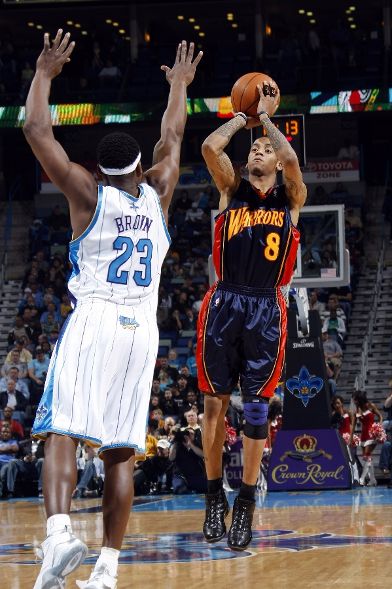