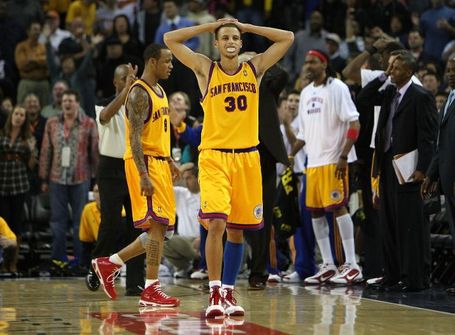 That was a baaaaad call

It was a game the Warriors should have won. They were up 10 with 6:20 remaining and then a series of poor offensive possessions led to a 4.5 minute scoring drought in which the Rockets went on a 12-0 run. They did the same thing to the Clippers last night. The Clippers didn't score a bucket in the last 9 minutes of the game until Baron hit a meaningless 3 with seconds remaining. Impressive. The Warriors started taking bad shots and turning the ball over in conjunction with the Rockets D stepping it up.

2 things just killed me in tonight's game. First was the foul call on CJ Watson when he allegedly grazed Aaron Brooks' arm on the Rockets last possession. There were some questionable calls tonight, but how do the refs call this? CJ might have been close but it didn't look like he touched Brooks. That play essentially decided the game. It gave the Rockets 2 free throws in a tie game with just 2 seconds left. Ridiculous. One of the worst calls I've seen.

The second was that 4th quarter. Ugh the Warriors went small ball with CJ, Monta, Curry, Morrow and Maggette. That's supposed to be an advantage right? It forced Adelman to take out Scola who was having a very nice game in the paint. Oh but all it did was allow Carl Landry to pick up where Scola left off. If it ain't broke, don't try to fix it. The Rockets rolled off a 12-0 run, holding that mini-lineup scoreless for 4.5 minutes. Monta didn't make a field goal in the 4th as they bottled him up. Why didn't Nellie make a change? Why didn't he throw in Vlad or Hunter to mix it up a bit? Everyone in the arena could see when things started to go bad. Hey Nellie, call a timeout, make a substitution, do something! Even though Nellie didn't make any moves, the players on the court still needed to execute and they didn't with poor shots (e.g. Maggette taking a long 2). Put it this way, the Rockets should have never had the ball with 19 seconds left and the score tied. The Warriors played hard all night but just let the lead slip away. 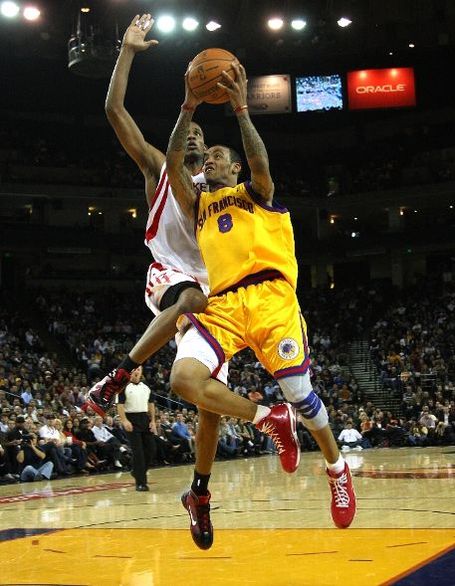 Monta?
Yikes. The Rockets sure bottled him up in the half court tonight. He couldn't get anything in the half court offense. How many times did he drive in the lane, jump in the air and then have nowhere to go with the ball? Way too many. He got blocked 7 times and turned it over 9 times. He made 9 shots, missed 18. I think at one point he got frustrated and took a 3 early in the shot clock. Additionally, you could see he was frustrated with the officials all night. The Rockets defense gave him fits and he seemed to get most of his made buckets off fast breaks.

Even though Monta had an incredibly poor game overall, I thought he came out with a lot of energy in the 2nd half to set the tone for the rest of the quarter. On the Rockets second possession of the half, he stripped Aaron Brooks and then found Morrow for 3. On the very next possession, he stole the ball from Chuck Hayes and blew past the Rocket defenders for a layup. It was just 2 possessions, but he gave the Warriors a jump start to get the 2nd half rolling. After that, you could see the defense getting scrappy, going for more steals and diving on the floor - something that didn't happen enough in the first half. I really don't think the Warriors take the lead in this game if Monta doesn't make those two huge defensive and offensive plays. The Warriors went from down 7 at the half to up 4 with 9 minutes to go in the 3rd. It was a major turning point in the game.

A-Mo!
What can I say, he's really expanding his game and becoming a very nice player. He's no longer just a gunner, he's got a nice head fake and is taking the ball to the hole. He even crossed over Battier and took it all the way in for a layup to tie the game at 109. Just watching him up close tonight, he's got the youthful exuberance of a kid with a quickly maturing game. After he made that fantastic pass near the start of the third quarter - a bounce pass from near half court that weaved through defenders to a cutting Radmonovic for a layup, he had a big smile on his face and pointed at the coaches. He's always in the middle of the huddle facing the coaches. When he's on the bench he's even yelling on the court helping the players communicate. I was impressed.

Vlad Radman
What a game from Vladimir - 20 points on 8-13 shooting (4-7 from 3), 8 rebounds, 6 assists, and 3 steals. He was a major reason for the big run in the 3rd to take the lead and hold onto it for a 6 point lead to start the 4th. Can anyone explain to me why he didn't start the 4th or why he didn't get back in the game until there were less than 3 minutes left? Hmmmm. Coach? 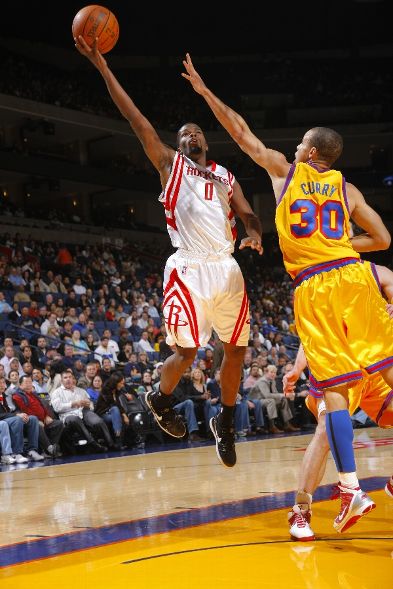 Aaron Brooks
Whew. That guy is FAST and QUICK and nobody seemed to able to guard him. I don't know how to compare his speed and quickness to Monta but they feel quite different. Monta has that end to end speed where if you're not already in front of him, you're not going to get in front of him. He's also got the quick first step and amazing body control to finish. Brooks on the other hand, doesn't seem as fast from one end to the other, but when he has the ball in his hands in the halfcourt he just gets in the lane at will. Once he gets just that little room of daylight he explodes and exploits it. Where Monta seems a little more graceful and calculating, Brooks seems more explosive off the dribble. By the way, Brooks is so fast, he makes Steph Curry look slow. It was a very nice night for Brooks with his 25 points, including his 4 three's in the 3rd (14 overall in the quarter). 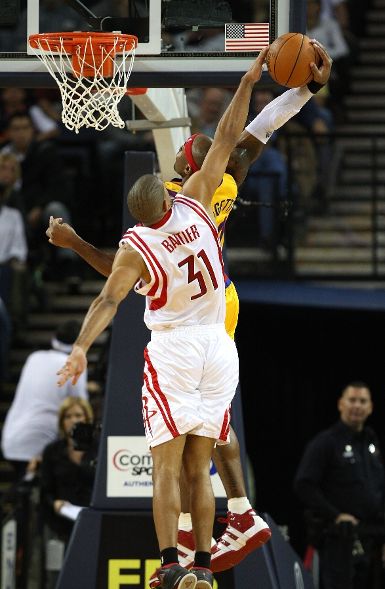 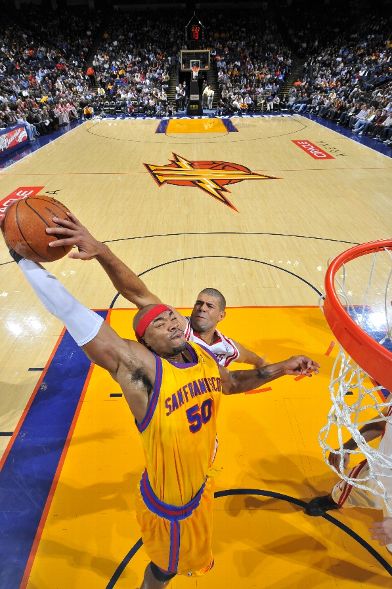 It's between Vlad and Morrow because both guys had such great shooting nights and contributed all over the floor. I could go either way or cop out and give it to both, but instead I'm going with the new guy for his better overall floor game. Vladimir Radmonovic gets the Warrior Wonder for tonight. He would have had an even better game had Nellie kept him on the floor instead of playing Corey MEgette.