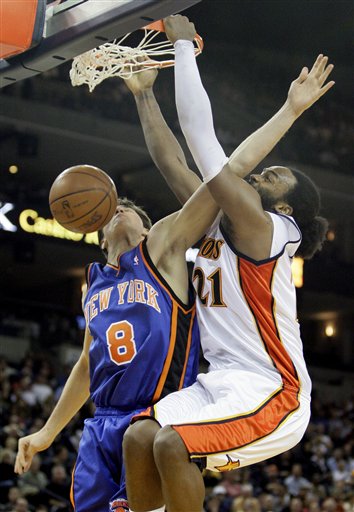 Whoa. That was crazy! All you heard this game was the ball going through the net. Jumper after jumper fell in. Layup after layup went down. You knew that this game was going to be high scoring, but this was ridiculous. Check out the Warriors scoring by quarter:

120 points in 3 of the quarters. If it wasn't for that "awful" 2nd quarter, the Warriors would have rolled up 160 on the Knicks. 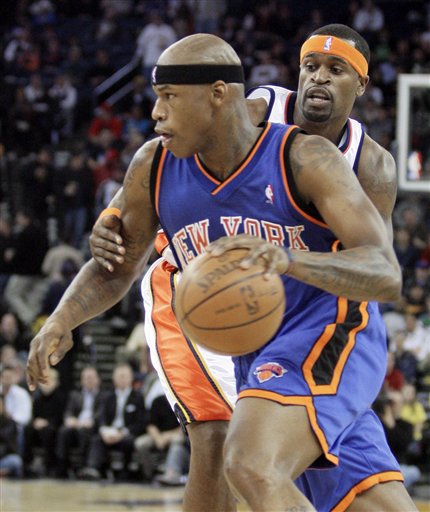 The man everyone came to see right? He got booed during intros and every time he touched the ball. He got Mike Dunleavied. He shot the lights out in the first half and I was ready to write something about how all the Knicks need to do to make him MVP is to hire Nellie to talk trash to Al before each game. 22 points, 7 boards at the half! But, he cooled off and finished the rest of the game as the Al we know and used to love - 2 points and 2 rebounds in the 2nd half. Pretty much a non-factor after the first 24 minutes. By the way, was it just me or did he look a little skinnier? Anyways, had he continued his hot shooting it would have been interesting but since he cooled off, there's not much of a story.

Jamal Crawford
The other guy playing against his old team managed to score 21 on just 12 shots. For a time in the 3rd quarter he was just feeling it. He came out of gate and showed some aggressiveness on offense. When he starts to get fancy (sometimes too fancy) with his dribble you know he's feeling it. I wonder if he cared to stick it to the Knicks tonight? I don't think he really cared. The situation here isn't all that different. Maybe the difference is that the Knicks are trying to shed bad contracts while the Warriors keep handing them out. Well both are bad teams. New York just happens to be a bad team within a few games of being a first round playoff sweep.

Crazy Offensive Numbers
These numbers are all skewed because neither team decided to play any defense. 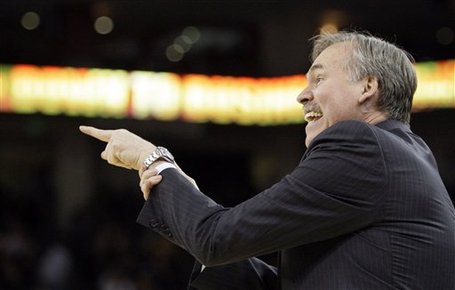 De-what?
Did anyone play defense tonight? I missed it. Actually, did anyone even try to play defense tonight? Because I didn't see any effort out there from either team on defense. I take that back, the Warriors played it in small spurts with individual players getting steals, but there was no consistent effort.

In fact, as bad as the Warriors are normally on defense, the Knicks were about 100x worse tonight. I don't remember any of their players getting a stop, trying to take a charge, putting a hand up on a jumper or for that matter, hustling. Thinking back on it, it was a disgusting display of basketball. How can you not take pride in defense? They weren't even trying. Check this out, 3 steals and 2 blocked shots. No that's not Nate Robinson's stat line vs Yao Ming, that's the entire team. Yikes. Mike D'Antoni is straight from the Nellie school of defense. Actually he should change his name to Mike 'Antoni because he doesn't know what D is.

Warriors @ Home
The Warriors are really showing that they're a good home team. 3 straight blowout wins (Suns, Jazz and Knicks) and it could have been 11 in a row at home if not for 2 OT losses and 2 buzzer beaters. So after that tough early schedule of always being on the road, they're back at home and showing that they can compete in front of the best fans in the league. Thursdays game against the Portland Trailblazers will be a tough test. Should be fun to watch and see how they handle Roy on the perimeter and Oden in the paint.

Stephen Jackson. I would have given this to him based on the 0 turnovers alone, but throw in 35 points and 10 assists and you have a no brainer for the WW. Another great game from Captain Jack. 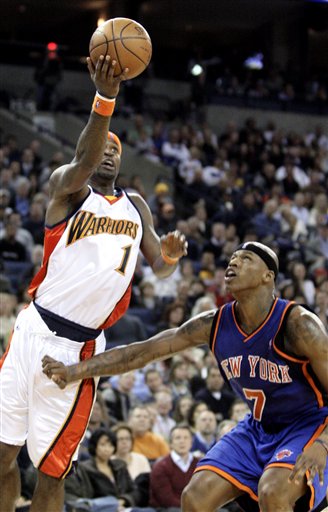