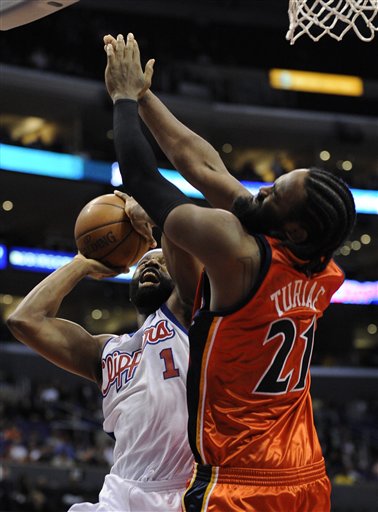 Now raise your hand if you thought the Warriors were going to win tonight (keep my hand up there and see a bunch of people join me).

Those of you with your hand raised (it's hard to type with one hand), we must all repeat 2 Warrior fan mantras before each game to avoid making silly predictions like these. The 2 Warrior fan mantras of the '08-'09 season that any die hard fan should never let slip from his or her mind. These 2 mantras should be shouted from the rooftops as a warning to others, whispered every night before bed, and written on the walls of the Oracle. 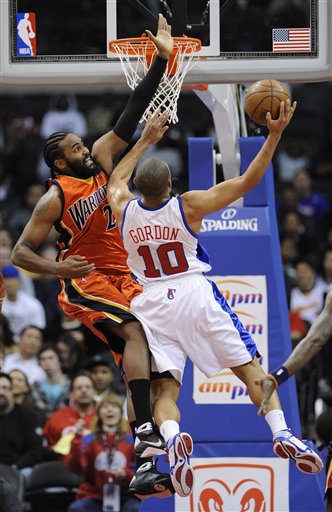 It's an obvious statement right? Anyone who watches them can tell that they're a bad defensive team. All those people except one of the guys who sits courtside and broadcasts every game. Why do I have to sit and listen to Fitz keep telling me how the Clippers are shooting well above and beyond their normal 3 point shooting rate? I now know that the Clippers average around 6 three's per night and are the 25th best 3 point shooting team at 35%. Tonight, the Clippers made 13-24 three's (54%). I don't mind Fitz telling me that they're shooting so much better than their average. I do mind that is all he says. Maybe tell the viewers why you think this is happening. Maybe tell the viewers what you think the Warriors should do to stop it. All I'm saying is, I wish Fitz would provide some objective commentary. The homerism is making Warrior fans soft. It's the Warriors fault the other team is having a great night from 3.

This hot shooting has more to do with the Warriors lack of D than the Clippers being hot. How many open looks did Eric Gordon get? Way too many. Somebody put a hand up. His 3's seemed to come on the drive and kick. Baron probably beat his man off the dribble, the defense sucked in, Gordon moved to an open spot, Baron found him, launch and swish. It starts with the on the ball D and ends with the help D. You don't need to leave Eric Gordon to triple team Baron in the paint.

One of Baron's 3's came when everyone knew he was going to take it, except Stephen Jackson apparently. I guess playing together for the past 1.5 years didn't mean anything. He hit 1 three in the first quarter and then came right back down and hit another one. Those 2 shots sparked a Clipper comeback and it was pretty much all downhill from there for the Warriors. Game changing 3 because of lazy and forgetful defense.

Other defensive problems:
- Marco got benched for the rest of the night because of one boneheaded play. Marco was supposed to be the last man back but Mardy Collins slips by him and the long outlet pass hits Mardy for the uncontested layup. Marco wasn't even within 20 feet of the guy. That should NEVER happen.

- The Clippers shot 51%. This is the worst shooting team in the league at 43% per night. They are also the worst team in the league in terms of points per shot. Now how does a team that shoots so poorly normally make over half their shots? Was it because they changed their offense or were just making some lucky shots? No, I don't think so. Must have had something to do with the "defense" the Warriors were playing. 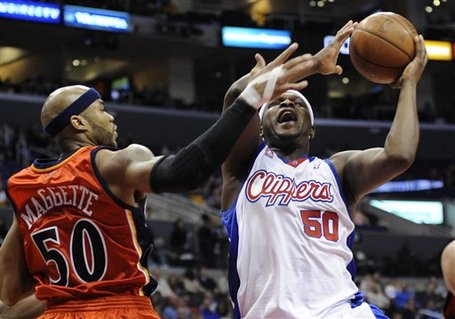 I was fooled by the recent streak of solid, inspired basketball. They were 5-4 in February prior to this game. All but one of those games was at home (the road game ended up in a loss to PHX). The "hot streak" saw an OT loss to the Spurs, blowout wins over the Suns, Jazz and Knicks, and a comfortable win against the Blazers. They were playing so well. The offense was flowing. The defense was, well, there. The wins were coming and they were competing even against the best teams.

But I forgot that they're still a BAD BAD BAAAAD road team. 15-13 at the Oracle. 5 and 24 on the road. 5-24. 5 wins. 24 losses. Right now the only team with more road losses than the Warriors are the Kings with a 27 losses. There's just no sugarcoating how bad the Warriors are on the road. But just for fun let's try. In the majority of those 24 losses the Warriors were without all of their best players. So imagine how much better they'll be next year when everyone is back healthy. Remember, this is the youngest team in the league!

In all seriousness, the Warriors are going to have to learn how to win on the road in order to have a chance of making the playoffs next year. It's always tough to win on the road when you don't play defense and can't get stops to make the crowd shutup. By the way, was there even a Clippers crowd there? I barely heard anyone.

How many more wins on the road do you think the Warriors get this year? 13 games remaining. I'd say 2, maybe 3. Take a look at the schedule.

If there's anything you remember from this season, remember this: Monta cost us the season, I mean, remember these 2 mantras. 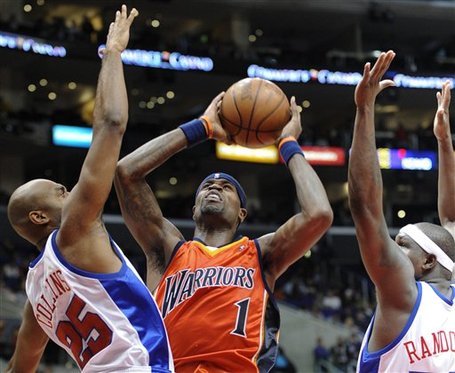 - 18 turnovers? How many of those were the careless, dribble-off-of-my-foot variety? 5-6?

- Turiaf was the key to the hot start. Lots of energy on defense and was fighting inside. Banged around with Randolph and hustled for every loose ball.

- Are you sure you don't want to trade for Baron Davis? Dude nearly had a triple double and looked good doing it. I'm sure he played harder against his former team than he had all year, but damn we could have used some of that this year. It reminded me of the Baron all Warrior fans knew. He can create for others. He can get a big bucket when you need it (even if it is a bank). He can control the game. We're missing the guy who can just take control of the team and the game. Baron has that quality. Imagine if that was Baron kicking it out to Morrow instead of Gordon for 3's. Or Baron dribbling through the lane for the bucket. He tried tonight. You could tell he wanted to play well, and he did.

That dude in the Biedrins jersey they kept showing during the telecast sitting right behind the Warriors bench. Only if that #15 jersey was a Spree jersey instead of a Beans jersey.