Welcome Back to the Bay Jason Richardson and Matt Barnes!

Share All sharing options for: Welcome Back to the Bay Jason Richardson and Matt Barnes!

Jump like J-Rich at a Slam Dunk contest for some quotes...

Recalling when everyone believed [SFGate]:

J-Rich on the We Suck:

"It's crazy what's going on, stuff with the front office and with Monta (Ellis') situation. It's like, man, what happened? Just two years ago we were up and climbing, and now they're starting from the bottom again. I can just imagine what the fans are going through, going from bottom of the cellar for 10 years to finally making the playoffs and having a really good year last year."

You can never take We Believe away from us:

And no matter what, they'll always have "We Believe."

"That was history," Barnes said. "Everyone says your team is your family, but at Golden State, that was really the truth. We all loved each other, and it was hard because they broke it up so fast."

"We both talk about it like, 'What if they just had that whole team for a whole other year?' " Richardson added.

"I mean, we know the money situation with Monta and with Baron (Davis), but if they could have just put it aside to give our team one more chance, if we would have had a whole season with everybody healthy, playing together the way we played, it would have been amazing to see the things we would've done."

'I definitely kept in touch with them last year. Last year, I was just cheering for them. All of them guys were like brothers, everybody. They're struggling, but you still have Steve there, Monta there, Andris, and the fans are great."

Matt says We Believe was fam:

"That year we made the run, that was history. We talk about it every once in a while. We really had a family there. Everyone says your team is your family, but at Golden State, that was really the truth. We all love it each other, and it was hard because they broke it up so fast. But we also talk about how great the fans are there, how loyal they are. I see the games on TV and it still looks full." If you don't know, you better read this and click every single link in it:
Unbelievable, Unforgettable, and Unstoppable Baby! [The W Column] 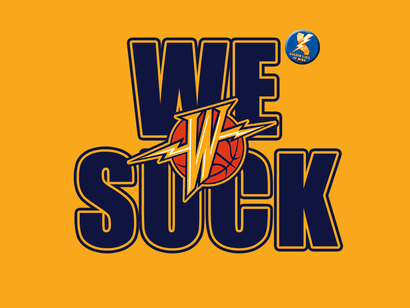