Share All sharing options for: RECAP: Warriors 124 Suns 112 - THE ONSLAUGHT 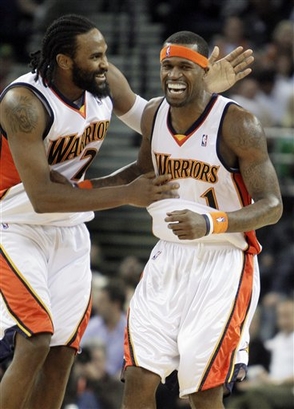 He got big teeth.

Oh me oh my. Oh my oh me. THAT was quite a game. I love to see Warriors vs Suns games - they're high scoring, fast, and we usually win.

I have decided that I need to make more friends in life and the best way to do so is by keeping a few pen pals. Basketball players are pretty nice so I'm going to take a risk here and put myself out there and write to a few of them. Hopefully I'll get a few responses.

Jump like J-Rich at a Slam Dunk contest (TM Atma Brother ONE 2009) for my letters... 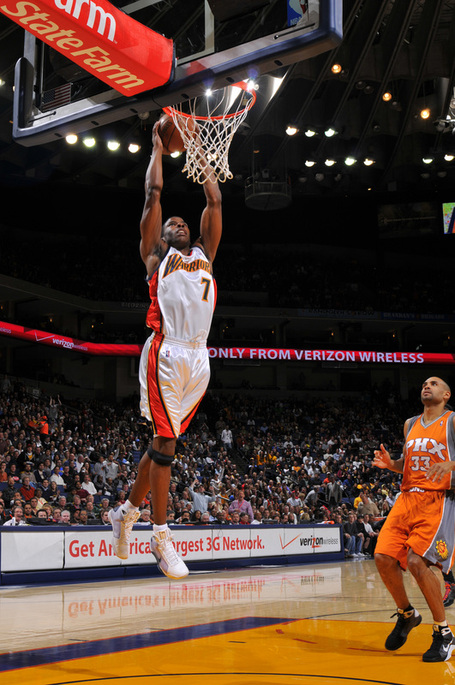 I do not know who you think you are sir, but where do you come off thinking that you can scoring 19 of your 25 points in the first quarter. Furthermore, four total 3 pointers? Look buddy, this performance is completely unacceptable and I will not tolerate this any further.

If you cannot tell by now, I am being completely facetious. Your game last night was incredible and you desire huge accolades for it. Thanks for the great game!

P.S. Please tell me how to get get biceps as big as yours. 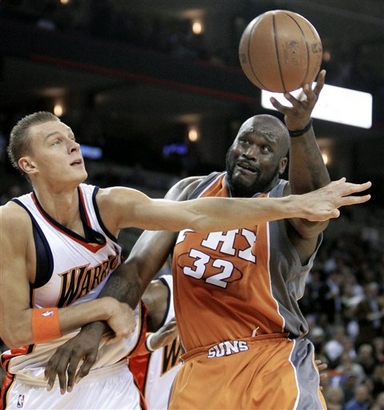 It says "SUNS" on the waistband of their shorts! We gotta get GSoM shorts like that!

You are indeed the Man of Steel. After 17 years in the league, you still manage to pull off double-doubles (17 points and 12 boards) as find your way into the All-Star Game. I am quite impressed, and honestly, I could not imagine (simply because I don't remember) the NBA without you. You have made this Suns team lose its "Run-and-Gun" mentality and have caused Amar'e's numbers to drop significantly, but hey, as long as you're winning right? Wait, you guys have been losing as of late.

P.S. Kazam and Blue Chips will be my favorite movies forever. 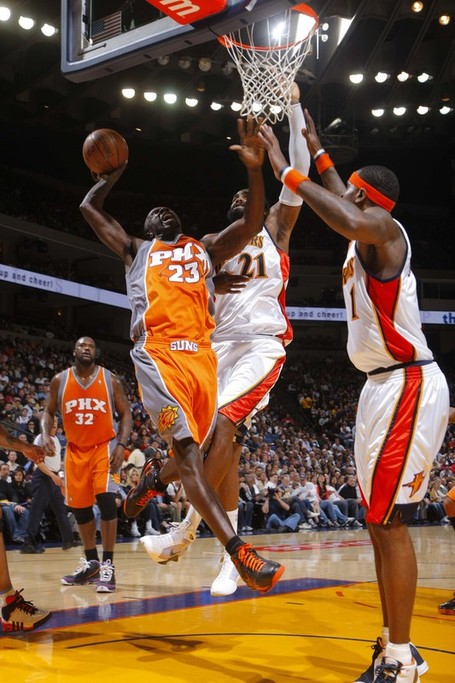 How I miss your high-flyin dunks and clutch 3 pointers. Please come back to the Bay. As demonstratd by yesterday's outing, we can always count on you for a good 20+ points. You were the life of the Bay for so long, it really makes no sense as to why they got rid of you. Tell Steve Kerr that we're willing to give up Brandan Wright and Jamareo Davidson to bring back your services. That will be all.

You are not being used properly in Coach Porter's system. How great would it be to play for the Warriors? The Bay is where you belong buddy.

3 minutes, 3 boards, 1 block, and 3 fouls? That's is the most impressive statline ever. I hope Rob Kurz ends up to be like you. 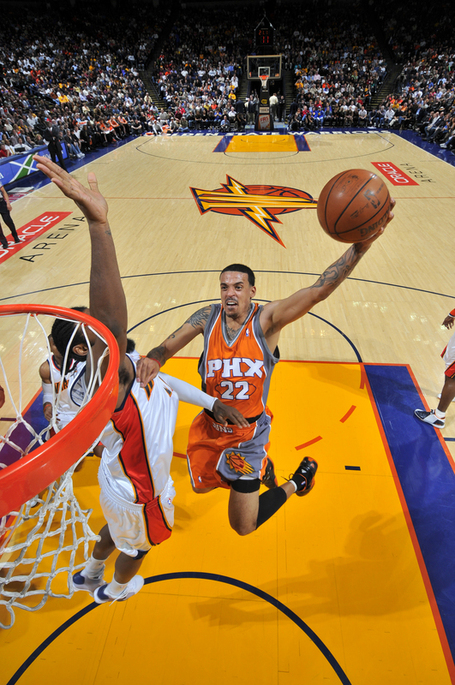 I think this was blocked.

You were by far one of my favorite Warriors during the "WE BELIEVE" times. You exemplified the underdog mentality that we held and played every game with passion. Thank you again for helping bring life back to the Bay.

Although you were not as productive as we wanted last year, I don't believe for a second that you were a detriment to the team. I miss the streaky games, the wild 3s, and the poor shooting nights. All of that was Matt Barnes to me. When I parked in the Player's Lot last year, I saw you roll in with a Benz, and when you hopped out of your car (an hour before the game) you tossed up the "peace" sign. That's probably the closest I'll ever get to a professional basketball player. I could tell by that one gesture that you were a great guy.

But let me tell you what I miss the most about your game Matt. Luckily for me, I got a glimpse of that last night. As you guys were getting blown out and the game was clearly over, I witnessed what I like to call the signature "Barnes move." Ronny Turiaf drove in and you fouled him. Big deal right? Well, it was the typical Matt Barnes flagrant foul. As Jim Barnett said after the play, "Now, Matt's not a bad guy nor does he mean any harm, but at times he gets really emotional." THAT's what I miss - EMOTION.

Monta to the Rim!

I have been one of your biggest critics since you injured yourself. During your first game back, I said that instead of complaining, I should let your game speaker louder than your words.

Here was your performance last night - 28 minutes, 0-7 shooting, 2 points, and 5 assists. Mind you, this was during a home game when everyone else was shooting lights out.

You tell me where to take this from here. There's got to be a reason I can't find a photo of you from last night's game.

Always a pleasure to watch my team play against you guys. Fun games. I am fearful though, that in our next meeting, on Friday at your home court, it will be another blowout, expect you guys will be victorious.

What I enjoyed most about last night's telecast was when the color commentators of the teams, Jim Barnett of the Warriors and former NBA player Scott Williams of the Suns, switched teams for part of the second quarter. Not only did this spice things up a bit as a viewer, but it showed how the two teams respected each other. I appreciate that.

Thank you for being great sports players and please don't destroy us on Friday.

You have been my favorite player on the Warriors for a long time now. I enjoy watching you play with huge emotion, jacking up silly 3s, and with huge heart.

CONGRATULATIONS on the triple-double! 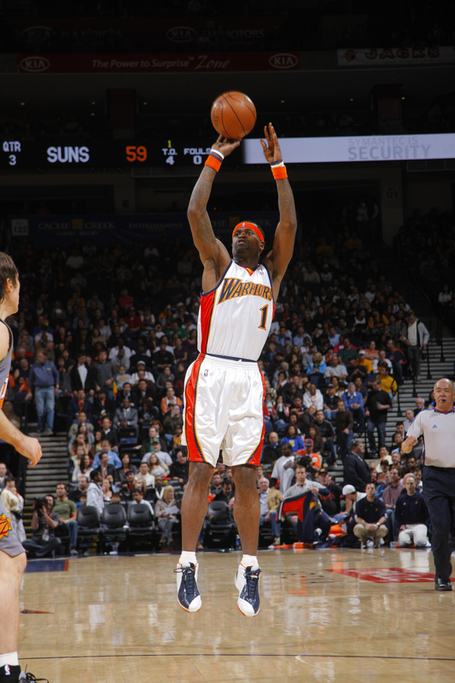