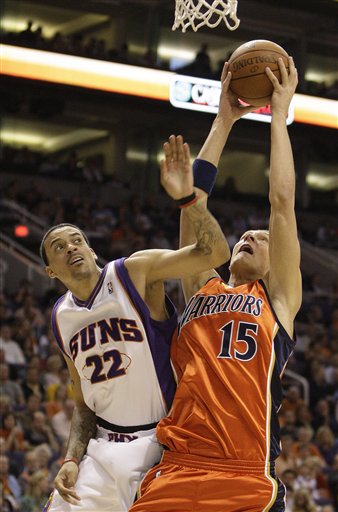 Well this is the easiest recap, I've ever had to write. I'm just going to copy and paste Matt Barnes' email in response to R Dizzle's letter to Matt from last game's recap.

Before we get into that, I just have to say that you can't ask for a whole lot more of this Warriors team. They were down by just 2 with 3:28 to go, 103-105. I'll take that opportunity every road game considering how bad this team is on the road. The problem tonight came in the next 2 minutes and 12 seconds.

In that short span, the game completely changed. Warriors 0, Phoenix 6. And Phoenix pushed their lead to 8 with just 1:16 to play. Then the fat lady started singing.

Hit the jump for the email. 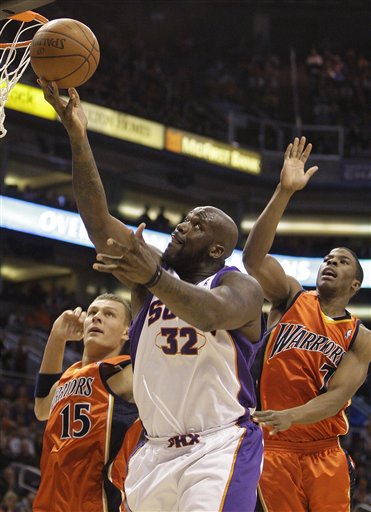 First off, thanks for the kind words. I have nothing but love for Warrior fans. In fact, I got one of those "The Town" tattoos right where my heart is. Anyways, I remember you at that game. Throwing you a peace sign? Naw man, I was just seeing if you wanted 2 courtside tickets. Next time, next time.

This game was crazy though. Did anyone else get flashbacks of 1999? Grant Hill scoring 27 on just 17 shots? Wow. Now if Shaq dropped 20 pounds and didn't play like an old man, you might have really fooled me. We needed this win to stay in the playoff race. But honestly, right now we are not playing well. No offense, but strugglign to beat the Warriors who are on the road? Yikes. We have a lot of big names but not a lot of wins.

This game was crazy. Them Warriors really kept it close. The tide really turned when Beans got hurt. You went from being down 3, to being up 4 in the 3rd. Then he got hurt and we took the lead back. You guys lost the momentum and it was an uphill battle the rest of the game. I'll be honest, I think you guys would have won if he doesn't get hurt. 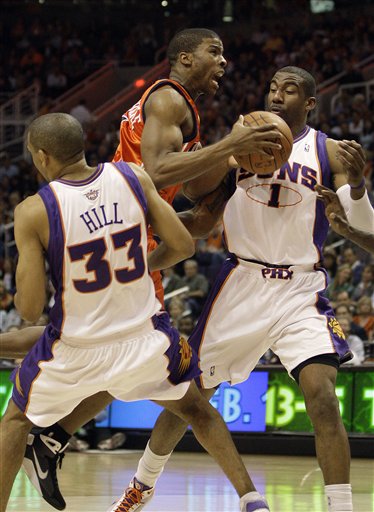 Kelenna sure came back down to earth didn't he? I got him a box of his favorite Krispy Kreme's before the game. Sucka. And I think Terry Porter knows about him now. He told Amare to dominate Kelenna after Kelenna dominated Amare. He didn't dominate the entire game but he did enough to get us the W. He had a good game, but what's scary is, he didn't even play that well.

I'm sure you know this already but Monta has lost a step. It's going to be until next year before you start to see him as he was last year. He's looked pretty ordinary these 2 games we've played.

After playing against Turiaf, man if we had someone like him last year or even better, during that playoff run, we would have been a top tier team for sure! He almost had another double double tonight. He's still annoying but we could have used his toughness and nonstop energy to pair with Al Harrington. What if....what if...

By the way, I'm giving out the Warrior Wonder tonight. At first I wanted to give it to myself but I didn't have enough tackles. So I'm going to have to give it to JRich for his 25 points and giving us a big boost at the start of the 4th with 7 quick points.

I'm not going to argue with Matt since he wrote this recap for me. JRich it is.