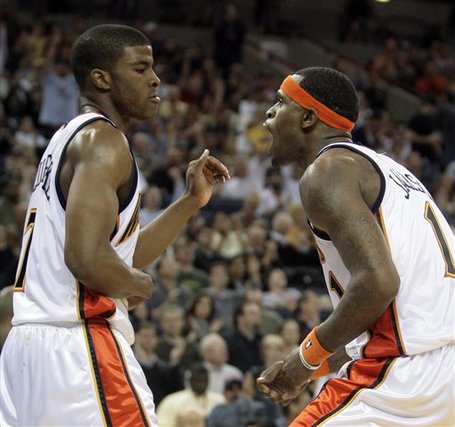 Warriors finally show a little heart and spunk and guess what ... we beat the Mavs 119 to 110 Friday night. The best part was watching our young guys do it all by themselves. With Brandan Wright starting against Dirk, Monta looking as good as ever, and the combo of Randolph and Buike coming off the bench, it was too much for the Texas playoff team to handle. Who knew?

This was the type of game I needed to see, the type of game that put my irritation and grumpiness away for a little while and reminds me why I love the Warriors so much. Let's just pray this develops into a more consistent thing. But for now let's give props to the guys who won the game in our own home tonight shall we? 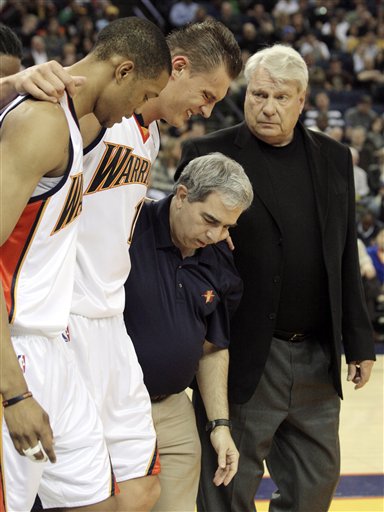 Let's hope it's nothing serious!

First off for the bad news. Andris went down in the first half with what looked like an ankle sprain or something. I'm no doctor but I'm sure we'll hear more about it tomorrow. This season hasn't panned out as plan for Biens but I'm hoping it's nothing serious and he'll be back as soon as possible. Get well Biens!

Now for the good news:

The game was fun to watch. Dallas had a 2 point lead after the first quarter but the Warriors quickly gained control and lead the rest of the way. They did it by hustle and determination. The best part is that they played like a team and I don't remember the Warriors grabbing that many rebounds (40) in a game in a long time.

Monta Ellis: He's been getting a lot of crap recently and for good reason but it was fun watching him play tonight. As days go by it looks as though he's getting his groove back and had a nice game with 29 points, 3 assists and 11 rebounds. Monta was everywhere tonight. Flying past Jason Kidd, running around the screens, he showed the quickness we missed so dearly when he was out. Granted his defense was lacking as Jason Kidd recorded yet another triple double with 21 points, 11 rebounds and 10 assists, but I'll take that if we win. Too much talk about his depression or in-house fighting with the staff, etc. I just want to see this kid get back on track and become the star we know he can become. 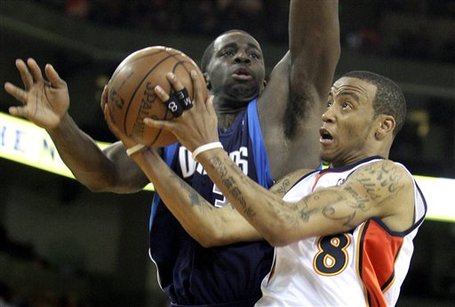 Anthony Randolph: If it takes me bagging on him every single time to get this kind of performance out of him, then I'll do it! I was surprised he didn't start, but I think Nellie knew what he was doing when he had Randolph coming off the bench and playing for 21 minutes. Randolph had a productive game notching 14 points and 7 assists. Even better were his 3 blocks that could have been 5 for the game. In his post game interview he mentioned a competition he has with Turiaf each time to see who can get the most blocks. Imagine a healthy team of Randolph, Biens, Turiaf and Wright blocking shots? Now that's a great thought! It was nice to hear him speak about humility and hard work. That's the type of stuff that makes fans want to root for you. In the game AR did a good job hustling back on D and converting free throws, but the highlight for me was his stat for turnovers ... 0! 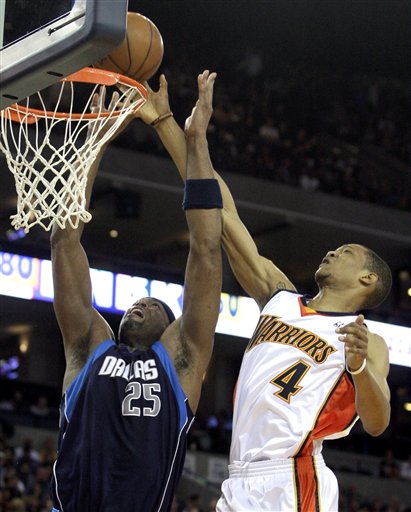 Next time just hit him on the head AR!

Brandan Wright: Here's another guy I don't like to give too much credit too, but seeing him come back from injury was nice. I practically wrote him off the team a couple months ago. For that I was wrong. I enjoyed watching him play tonight even thought he only played 15 minutes. Wright scored 12 points and grabbed 5 boards. I still think he has a long way to go but I was pleasantly surprised by his performance. Why Nellie started him I have no idea but it will be interesting to see how much playing time he gets for the rest of the season and whether or not he'll start other games.

Turiaf & Buike: The perfect role players. Turiaf came in when Biens went down and helped Randolph control the paint with blocked shots and important rebounds. On the offense Buike shot the ball well scoring 14 points and grabbing 4 rebounds. With Maggette out for the game these two guys gave us a deep bench to rely on and control whatever the Mavs threw at us. Terry and Singleton from the Mavs also had a nice game off the bench but in the end couldn't help their starting lineup like ours could.

Warrior Wonder: Lastly, I have to give the Warrior Wonder to Stephen Jackson. My last recap and preview I called him out for his inability to lead this young team and not teach them how to keep their composure and close out games. But tonight he did just that. With some nice stats of 31 points, 10 assists and 7 rebounds, Captain Jack did an even better job of keeping the Warriors from losing this game. The Mav's were pressing and trying to break the 10 point deficit in the fourth, but in the end it was Jackson that controlled the game and kept our lead. With 3 minutes to go he forced a 3 point foul off of Jason Terry that basically took the wind out of the Mav's sail. I know it's hard with such young players, but this is the type of performance I expect from Jackson every night. He doesn't have to score all the time, but he needs to lead by example and spread the ball around. Without a true point guard, we need all the assists we can get and tonight Jackson was a big one. 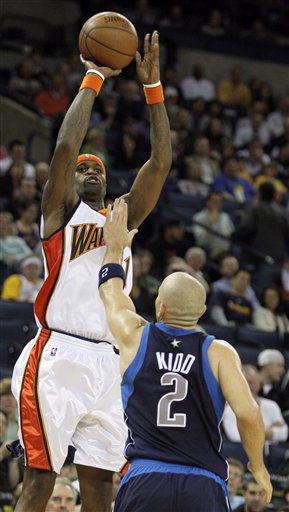