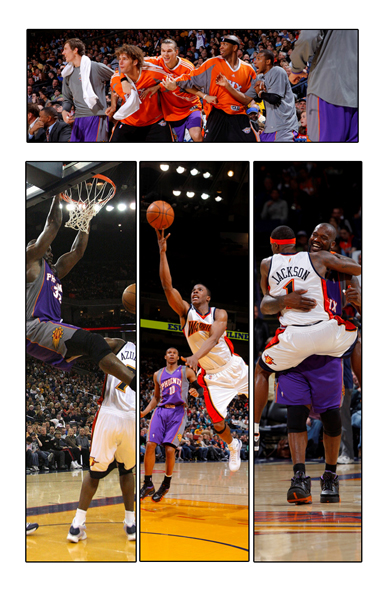 Ugh.  I knew it was going to be a high scoring game. I just didn’t think we’d be this short handed in a win. Last night was also the first game I had ever been to where I saw a ton of people walk out and leave 3 minutes into the fourth quarter. It was as if the game ended with 8:53 on the clock left to go. Talk about embarrassing, especially being on national TV. It was in our building that the Phoenix Suns served up the highest point total in the NBA this season against our Golden State Warriors. Originally, I wanted to do GsoM’s very first comic book recap, but after last night’s loss, I’m just going to post up the pages and you can fill in the comic bubbles. 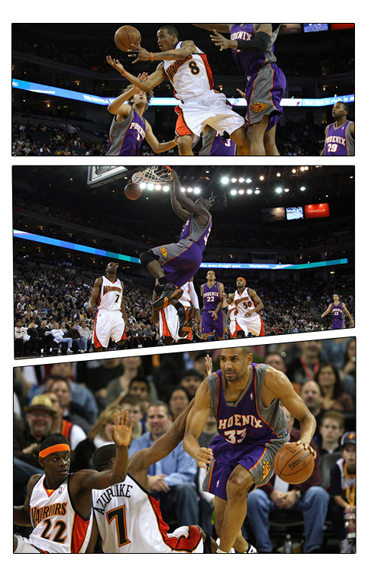 Monta Ellis scored 26 points with 3 assists (gotta get that number up buddy) alongside Corey Maggette’s 21 points, Kelenna Azubuike’s 18 points and Jamal Crawford's 17 points. Obviously not enough to stop the Suns. Was it just me or did Brandon Wright just play 1 quarter?! I still don’t get the logic to it. Oh yea, Jason Richardson scored 31 points, 18 of those were in the 3rd quarter. Matt Barnes decided to rack up 20 points himself with 11 assists and 6 rebounds against his old team. Talk about taking care of business. Shaq dropped 26 points on us as well! 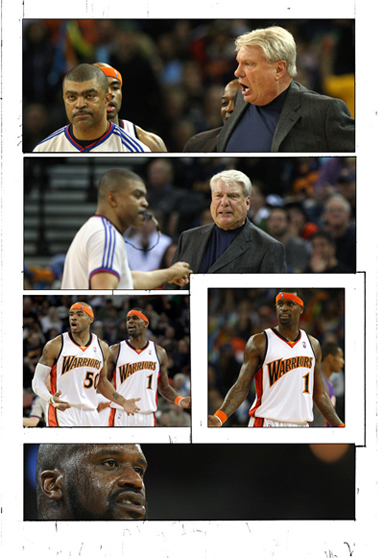 The highlight of the game was unfortunately when both Stephen Jackson and Coach Nelson received technical fouls and were ejected 11 seconds apart in the 3rd quarter. The comic panels says it all. Just coming home from the game and reading about everyone's reactions, folks were either bitter or happy they got ejected. As soon as Keith Smart took over, it wasn't enough for the W's to stage a comeback.

We needed everybody tonight. Phoenix straight up owned us on small ball. J-Rich and Barnes felt pretty good about themselves and fans really wished those guys were still on our team (maybe just J-Rich). As I sat alone in my section in the fourth, I wondered why we didn't see enough of Brandon Wright. Why was Belinelli deactivated? Was Maggette really playing center?

Hmmm... I'll have to give the Warriors Wonder to the Fans like me and RomesDavidWood for staying all the way to the end of the massacre. As you can see at the picture below, my section got empty quick. I'm not asking for any brownie points but it takes a lot outta fans to stay after a beating like that. 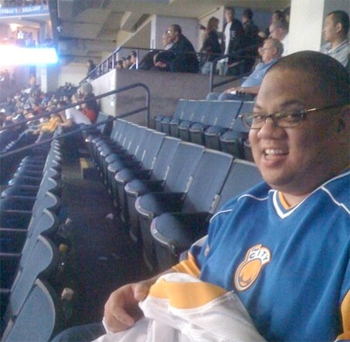 Yea... I called my friends from upper level to join me but they left too!