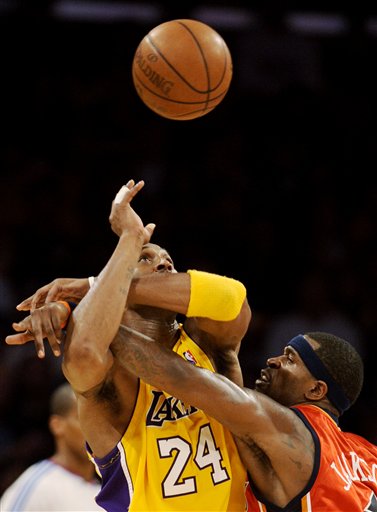 It was a close game but just not quite enough defense to get the W. Sound familiar? The Lake Show shot 50% from the field and 50% from 3. The Lakers put the game away at the start of the 3rd when they tore off an 11-0 run to push a 1 point halftime lead to a 12 point, good night Warriors, lead. From there, the Warriors fought back but were playing from behind the rest of the night. Even though the Warriors cut the lead to 3 with under 3 minutes to go, it just didn't have the feel of a Warrior win. The Lakers seem to do that to the Warriors. They let the Warriors get close enough but not all the way. It's like seeing how far you can go without hitting that breaking point. I have to admit though, it keeps these Warriors-Lakers games very interesting.

There's already so much to be negative about, I'm not too excited at the prospect of ripping the Warriors or telling you all about how bad this team is. Instead, let's look at some of the positives. 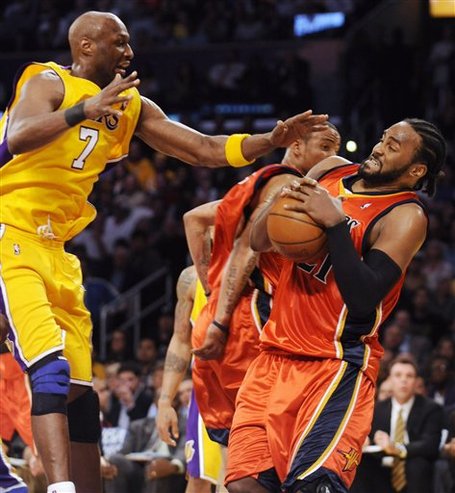 Brandan "My Shoulder is Fine" Wright
He finally got some real PT. I’m sure it helped that AR got hurt, but the starting nod and 33 minutes is an encouraging sign. Double double, 11 and 10. Throw in the 4 assists and BW (does his middle name start with an M?), put together one of his better pro games, against the top team in the West too.


Corey "I’m the PG" Maggette
Wow, move over Monta, here’s out PG of the future. 7 assists? From Corey Maggette in one game? Heck he had 7 assists in 22 minutes! I didn’t even know he knew how to pass the ball. All he seemed to know was catch, dribble, get the ref to call a foul so I can shoot some free throws. The 7 assists are astonishing. I’m speechless.  Is he turning over a new leaf? Auditioning for PG spot in 2009-2010? Or was this just a fluke because he couldn't score much tonight.

Kelenna "Lights Out" Azubuike
This guy and Ronny Turiaf were two excellent additions to this Warriors team this offseason. Money well spent. Tonight he had 25 points, 8 rebounds, and shot the lights out. I wonder how his offseason will be. Is he going to get better or has he hit his ceiling? His defense could improve but offensively, he's been quite efficient is someone you can count on.

Stephen "Lights Off" Jackson
My mama always said, "if you don’t have anything nice to say, don’t say anything at all." I’ll leave it at that Mr. 5-17 and 4 turnovers.

Monta "I’m Back" Ellis
Whatever he had to eat back home in Mississippi with his mama is what everyone on the team needs to eat. Tonight he continued to play and shoot well. 27 points on 19 shots along with 5 assists makes it look like he can be that scoring point guard that Nellie wants him to be.

Playing tough without 3 key players
No Andris, no Jamal, and no AR against the top team in the West, and some would say the league. With 3 minutes to go, the Warriors nearly won the game. It's possible that the score doesn't change with those 3 guys but I'd like to think that they have a positive impact on the game. So, all in all, it's not a bad loss. Not bad at all. Just a little closer to a higher draft pick. 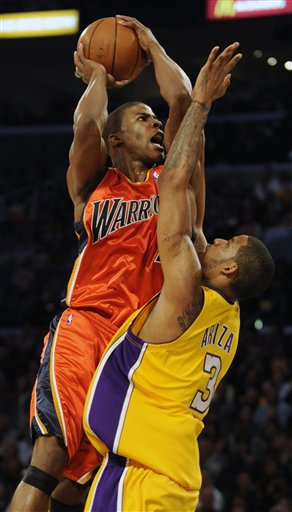