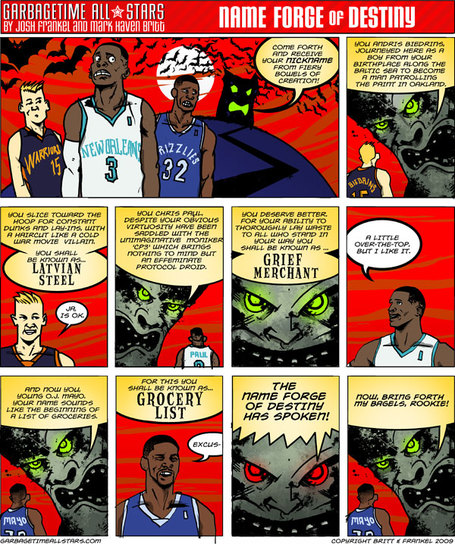 Some comic strip I found with Andris and CP3

I don't think the Warriors will have so much to smile about when they visit the Big Easy tonight. Playing the Hornets never gives anyone any warm fuzzy feelings.

The Warriors have been one of the worst road teams in the league and I don't expect that to change regardless of who's healthy or not. The Chris Paul, David West, and Tyson Chandler 3-some is difficult for anyone to beat.