Share All sharing options for: OPEN THREAD: Warriors at Spurs

Yeeeeeeeshhhh... nothing about this game looks good.

As we continue onwards with our dismal season, lately (short of the Dallas game) the Dubs have been surprising no one with the end results of their previous matches. Wins against the weaker teams, losses againsts the elites.

Granted, as we have been focusing on the dormant youthful elements of our roster, there have been some nice discoveries, but it's difficult to elude the reality that any positives we see right now aren't going to make a difference to the success of this franchise until (at least) next year.

Which makes a game like tonights that much more difficult to watch... 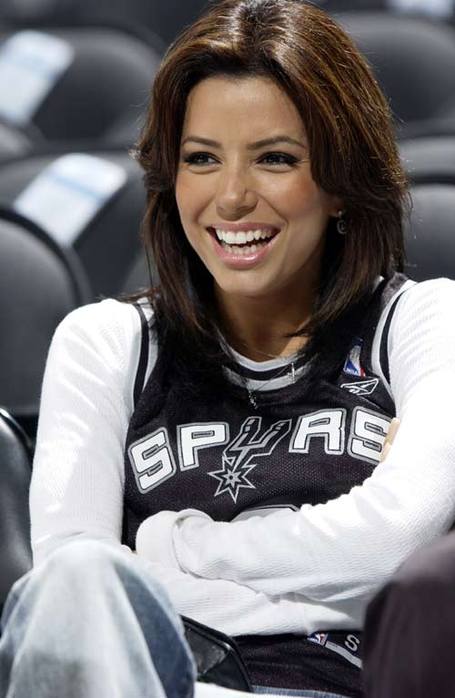 There were a lot of Spurs related pictures to choose from. I like to think I chose wisely.

Despite the (high) potential of a beatdown, as always with the Warriors, there are a few moral victories to be gained in this game.

Monta vs Parker - With Monta making his shift towards the point, it should be pretty fun to watch him match up against one of the premiere PG in the league. Short of his outing against New Orleans, Monta has really been finding his scoring rhythm again and it's... well it's pretty damn sweet.

Breaking the Streak - Did you know that the last time we won in San Antonio was in Feb of 1997? That's a mere 6 months after the Nintendo 64 was released in the US. That's right. The Nintendo 64...

Spoiler Spoiler - The Spurs just dropped a big one to the Rockets. Considering the fact that they are now half a game behind them - we have a chance to help the Rockets widen that gap. Not that I prefer the Rockets to the Spurs but hell, we might as well mess up somebody's day!

Ronny-Randolph-Wright - Yes my pets... enjoy your delicious minutes... soon you shall grow to be the inside presence the Warriors so badly need...