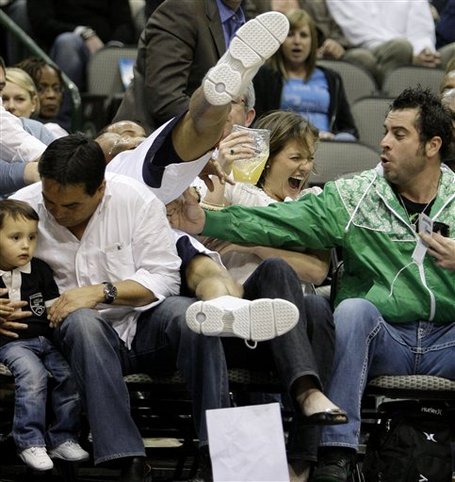 Right ... clearly we didn't win this one so instead of ya'll having to read the 47th losing recap of the year gripping about how we didn't play defense or shoot the ball well or shut down player X ... I've decided to make tonight's recap completely pointless and educational all at the same time.

Since I've noticed in recent threads that we have a nice size Filipino community on GSoM, and since I'm an avid food lover, I've decided to explore the realm of Filipino dining. Let me first start by saying that in NO WAY am I an educated Filipino food junkie nor did I grow up out there, but I occasionally get invited to friend's parties or houses where I get to have my only true taste of real Filipino food. And boy is it good! I can tell you the laughs I get when I ask them to take me to "fine Filipino establishments", but tonight let's focus on what little I do know and how it compares or doesn't compare to the Warriors tonight. 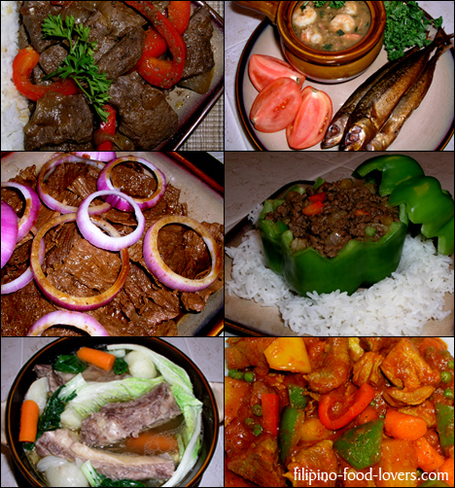 A smorgasbord of yumminess!

I didn't think the Warriors had a chance. I even posted it in my preview but I was hoping for the best. A little voice in the back of my head was reminding me how well we usually play against the Mavs, but in the end I was too irritated with the day to allow myself a glimmer of hope. In the end the Warriors lost to the Mavs 106 to 128. It was a good old spanking and the only thing I can think of during the game was "how nice would it be if we had a decent point guard"? I think if we did we'd be ten times better. Randolph would have nice passes down low for the alley-oop dunk or perfectly timed feeds that could allow Monta to drive to the hole. But what's the point in arguing something so obvious? And why is the Mavs backup point guard better than any of our point guards? TELL ME!

But enough about that, let's breakdown a couple of my favorite Filipino dishes and see if ya'll agree:

Everyone loves Lumpia. What's not to love? It's fried, it's crispy, and it's absolutely delicious. These heavenly fried pork spring rolls are common in many different Asian culinary cultures but I'd have to say this is the Monta Ellis of Filipino food. It's one of the main dishes you have to order. And tonight we had a pretty decent serving. Ellis scored 22 points with 5 assists and 5 steals in only 33 minutes of play. He clearly used his speed to his advantage to cut by Kidd and the rest of the Mavs defense but only shot 8 of 19 from the field. He was still able to control Jason Kidd by only allowing him to score 3 points however, how could he NOT control Barea? Who? I know!

Either way it was a decent effort and you know you're going to order this again. In fact you'll probably crave it tomorrow during work when you read this recap. Hungry yet? Let's hope Monta can give us a better serving against the Nuggets on Saturday. (hhhmmm Nuggets) 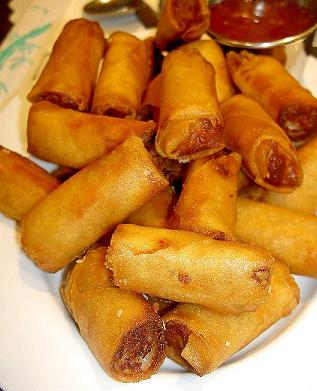 Tonight it was Anthony Morrow who was on FIRE! Sizzling Sisig is one of my favorite dishes which consist of pork marinated in lemon juice or vinegar and seasoned with salt, pepper and other spices which is then cooked on a hot plate. Morrow couldn't be any hotter than tonight when he shot 10 for 11 from the field and 3 from 4 from 3pt territory for 29 points. It was one of his best games in the league and I swear he could have scored 40 if his damn teammates would have passed him the ball more. He was open most of the night. This goes back to my obvious request for a true point guard. Morrow was hitting his shots from everywhere. With a hand in his face or completely open, he drained shot after shot and even went 6 for 7 at the free throw line. I'm hoping he gets more playing time because I order this dish every single time. 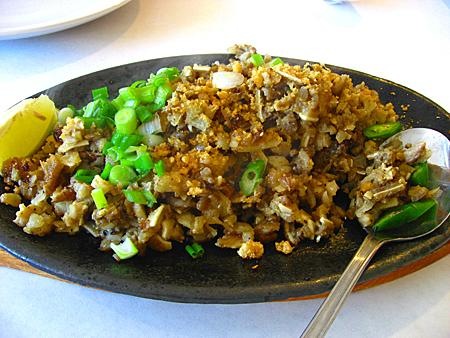 Hands down my favorite dish, but you can't order it all the time. I think this dish is a heart attack waiting to happen which is why I consider this the AR dish. He's hot one night and not the next just like Crispy Pata. This dish is either really good or really bad, never in between. Crispy Pata is a deep fried pork dish that makes you hungry for more every bite you take and as shown tonight AR was just the same. He had some nice layups and dunks but mostly he had some nice athletic plays that amounted to nothing only because his teammates couldn't give him a decent pass. Only scoring 10 points with 6 rebounds and NO blocks, I was disappointed with the stats but if you saw the game you could clearly tell how important he is to our team. I liked the hustle. Too bad we don't get enough of the good Crispy Pata every night. That will come with time. 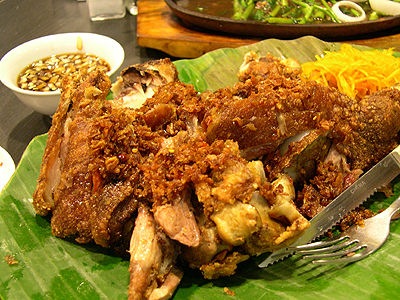 I know I know I'm as "white-afied" as it gets, and yes the overly sugared spaghetti from Jollibee's makes me happy. I can't drag a real Filipino there but hell, every time I'm near the Metreon downtown San Francisco, I just got to have it. This is why I like Captain Jack so much. Sure it's never the best dish on the menu but it's always there and it's always filling and it's always good. The sugar high makes you sleepy later on but when eating it you can't get enough. Just like Jack, he overplays his part and when he's on he's great but when he's off he hurts the rest of the team with too much isolation play. Tonight he wasn't bad but he also didn't produce that much. Scoring only 12 points and 5 assists he was pretty stagnant for the most part but then again he only played 28 minutes. As filling as this dish is you always end up wishing you ate more of something else. 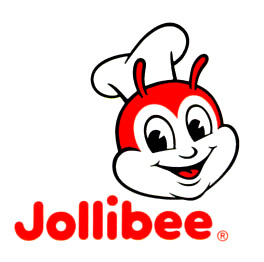 In the end if you didn't watch the game tonight because you were at a Filipino restaurant or at a friend's house eating any of these dishes, then you had a better night then me. The Warriors lost by 22 points and they were really never in it. Playing a back to back game against the Mav's who practically had a week off, this was a no brainer but I would have liked a better showing. Lets hope these dishes can help our Warriors eat hearty for the next two days off.

Rob Kurz! Guy is amazing. He had the lowest plus minus stat of the night with -1. That's got to count for something right? If not then you all know who it is. It's the Crispy Pata baby ... the Crispy Pata (aka Morrow). 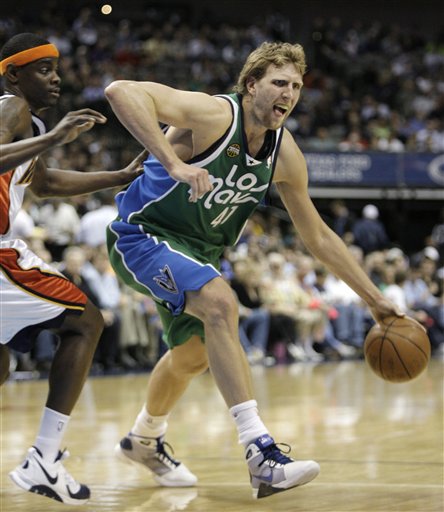 ESPN's only picture of Morrow tonight.